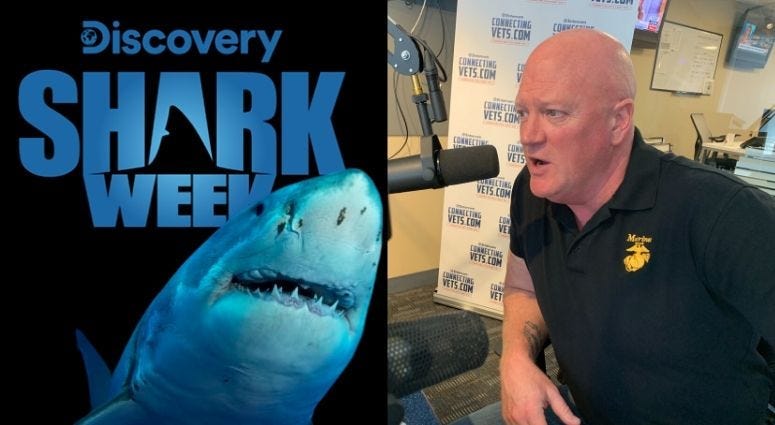 Have you been told that you have a nice voice?  And maybe you should be on the radio?

Well, surprise, you don't need to sound like a monster-truck announcer, "Sunday, Sunday Sundaaaay!" to find work in the voice-over industry.  In fact, most people who read commercials for a living sound like the average, ordinary people you meet on the street.

However, there are a few voices actors in the industry whose sound could easily fill a stadium.  One of them is Discovery's Matt Baker, the voice of Shark Week.  So when I learned he was a Marine Corps veteran, I jumped at the chance to sit down with him and learn some tricks of the trade. 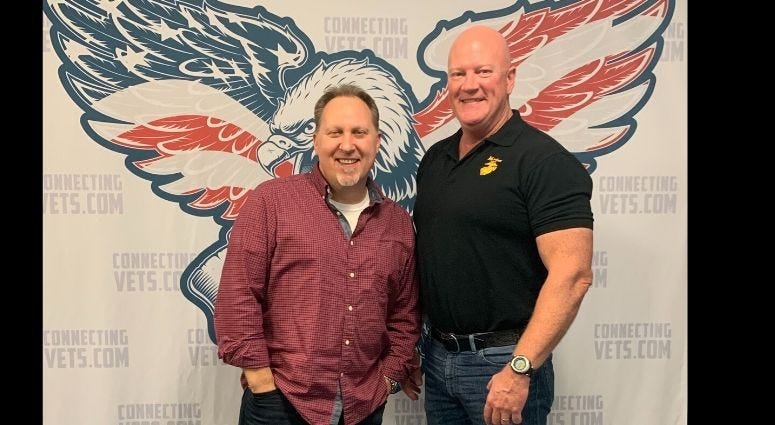 Baker explained that he entered the industry the same way many beginners do, "I basically took an online class at one of those places where you can learn everything from how to make wine to how to find your astrological soulmate."

But even with little or no experience, he was determined to figure it out for himself.  He described working in IT sales during an era he called "boom and bust".

"After working for seven companies in four years I was really sick of it," Baker explained. "Unlike the products I was selling, I knew I could believe in me.  So I made a demo, and was off to the races."

His first break came after a chance meeting with a fellow IT professional who had recently worked at the Discovery Channel, and gave him the phone number of someone in production.  After a couple of months of cold calling and general persistence, he finally landed his first audition.

The few voice-over techniques he learned paid off when he received a call back informing him that his audition was good enough to land a small job reading ad copy. "I was getting ready to take another job at some other IT company, so it came at the right time. As luck would have it, I didn't get the other job, so had this not worked out, I would've been really nervous."

That was 18 years ago and since then Baker has gone on to read scripts for networks like Discovery, TLC, Velocity, Motor Trend and more.  If you've ever watched Discovery for more than 15 minutes, you've heard his voice.

So when he recently joined me in-studio, I asked him to share advice for those who are wondering how they can make money as a professional voice over. Among his suggestions are:

The Marine veteran said he takes his own advice too, when it comes to growing his business.

"My job now isn't just standing behind the mic and sounding good.  It's finding people and companies to pay for me to stand behind the mic," said Baker.  "You're always hustling."

To hear more of Matt Baker's over reel check out BigBaldVO.com