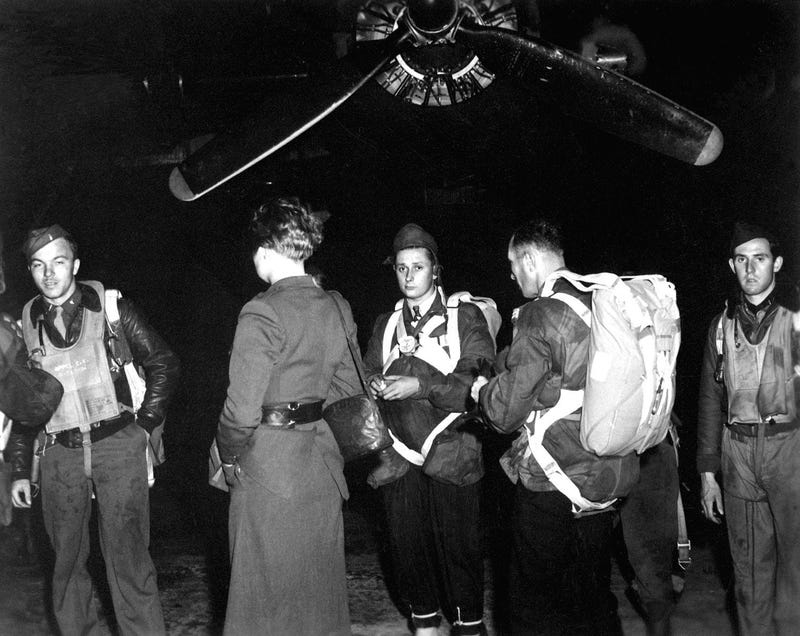 Major General Jack Singlaub is a legend in the Special Operations community, and he's just celebrated his 99th birthday.

Singlaub served in World War II, the Korean War, and in Vietnam where he commanded Studies and Observations Group. His exploits are an honored part of Special Operations history today. My friend, author, and former Green Beret Jim Morris interviewed General Singlaub many years ago but at the time redacted some information that could still be sensitive. Today, he's publishing the unabridged interview in the official magazine of the Special Forces Association Chapter 78, called The Sentinel.

In Morris' interview with Singlaub, the topic of conversation is his time on a Jedburgh team that had infiltrated behind enemy lines in Nazi-occupied France.

“The invasion of the north had already started, and my first mission was to train the maquisards, and prevent movement of German troops from the southern part of France up toward the invasion beachheads. So, I just cut all the railroads,” Singlaub described.

“No, I blew about a foot off of every curved rail in the whole province. Every place there was a curve in the province, or where they had stacks of curved rails, I just chopped a foot off."

After that, Singlaub and the resistance fighters he was with ambushed Nazi convoys driving down the road and laid siege to several Nazi garrisons scattered around France.

“Well, we parachuted into a British agent living as a Frenchman. He was a captain in the British Intelligence forces, but was living undercover. He had indicated to London that there was a good potential for resistance in this area, and that he would run the reception committee. He gathered us up and took us to a little farmhouse and introduced us to leaders of this resistance movement," Singlaub said of his mission into France. Interestingly, rival resistance groups were in competition with one another on the ground.

"The communists would constantly try to steal any equipment drop that was coming into an area. If they found out that I was running an equipment drop for the AS battalion, they would go out and set up a reception committee, lay out the lights, and send signals, in hope that the airplanes would drop, and on at least one occasion they did. I complained that the aircraft didn’t come as I’d been told, and London came back with, ‘You must be out of your mind. The pilot claims he dropped the supplies.’ I found out later they had stolen the supplies. The communists were more interested in arming for the war after the war than they were in fighting the Germans in that area," Singlaub said.

He went on to describe some tough firefights as the Jedburghs and the French partisans attacked Nazi garrisons. On one occasion, their offensive stalled as they met heavy resistance and the Nazis began calling in strafing runs on their position. Singlaub and his men never gave up though, and even after the Nazis were chased back to Germany he volunteered for service in the Pacific theater.

Any summary of Jack Singlaub's career is inevitably going to fall short. However, he has written an autobiography that is worth a read called Hazardous Duty.

Meanwhile, the full interview that Morris conducted with Singlaub will soon be published on the Chapter 78 website.