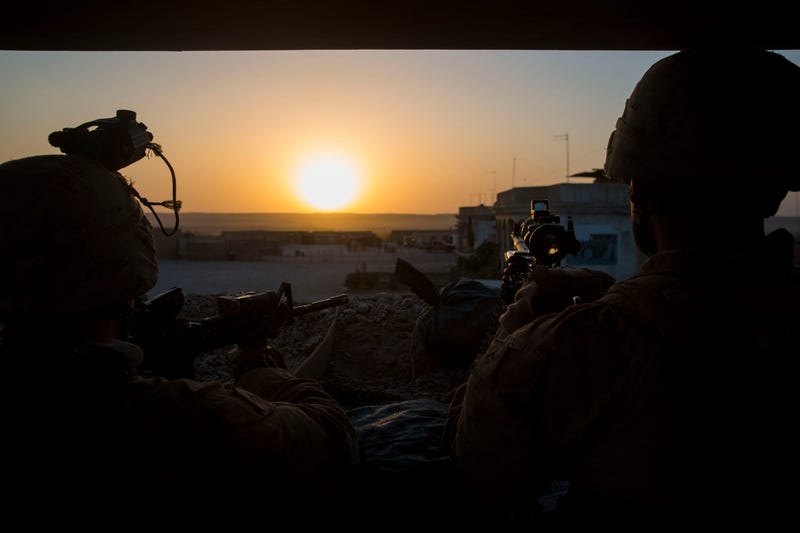 Post-traumatic stress disorder can be difficult to identify and diagnose because no objective test exists — diagnosis depends on clinical interviews and self-reporting. But according to researchers at New York University, there might be a better way.

In a recent study at NYU, speech-based markers identified veterans with PTSD with 89 percent accuracy.

The study interviewed 129 veterans — 52 who had PTSD diagnoses and 77 control individuals with no diagnosed PTSD. From the interviews, researchers collected 40,526 speech features that they ran through an algorithm. That algorithm narrowed down all those speech features to just 18 that could identify veterans with PTSD with 89.1 percent accuracy.

“They were not the speech features we thought,” Dr. Charles Marmar, an NYU psychiatry professor told the New York Times. “We thought the telling features would reflect agitated speech. In point of fact, when we saw the data, the features are flatter, more atonal speech. We were capturing the numbness that is so typical of PTSD patients.”

Because there is currently no objective test for identifying PTSD, veterans often downplay symptoms and avoid diagnosis until it's too late.

“We’ve known for a long time that you can tell how someone is doing from their voice. You don’t have to be a doctor to know when someone is feeling down,” NYU statistician Eugene Laska said. “But this could take some of the fuzziness out of the process, and help clinicians make better decisions.”

More work needs to be done before these results can really be implemented effectively. For example, this study had to exclude any veteran who had major depressive disorder — and many veterans with PTSD also have MDD. Any veteran with depression symptoms, alcohol use disorder, or traumatic brain injury was also left out of this first study.

“We should be enthusiastic but sober,” director of the Traumatic Stress Studies Division at the Mount Sinai School of Medicine Rachael Yehuda said. “This is an important effort. But mental health conditions are complicated and I suspect there is more work to be done.”