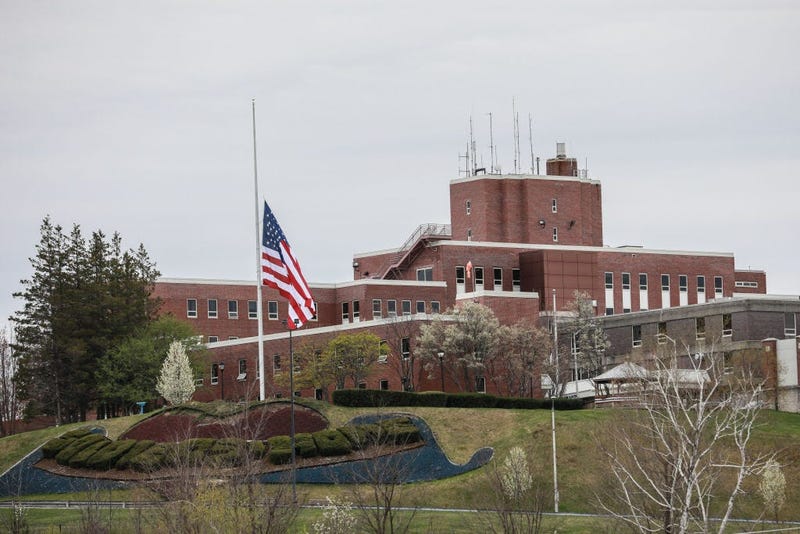 Aging, ill and disabled veterans living at state homes across the country were "left behind" during the coronavirus pandemic, according to a recent report, and now more than 1,000 have died.

At least 1,011 residents of state veterans' homes across the country died from complications of the coronavirus as of July 17, according to a report released last week by Vietnam Veterans of America (VVA). But that number is likely much higher. Only 47 of the 162 total state veterans' homes have reported data to federal officials so far -- five months into the pandemic.

As the numbers of veterans dying in state homes began to grow, VVA assembled a committee to investigate. VVA leaders called what they discovered "disturbing" -- a lack of oversight, transparency and most of all, accountability, investigators said. So far, the committee has been unable to obtain pandemic data for 115 of the state homes, leaving the extent of the virus' effects on older veterans unclear. But advocates and lawmakers said the number of known deaths is startling enough to question the Department of Veterans Affairs' role in managing the homes.

VVA leaders said VA refused to own any responsibility for the failings at state homes that led to so many deaths. The rising death toll, VVA said, "called into question the entire spectrum of the state veterans' home/VA relationship."

"There is a sense that VA does not embrace the care of these veterans as being part of its mission," VVA's report reads.

The report, "America's Aging Veteran Population and the COVID-19 Pandemic," is the result of five months of investigation into the state homes, and comes to one major conclusion: VA should have a greater role in overseeing the state homes.

“We were disturbed that VA officials, including VA Secretary Wilke, have denied having any authority or responsibility for veterans in the homes,” said VVA National President John Rowan. “In truth, VA’s Geriatric and Extended Care Programs offer a continuum of services and programs -- which include the state veterans' homes. We were dismayed that VA leadership had chosen to view this group of veterans as part of VA’s Fourth Mission -- to assist civilians in times of emergency.”

Veterans eligible for VA-funded assisted living care are split up among several types of facilities. Some receive care at 157 state veterans’ homes. Others, at VA-managed community living centers (CLCs). Still others receive care at private facilities paid for by VA.

VA provides federal grants to the veterans' homes, but they are owned and managed by the states under federal law. VA officials told lawmakers during a hearing last month that the department “does not have authority over the management or control of a (state veterans’ home).” But VVA leaders said VA "relies heavily on state homes to provide the bulk of longterm care for our elderly veterans."

VA is responsible for ensuring the homes meet department standards through annual surveys, audits, inspections and other checks. In some cases, VA is the only agency inspecting the facilities, a 2019 Government Accountability report revealed. That report also showed VA allowed its inspectors to disregard failings at some state homes.

But a sharp disparity has emerged over the course of the pandemic. In an interview last month, Secretary Robert Wilkie said just two of the about 7,500 veterans in CLCs nationwide were battling the virus. In other interviews, Wilkie stressed his lack of direct authority over the homes, but said VA had moved into some of them to offer aid.

VA officials said the department has admitted more than 120 patients from at least 12 state veterans' homes, in addition to deploying staff to state homes directly. VA offered that aid through the agency's Fourth Mission, to serve as a last line of defense for the American health care system in emergencies such as natural disasters or pandemics.

VVA's report revealed that at least 33 of the state homes saw 10 or more veterans die because of the coronavirus. The facilities with the greatest number of deaths were the Soldiers' Home in Holyoke, Mass., and the Paramus Veterans Memorial Home in New Jersey. Both reported more than 80 COVID-19 deaths. VA does not include the deaths of veterans at state homes in its COVID-19 data, Press Secretary Christina Noel previously told Connecting Vets.

Lawmakers were dissatisfied with what several viewed as VA shirking responsibility, arguing that there should not be separate standards of care for veterans under VA's direct authority and those at state homes. VVA's report reflects that, saying Wilkie "disavowed any responsibility" and calling his comments "puzzling," "disappointing and disturbing."

"The scope of his responsibility applies to every one of the 20 million living veterans and the 3.83 million veterans buried in 143 VA cemeteries, not to mention America’s men and women in uniform serving on the frontiers of freedom today," the report concludes.

Federal law states that VA "shall have no authority over the management or control of any state (veterans') home, Noel pointed out, arguing that states are "solely responsible" for the homes "and any problems that arise within them."

VA data estimates that nearly 55% -- more than 10.8 million -- of all American veterans are 65 or older. Congress, veteran service organizations and other advocates have continually questioned whether VA is prepared to handle a growing number of aging and ill former service members. The pandemic has deepened those concerns.

“The idea of not abandoning a fallen soldier on the battlefield is a tightly held credo,” Rowan said. “Images of overflowing emergency rooms, body bags stacked on loading docks, refrigerated trucks for morgues and stories of patients dying without their families triggered memories of our own wartime experiences, and we recognized that today’s battlefield is the COVID-19 pandemic.”