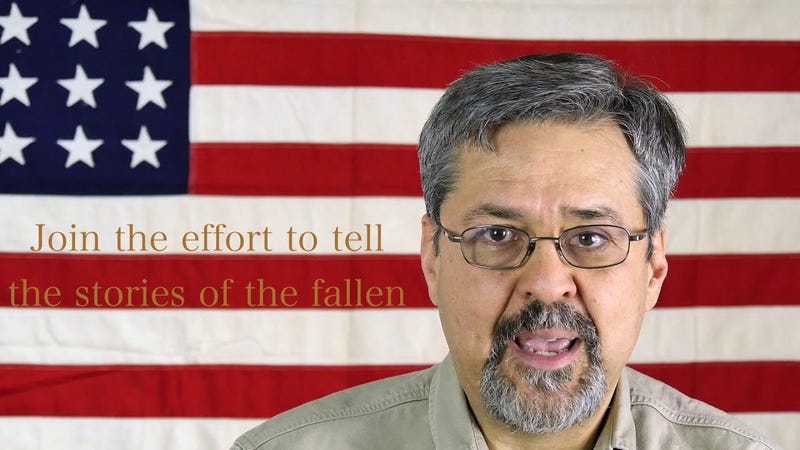 A self-proclaimed history buff is on a mission to tell the stories of the more than 400,000 American GIs who died while serving during World War II.

Utah resident Don Milne began the nonprofit Stories Behind The Stars to do just that. Since 2017, he has researched and written about the fallen members of the Greatest Generation.

Milne said he initially started the project as a hobby.

“My children are older and I had some free time,” he explained.

Every day during his lunch break at work, he would write about someone who died during World War II.

About a million people read those stories in 18 months, he continued.

“I think there’s a connection where people want to read those stories,” Milne said, adding that the short, obituary-type stories are “super easy” to write.

“Every story that is written gets us closer to being done,” Milne said.

Milne wants family members and friends of the fallen to submit stories to the website about those who died. Volunteers are also needed to help write about the fallen.

“Find the name of someone who died in World War II, and write their story,” he urged. “It takes an hour or two. You get access to websites like ancestry.com, newspapers, Fold 3, if you can write an obituary, you can write a story.”

Ultimately, Milne hopes to develop a searchable database and smartphone app, so users can visit cemeteries, scan a name on a headstone and be directed to a webpage that tells the soldier’s story.

“There’s no reason that in the year 2020 we can’t have gravesites that are more than just names on stone,” he said.

To learn more about Stories Behind the Stars or to become a volunteer writer for the project, click here.