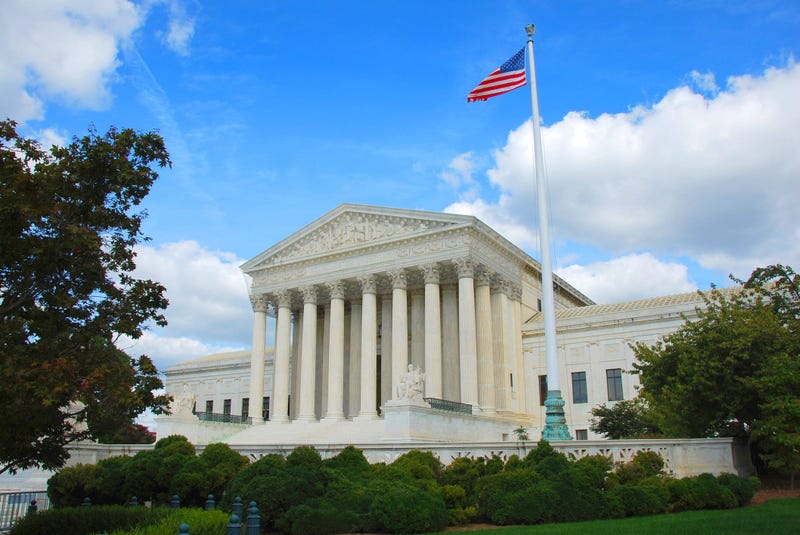 The Supreme Court on Monday declined to review a challenge to the Feres Doctrine, a 69-year-old SCOTUS decision that blocks service members and their families from suing the government for medical malpractice and other harm.

The court denied a petition to hear a wrongful death case brought by U.S.Coast Guard Lt. Commander Walter Daniel, husband of Navy Lt. Rebekah Daniel, a Navy nurse stationed at Naval Hospital Bremerton in Washington, who died during labor in 2014.

Rebekah gave birth to a daughter at the hospital where she worked but died of blood loss hours later. Daniel and his attorneys allege that Rebekah died because she lost “nearly one-third” of the blood in her body because doctors and nurses at the hospital failed to prevent postpartum hemorrhaging.

The Monday decision says that Justice Ruth Bader Ginsburg “would grant the petition” for the court to review Daniel’s case.

Justice Clarence Thomas wrote a dissenting opinion from the court’s denial to review the case. And it’s not the first time Thomas has urged the court to review Feres.

“Feres was wrongly decided and heartily deserves the widespread, almost universal criticism it has received,” Thomas wrote. “I write again to point out the unintended consequences of this court’s refusal to revisit Feres.”

Thomas detailed the 2019 case of two veterans who said they were exposed to asbestos and developed cancer as a result while on active duty. Both veterans served on U.S. Navy ships with equipment that used asbestos insulation or parts. The manufacturer of the equipment delivered much of it to the Navy without asbestos, meaning the Navy added it to the equipment later.

The veterans couldn’t sue the Navy because of Feres, so they had one option.

“Such unfortunate repercussions — denial of relief to military personnel and distortions of other areas of law to compensate—will continue to ripple through our jurisprudence as long as the court refuses to reconsider Feres,” he wrote. “Had Congress itself determined that service members cannot recover for the negligence of the country they serve, the dismissal of their suits ‘would be just.’ … But it did not. Accordingly, I respectfully dissent from the Court’s decision to deny this petition.”

A bill in the House, the "SFC Richard Stayskal Military Medical Accountability Act" seeks to overturn the Feres Doctrine, which can only be changed through an act of Congress or by the Supreme Court. The bill is named for Green Beret Sgt. 1st Class Richard Stayskal, who is dying of cancer because of repeated mistakes made by military hospitals.