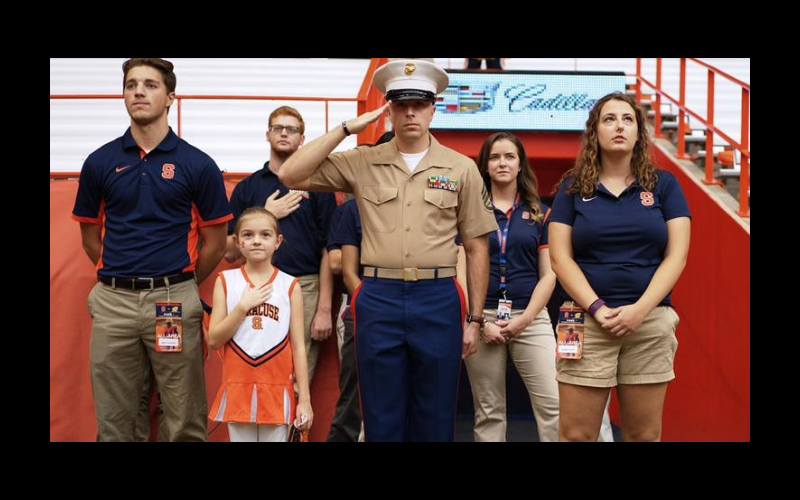 Recently elected veterans on both sides of the aisle are making an impact on the national, and local, political stages. In the last year, Texas Congressman Dan Crenshaw and Indianapolis Mayor Pete Buttigieg are among the veterans in politics that have become household names alongside more established vets like Rep. Tulsi Gabbard and Sen. Tom Cotton.

Interestingly, the majority of the vets in Congress have done so with little, or no, political experience beforehand. Can you imagine what else they could accomplish had they been formally trained? That's the idea behind a new course from Syracuse University for vets interested in a career in politics.

The course, a partnership between Syracuse's Maxwell School of Citizenship and Public Affairs and the Institute for Veterans and Military Families (IVMF), will focus on preparing student veterans for work in the political sphere, including campaign management, fundraising and more. Steven Lux, the Director of Maxwell's Executive Education Program says the hybrid program (with online classes and a seven day on-campus segment) will allow prospective politicians from across the country to take part. Lux is quick to point out two things:

1. The program will be cost-free with the exception of travel to the Syracuse Campus for the on-site portion.

2. It's not just for those who want to be the next president.

Did you know today there are less than a 100 veterans in the Senate and House? Now more than ever veterans are needed in public office. @MaxwellSU & @syracuseU have a new bootcamp for vets aspiring for public office. Learn more https://t.co/VKPD2Sivxv #BestPlaceForVeterans #IVMF

Applications have just opened for the class which will begin in the fall 2019 semester. The course is not part of a degree program and will include an initial cohort of about 24 students. Army vet and IVMF Senior Director of Research and Policy Nick Armstrong says they're looking for a politically diverse class. While the overall political climate these days is a bit tumultuous, to say the least, Armstrong believes his fellow vets have already shown they can rise above the fray.

"We know from looking at congressional activity that veterans tend to exhibit more bi-partisan behavior and tend to sponsor more bi-partisan bills," Armstrong said. "... I think that's one thing we'd expect to see and why folks would be excited about a program like this that would help enhance those skill sets and put folks at a better advantage of winning those elections from both sides of the aisle."

The application for the program, and more details can be found at the Maxwell School website.

You can hear the full interview with Steven Lux and Nick Armstrong below.