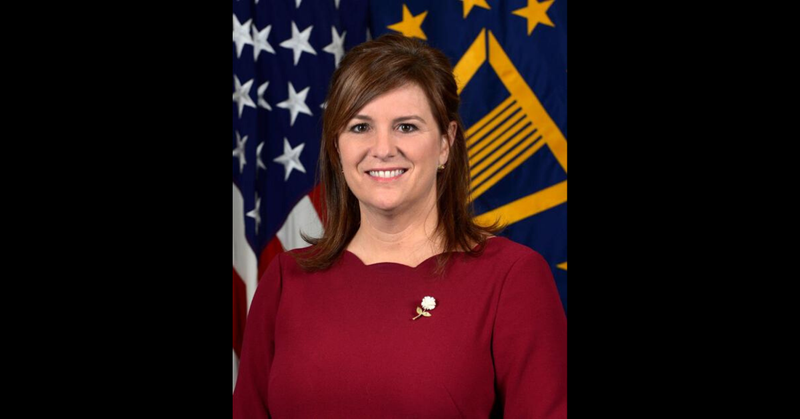 As the number of veterans infected with and dying of the coronavirus grows, President Donald Trump tapped the Department of Veterans Affairs' chief of staff to step up to the No. 2 role at the agency.

VA Chief of Staff Pamela Powers has been tasked by Trump to act as deputy secretary for the department, VA announced in a news release Tuesday.

Powers assumed her role April 2, VA said, though the change was not made public until April 7. She will hold the position "until further notice while continuing to perform her duties as VA chief of staff," VA's release read.

“Pam has quarterbacked VA’s historic transformation for the better part of the last two years,” VA Secretary Robert Wilkie said in a statement. “Her deep experience and decisive leadership style will yield tremendous benefits for Veterans and the department during this important time.”

Powers' promotion comes about two months after Wilkie announced he had fired his previous deputy secretary, James Byrne, after five months on the job and with little explanation.

Two days after dismissing Byrne, Wilkie called it a "simple business decision," adding that it was "nothing personal" and Byrne failed to "jell" with other members of the VA leadership "team," during a news conference at the National Press Club in Washington, D.C. Byrne's removal won't negatively affect ongoing VA work, including the electronic health record overhaul which Byrne was overseeing, Wilkie said.

"It was in the best interests of the organization," Wilkie said.

VA Secretary fires his No. 2 after 5 months on the job

The announcement also follows VA's growing role in the federal coronavirus response. VA's fourth mission means it serves as a backup for the American healthcare system during health crises, including the COVID-19 pandemic. VA has sent aid to areas hardest hit by the virus and Wilkie said Sunday the department plans to open 1,500 hospital beds to non-veteran coronavirus patients.

Powers has nearly 30 years of service in the Air Force and in the Department of Defense, according to VA, "with experience in executive-level management, policy development, strategic planning and programming, legislation, operations and communications."

Powers is a U.S. Air Force Academy graduate and previously served as chief of staff to the Undersecretary of Defense for Personnel and Readiness. She holds a bachelor's degree in organizational psychology, a master's of strategic studies from the U.S. Army War College and a master's degree in organizational management from the University of Phoenix.

Powers retired from the Air Force as a colonel in 2018 and her awards and decorations include the Legion of Merit and Defense Meritorious Service Medal.