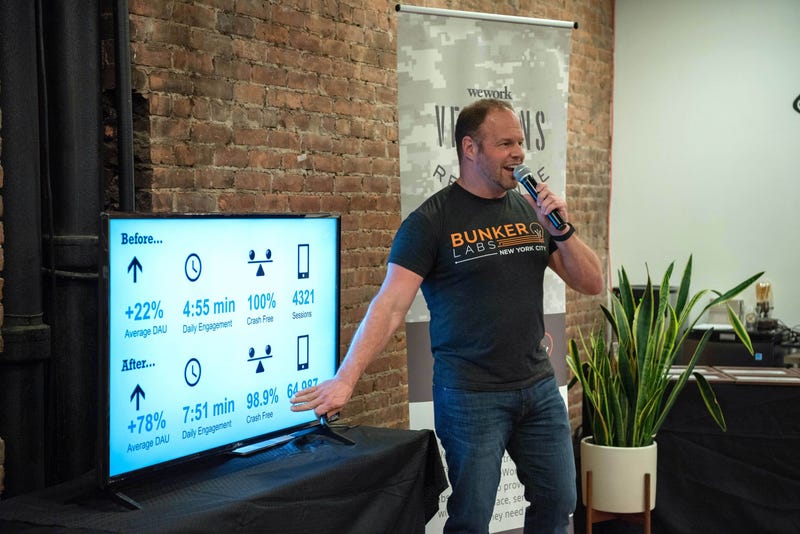 NEW YORK, NY – Nancy Preston’s journey into entrepreneurship began while she was deployed in Iraq in 2007. She always wanted to be her own boss, but she was timid about taking the plunge until she faced fear head on while working 21-hour days in her Army operational unit with no breaks for nine months.

"I'm exhausted, but this fear that I used to have about running my own business kind of washed away after I realized what we've been doing and how hard we've been going for so long," said Preston. "I always had this pull that I wanted to start my own business and I wanted it to be something I was really passionate about. So, that night, this epiphany came over me that if I can do this for God and Country, then I can do this for myself. I can really make something like this happen and it's going to be in my passion - it's going to be in food."

Preston, 43, found Milk Money Kitchens in May 2018 and applied to the WeWork Veterans in Residence powered by Bunker Labs. She was selected for their second run of the program that began last August and ran for 6 months through the end of January.

"We want to reduce the fixed cost and the overhead cost for people who want to start or grow food businesses", Preston said. 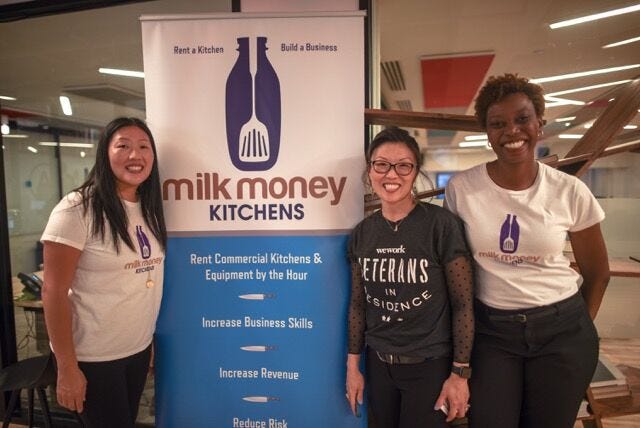 The 6-month VIR program is for military members and veterans with an idea for a business. It matches entrepreneurs with mentors and resources to aid in rapid growth.

The Veterans in Residence Program opened Preston's eyes to "make the most of every opportunity" and advance past the start-up phase into steady growth.

Her VIR cohort, Steve Forti, a Green Beret, seized on his vision to develop a mobile app that encourages competition in fitness.

FitFight, was born while Forti was deployed to Romania on a training mission in 2013. He had a group email chain with military friends scattered throughout places such as Afghanistan, the United Kingdom and North Carolina in which they would compare their workouts. Once, a member questioned Forti so he took a video of his workout to prove his time. 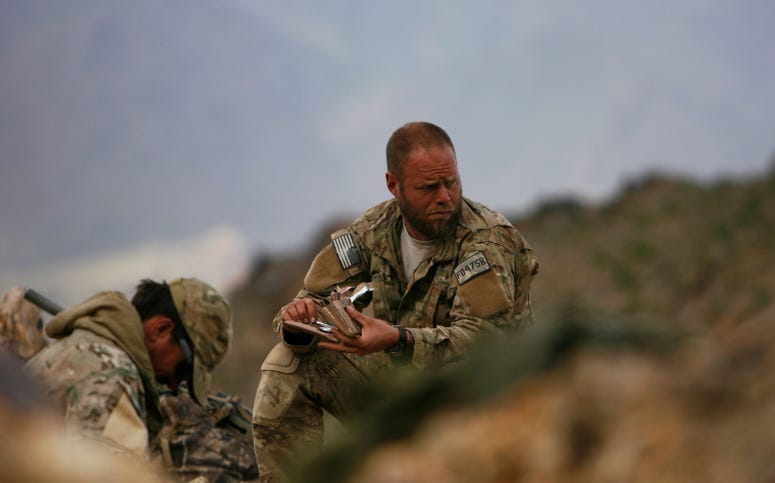 "Literally, as I hit the enter key, I realized that I was going to someday build a business around this concept," said Forti, now 47. "And, that was sort of the impetus of it.”

Forti's mentors at the WeWork Veterans in Residence powered by Bunker Labs connected him with a development team and a designer who worked for Nike. Today, he employs 10 people in the WeWork network.

FitFight is growing conservatively at 68 percent a month with an average of 1,000 submissions from users who launch fitness competitions with users from around the world, including Yemen, Ireland and Venezuela.

He has even teamed-up with Navy Lt. Dave Hunt of CrossRope for sponsored challenges.

"Steve Forti already used his own funds to go and pay for legal aid and contracts and so forth, and we try to help our businesses meet other experts in that field at low to no cost,” said Bunker Labs Northeast Regional Executive Director Katherine Kostreva.

"The institutional experience and the guidance that was offered for some of the connections, either for the formal engagements or the informal engagements, can't be quantified, but in a good way [it’s] immeasurable,” Forti said.

Kostreva is part of the selection committee for the Veterans in Residence Program. It's a selective process, but the VIR program will help connect veterans with resources and a WeWork office space at a 25 percent discount for all veterans for their first year. 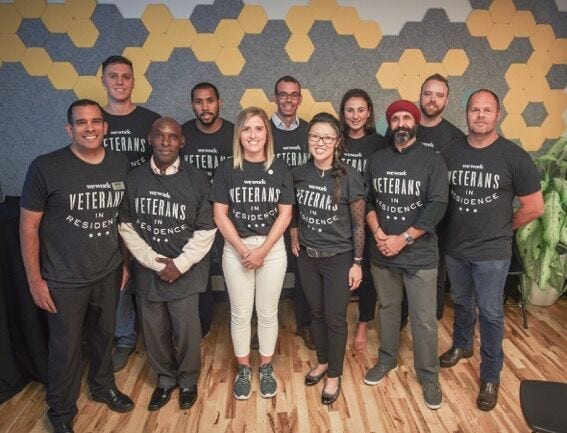 About 10 people are chosen for each program in each city from a pool of hundreds. Applicants go through several stages of interviews. Generally, they are looking for candidates who have a business plan in mind and need direction in specific areas for which mentorship will be a key asset in setting veteran entrepreneurs up for success.

You can apply for the VIR program at we.co/veterans