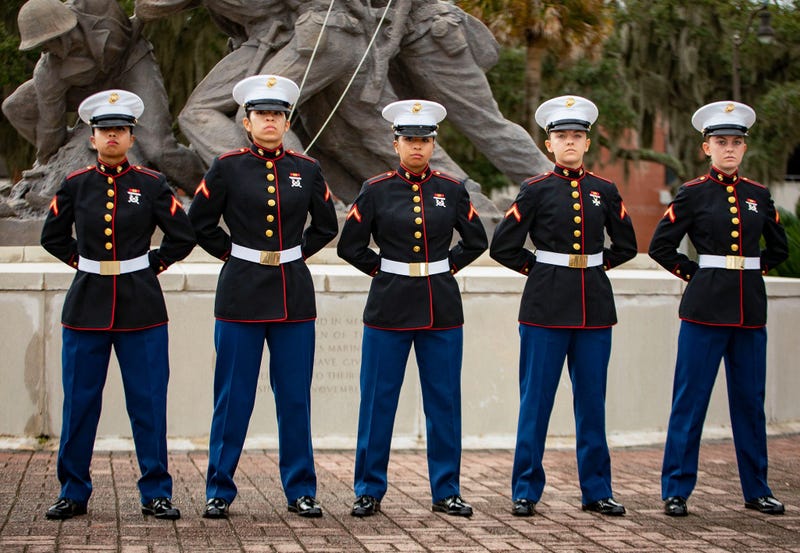 The Valentine sisters and the Placido Jaramillo sisters all graduated Marine Corps recruit training at Parris Island in South Carolina together.

Amber and Ashley Valentine, 22 and 19, decided to enlist to honor their grandfather's legacy of military service. The two sisters from Manassas, Virginia. waited for each other to clear the enlistment process so they could attend recruit training together -- and it proved a wise decision. 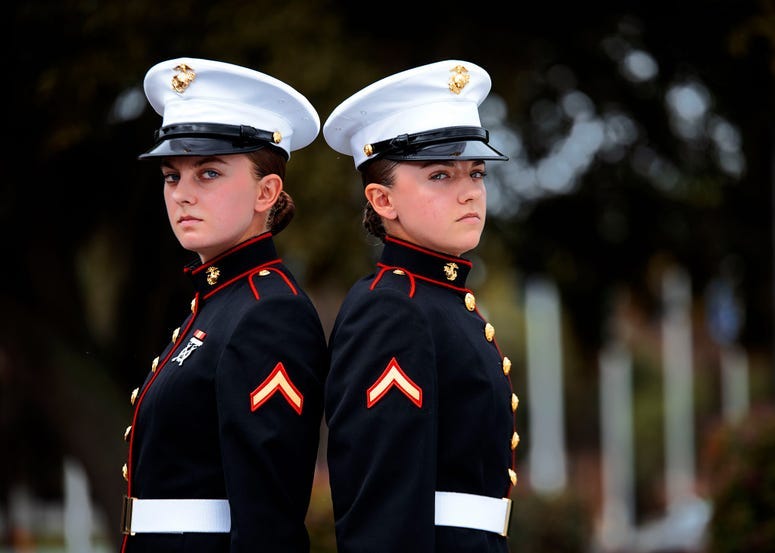 “I went through a moment during first phase where I received some bad news in a letter, and she was there to be a shoulder for me to lean on,” Amber said of her sister.

Ashley suffered a hip fracture prior to graduation and will stay behind on Parris Island while her sister moves on to Marine Combat Training.

Maria, Vanessa and Melissa Placido Jaramillo planned to join the military together from childhood. The twins, Melissa and Vanessa, 22, and Maria, 21, grew up together in Las Vegas and described their connection as an "unbreakable bond." 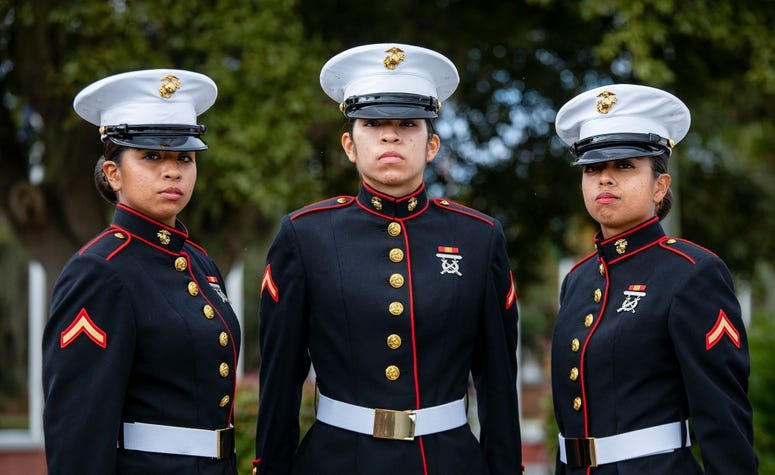 The Marine Corps will likely take the two sets of sisters in different directions, but the support system will remain.

“We are always together, but we know how to live separately," Maria said. "I know that my sisters will always be there for me, even when they are not physically with me.”

Reach Elizabeth Howe on Twitter @ECBHowe.
Sign up here for our newsletter to get more connected to the stories and resources Connecting Vets has to offer.