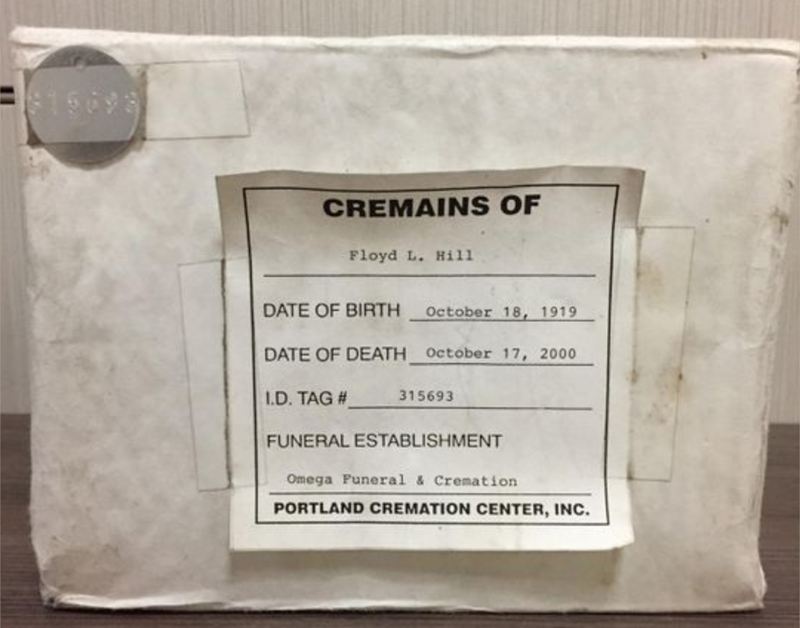 Turns out a box of cremated remains left on a street intersection in Portland, Oregon belong to a WWII veteran. The remains were discovered by a community member who turned them into the police.

Police say the remains are Floyd Leslie Hill's. While they know his date of birth and death they were unable to find out much more information.

The Oregonian/ Oregon Live did some digging and found records from the 1940 census that list him as a soldier stationed in Los Angeles. He also spent time in Washington before serving in an artillery division in Alaska for at least three years, according to a World War II history book.

Hill's family was located but according to the Oregonian/OregonLive he was estranged from them his entire adult life and they were not interested in his ashes.

As a result, the remains will be turned over to the Missing in America Project — an organization that arranges internment ceremonies for unclaimed veterans.

It is unknown how Hill's remains came to be left on the street.