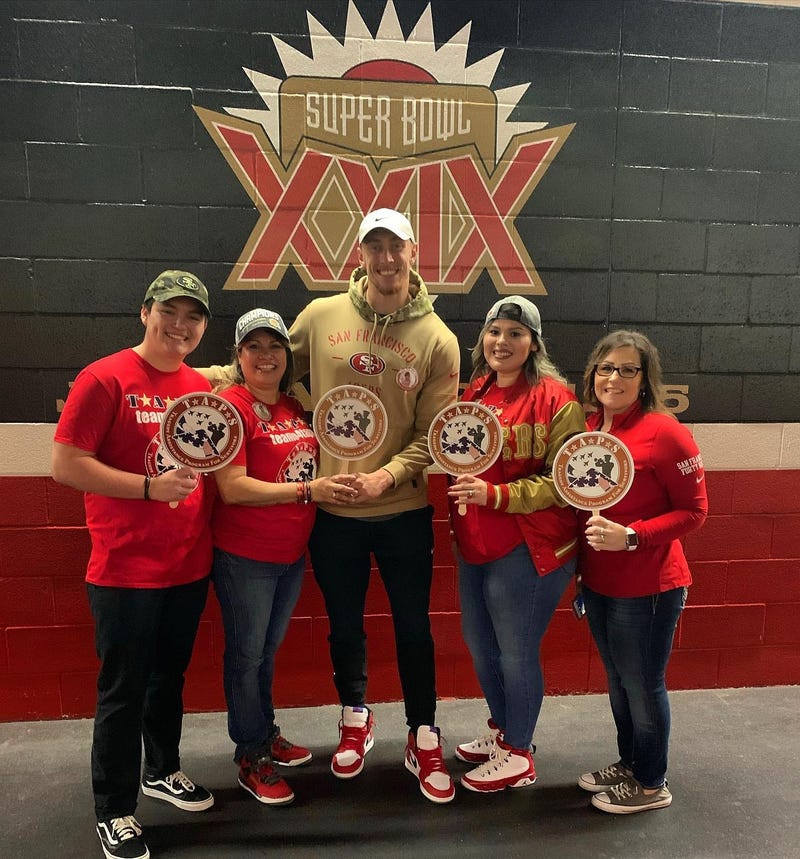 In partnership with USAA and the Tragedy Assistance Program for Survivors,  49er’s star tight end George Kittle is providing tickets to Josephine and Nicolas LaMar, the widow and son of Army Sgt. Martin LaMar to Sunday’s big game in Miami.

In a tweet, Kittle wrote that he was “excited” to provide the tickets and “humbled to work with USAA and TAPS” to honor LaMar’s legacy.

Excited to provide 2 tix to the #SuperBowl to the surviving family of @USArmy SGT Martin "Mick" LaMar of Sacramento (KIA 01/15/2011). Humbled to work with @USAA & @TAPSOrg to honor his legacy. We will never forget. #SaluteToService 🇺🇸 pic.twitter.com/OFeE4cQV2t

LaMar was killed during an insider attack in Mosul, Iraq on Jan. 15, 2011 when an Iraqi soldier, who was being trained by the Americans, opened fire. The attack also claimed the life of Sgt. Michael P. Bartley and occurred on LaMar’s wedding anniversary.

LaMar was 43 at the time of his death and is survived by his wife and five children.

The 49ers take on the Kansas City Chiefs in Sunday’s big game in Miami, Florida.

Surprise of a lifetime: Injured Marine gets free tickets to the Super Bowl