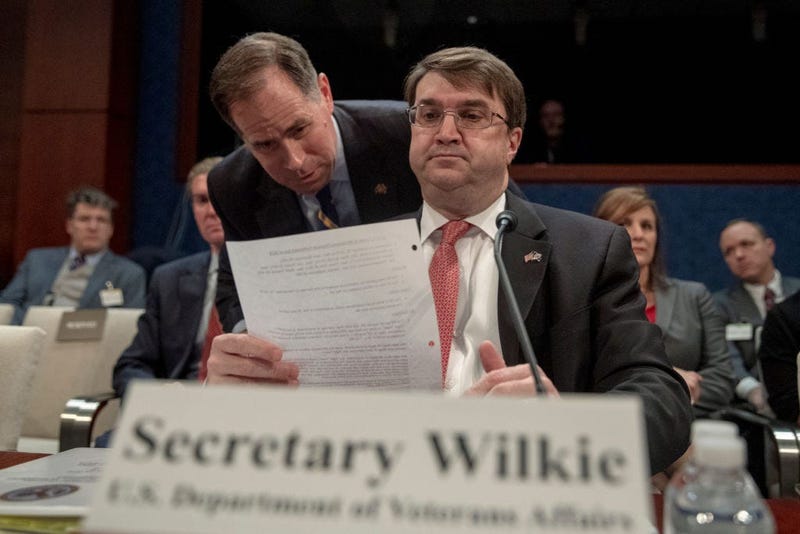 The Department of Veterans Affairs had an opportunity Tuesday to defend itself against allegations from whistleblowers that retaliation against them has gotten worse -- not better.

President Donald Trump in 2017 created the Office of Accountability and Whistleblower Protections, and Congress codified it in the Accountability and Whistleblower Protection Act, intending to improve accountability of VA leadership and employees through investigation of "all allegations and concerns" and to provide recommendations to remove, demote or suspend staff and leadership based on "poor performance and/or misconduct." One integral part of the executive order and act was that the OAWP was intended to "provide the protection of valued VA whistleblowers against retaliation for their disclosures."

But last month, whistleblowers sat before Congress and told horror stories of decades of retaliation that had not improved since the OAWP was activated, and in some cases, worsened.

“I would have successfully committed suicide because retaliation is so severe,” Dr. Katherine Mitchell, one of the doctors who in 2014 first shone a light on extensive wait times for veterans at the Phoenix VA. revealed in June. “I don’t say that to shock you. This is at a level you can’t imagine. It is destructive to everyone and it is dangerous to veterans.”

The OAWP itself is under investigation by the VA Inspector General for allegedly retaliating against the same VA staff it was intended to protect.

The day before a VA doctor was scheduled to testify to Congress at the June hearing, she received notice from VA leaders -- they were firing her, which whistleblower advocates said at a Tuesday House Veterans Affairs Committee hearing was "intended to send a message." VA Special Counsel said a hold had been put on that doctor's case but provided no further details Tuesday.

Whistleblowers at both hearings said they sought help at OAWP but the office is often understaffed, underfunded and faces backlogs of thousands of cases, among other issues.

"The results aren't getting better for us," Tom Devine, legal director of the Government Accountability Project, said Tuesday. "The problem isn't going away and it's not surprising that it's not going away."

But at Tuesday's hearing, VA representatives did not provide many substantive plans to address the particular concerns raised by those whistleblowers a month ago, providing, for the most part, talking points for plans either already in place or already required of VA under the previous policy.

A representative of the OAWP, Tamara Bonzanto, at Tuesday's hearing said that VA Secretary Robert Wilkie and the OAWP "recognized the need for whistleblower improvement protection within the VA" and "recognize the sense of urgency to improve operations" at OAWP.

Bonzanto said her office planned to improve by:

It's been two years since the OAWP was founded, but Bonzanto and watchdogs said training for VA employees on how to report wrongdoing and preventing retaliation has not yet been put in place.

Bonzanto said the plan was to have those improvements in place by the end of 2019.

The whistleblower protection office also was still working to comply with the law, including creating a team to track VA following through on audits and investigations by VA watchdogs such as the Government Accountability Office, Inspector General, special counsel and VA's medical inspector, Bonzanto said.

Bonzanto said she and Wilkie "value all VA employees and whistleblowers and ... want VA to be a place where employees are encouraged to raise concerns about our operations and can trust that management will take allegations of wrongdoing seriously ... and not face retaliation for raising those concerns."

VA leadership is working to "break down silos of communication" with staff to try to improve trust, Bonzanto said. "There is room for improvement. I admit to that."

Whistleblower advocates including Jacqueline Garrick, founder of Whistleblowers of America, said there are still long backlogs of whistleblower cases, no investigation into cyberbullying and online threats against VA whistleblowers and a lack of accountability for VA management accused of wrongdoing, who in some cases "just investigate themselves."

"Frankly, the testimony today left me wanting more and I remain concerned," Rep. Chris Pappas, D-N.H. said, adding that another whistleblower hearing is planned for September.

"We have a responsibility to create a culture in which everyone is held accountable," Rep. Jack Bergman, R-Mich., said.

A veteran’s foot was amputated because of VA ‘substandard care,' investigation shows