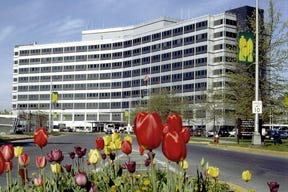 is Department of Veterans Affairs leaders have repeatedly assured Congress that the agency is prepared to respond to the COVID-19 outbreak.

But employees and patients within the VA’s system of 141 medical centers and more than 1,000 clinics said they are concerned that confusion, uncertainty and a lack of tests at the hospital level could cause harm.

VA cares for about 9 million veterans across its medical centers, clinics and 134 nursing homes and long-term care facilities, making it the largest single healthcare provider in the country.

As of March 17, VA officials said they were tracking at least 38 cases of veterans testing positive, or presumptively positive, for the virus after administering more than 322 tests nationwide. One veteran in Oregon died of complications related to COVID-19 March 14.

VA confirmed at least one employee tested positive in Brooklyn, N.Y., a doctor who continued to treat patients after being exposed but provided few details about who else may have been exposed.

USA Today on Tuesday, first reported that 11 VA employees tested positive and were quarantined at home. The employees are in Seattle and Tacoma, Wash., Nevada, New Mexico and Palo Alto, Calif.

Repeated requests for more information about the number of VA employees who have tested positive or with whom they may have been in contact.

VA recently announced the first death of a veteran connected to the virus and since then VA began limiting visitors to its hospitals and clinics nationwide. It previously locked down visitation at its 134 nursing homes and 24 spinal-cord injury/disorder centers, which care for a total of 65,000 veterans vulnerable to the virus nationwide.

Employees cited “many different policies and guidance” and “confusing direction” that “changes every day.”

Confusion includes how medical staff triages patients, where they can do it, whether clinics are open, whether testing can be done on-site and which employees can work remotely.

Employees said they receive emails from VA Secretary Robert Wilkie and other directives from VA leaders about response plans, but then local VA facilities may adapt those plans, leading to confusion.

“As we proactively find ways to solve any logistical, technology or infrastructure challenges that may arise, we will emerge as a more agile organization,” Wilkie wrote in one email, obtained by Connecting Vets.

“The panic and uncertainty about everything is overwhelming,” said one VA employee who is also a veteran. “I got about two hours of sleep last night. My anxiety is through the roof … The veterans (at the hospital) are scared and confused.”

Triage is when medical staff determines the level of injury or illness a patient has to determine the priority of their case. Possible COVID-19 cases, in this context, should often be prioritized.

At the James J. Peters VA Medical Center in the Bronx, the main entrance was manned by at least one employee in an area designated by bright-colored tape on the floor, according to a video reviewed by Connecting Vets. VA officials said the entrance is staffed by two employees.

Large VA mobile medical units were moved in front of the hospital’s entrance and will be used for triage “for all that wish to come into the hospital” according to internal memos reviewed by Connecting Vets.

The bus and tents were set up near the entrance and the sidewalk on Monday and Tuesday, according to photos reviewed by Connecting Vets. 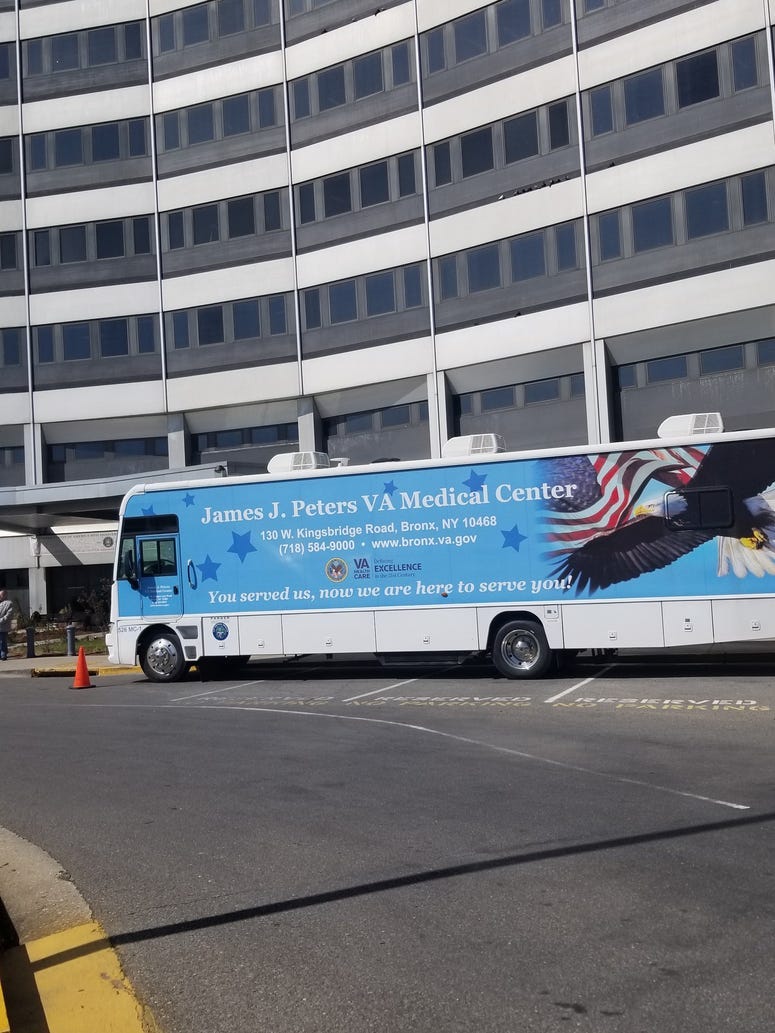 If patients are found to have symptoms, they will be moved from the tents to the mobile health units, which resemble large buses.

VA is recommending all veterans who are ill turn to the agency’s telehealth capabilities rather than risk coming into a hospital or clinic. VA can connect veterans to healthcare professionals via video chat on computers and smartphones.

But VA employees say veterans are continuing to show up to medical centers -- many of them older and wearing masks.

“The only thing that is working well is the nursing and support staff pushing all appointments to telehealth,” one employee said.

If patients arrive with upper-respiratory or flu symptoms, staff was told to “give them a mask and escort them to the hot triage area,” according to the memos.

VA employees at medical centers and clinics in multiple states said their facilities either didn’t have COVID-19 tests or didn’t have enough to meet demand or were sending samples off-site for testing.

About 3,000 tests mean that there are about 21 test kits to go around to all 141 VA medical centers, not including the more than 1,000 clinics nationwide.

Medical center employees said some medical staff have been instructed to self-isolate or were told to go home after presenting symptoms. But not all of those employees were tested and some were allowed to return to work after isolating for 14 days, employees with knowledge of the situation said.

It’s also not always clear which employee can work from home, staff said.

One VA employee, a timekeeper who works in a “hot zone” for the virus, said they were denied telework and classified as an “essential employee” though they were not considered essential during government shutdowns.

Some employees are considering leaving work to self-quarantine, “but are torn between service to the vets and their own personal safety,” one employee said.

Some are willing to give up their career over it.

“Now we are having to weigh her potentially quitting the job because of this situation,” said a veteran whose wife is a VA employee. “It is really disheartening.”

Federal unions representing nearly 350,000 VA employees called on the department to better protect employees after reports that employees had begun testing positive for the virus.

“The Trump administration must understand that if they cannot protect health care workers from COVID-19, this country will lose the ability to effectively treat the masses of people in this country that may become infected,” said Randy Erwin, National Federation of Federal Employees president.

“It is clear from the administration’s utter lack of preparation at the Veterans Health Administration that they have not taken the steps necessary to protect health care workers charged with caring for our nation’s cherished veterans,” Erwin said. “That is a travesty, and it needs to be corrected immediately.”

The letter asked VA leaders to create response plans for medical centers, provide clear communication and testing for staff when a positive case is found, and place any VA employee who tests positive on paid leave for at least two weeks.

A lack of adequate staffing has been an issue at VA for years. Last year, VA reported 49,000 vacancies nationwide. Of those, more than 42,000 were in the VA healthcare system and nearly 25,000 were in medical and dental roles.

The VA Office of the Inspector General said in a report last year there was a “severe” shortage of VA nurses, psychiatrists, and other personnel.

Staffing shortages likely will be the biggest hurdle VA faces in serving veterans and its fourth mission -- to serve as a last line of defense for the United States in national medical emergencies like pandemics, former VA Secretary Dr. David Shulkin told Connecting Vets Tuesday.

“VA is now dealing with issues that have plagued it for a while -- vacancies and staffing shortages -- systemic deficiencies VA has been dealing with for decades,” Shulkin said.

VA recently announced the first death of a veteran connected to the virus and since then VA began limiting visitors to its hospitals and clinics nationwide. It previously locked down visitation at its 134 nursing homes and 24 spinal-cord injury/disorder centers, which care for a total of 65,000 veterans vulnerable to the virus nationwide.

“You can’t fix those problems overnight,” Shulkin said of a lack of VA staff. “At times of crisis (understaffing) can turn out to be the most problematic part of caring for patients.”