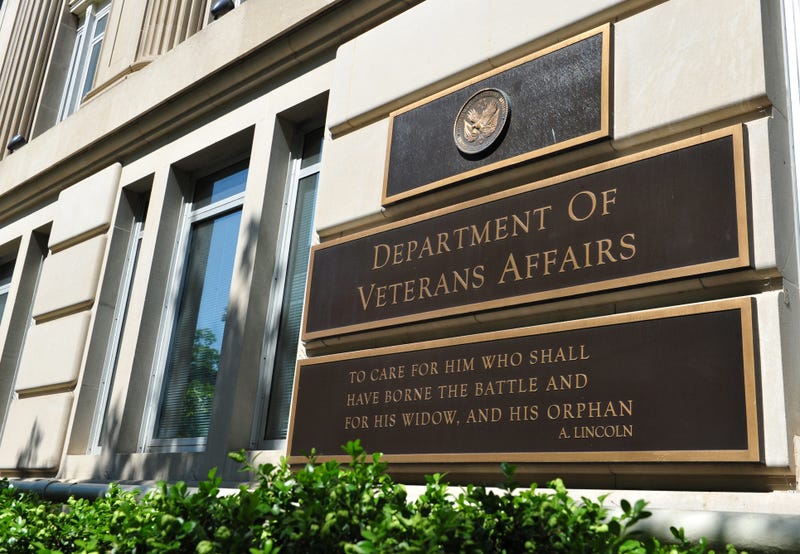 The Department of Veterans Affairs' motto is a quote from President Abraham Lincoln's second inaugural speech in 1865. It reads "To care for him who shall have borne the battle and for his widow, and his orphan."

But during Lincoln's time, few women served in the military. Now, more than 10 percent of America's veterans and more than 17 percent of its armed forces are women, leading to calls for a more inclusive motto. Wilkie said this week about 42 percent of eligible women veterans are now enrolled at VA.

In his Memorial Day message last month, VA Secretary Robert Wilkie announced that the department planned to install new bronze plaques engraved with the motto at all of it's more than 140 national veterans cemeteries later this year. The announcement was first reported by Military Times.

"Those words are the basis of our VA mission, to care for our veterans and their families," Wilkie said. "That's why, later this year, we will memorialize -- in bronze -- Lincoln's charge to the nation in all of our VA cemeteries."

As more and more women join the ranks and subsequently leave service as veterans in VA care, criticism of the motto as exclusionary has grown. Some Capitol Hill lawmakers have joined that criticism.

An alternative, advocates say, could be a gender-neutral motto: "To care for those who have borne the battle, and for their families and survivors."

VA has resisted changing the motto repeatedly, saying it would be costly to change and citing historical significance, though officials have often used an updated version. Wilkie himself altered it in Congressional testimony on Wednesday in the Senate.

"Today we are rededicated to Lincoln's vision -- taking care of all who have borne the battle and their families," he said.

Wilkie decided to install the markers in January but did not publicly announce it until his Memorial Day speech. So far, VA has not provided an estimated cost for the project or completion date, though lawmakers have asked for one.

VA Press Secretary Christina Noel said VA was not concerned that the motto for the plaques was not gender-neutral.

"This was a direct quote from President Lincoln's second inaugural address and is verbatim," Noel said. "The speech formed the basis of VA's subsequent creation and is part of our recognized mission. Of course today, our mission is focused more broadly on the men and women veterans we treat in our medical facilities, provide earned benefits and inter in our national cemeteries and their families."

Noel also noted that the quote is etched in stone on the Lincoln Memorial.

This week, during an online forum hosted by the House Veterans Affairs Committee, the top Republican on that panel, ranking member Phil Roe of Tennessee, supported changing the motto.

Roe said he believed it was "very appropriate" to consider an update that would make the motto more inclusive.

"We certainly don't want to change what Lincoln said, but it's time in the 21st century to change it to 'those who have borne the battle,' which would include all our veterans," he said.

Roe spoke up after Rep. Julia Brownley, D-Calif., raised the issue when a VA official at the forum closed his testimony using the current version of the motto.

Lincoln's quote was a "very poignant statement in 1865," she said, adding that his words served as a "vivid reminder of the VA's mission in many, many years." But, the quote-turned-motto excludes women veterans. Brownley chairs the House Women Veterans Task Force.

"We know our women service members are very visible when they are in the military, but once they leave and become one of our nation's veterans, they become invisible," she said. "That needs to change."

Perhaps one of the most vocal proponents of changing the motto has been Rep. Kathleen Rice, D-N.Y., who also serves on the committee. For the past two Congresses, she has introduced legislation to alter the motto, but they have never made it out of committee to the floor.

VA faced another historical challenge in recent weeks. Advocates and lawmakers called for the department to remove or alter gravestones of several German prisoners of war buried in VA cemeteries that display Nazi swastikas and inscriptions honoring Adolph Hitler.

Initially, VA leaders, including Wilkie, refused, citing historical significance. But last week, VA relented and said the department would begin the process of removing and replacing the stones.

The VA’s motto is a Lincoln quote that doesn’t include women. This bill would change it.