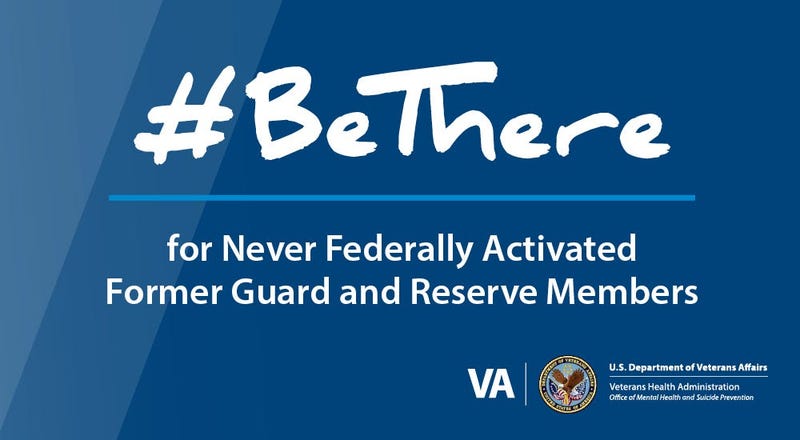 In response to those numbers, the VA has released a suicide prevention toolkit specifically for former Guard and Reserve members who have never been federally activated.

The #BeThere toolkit includes resources that are available both within the VA medical community and in the civilian community. It includes resources such as online suicide prevention training, mobile apps that help manage stress and support services for family members who are seeking care for loved ones.

If you or someone you know is having thoughts of suicide, contact the Veterans Crisis Line to receive free, confidential support and crisis intervention, available 24 hours a day, 7 days a week, 365 days a year. Call 1-800-273-8255 and Press 1, text to 838255 or chat online at VeteransCrisisLine.net/Chat.