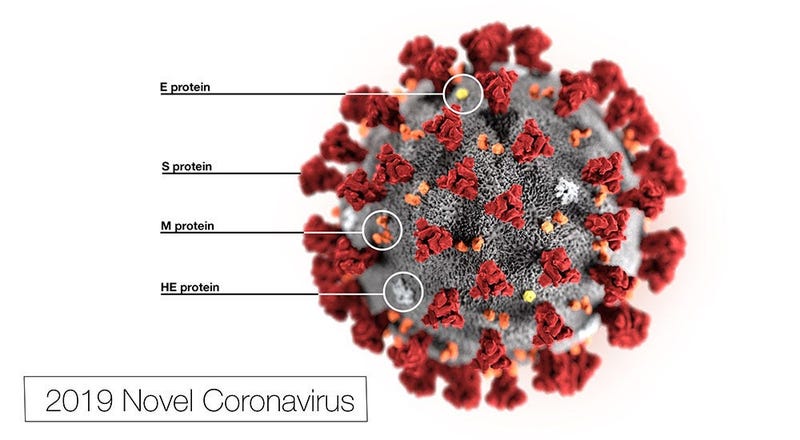 At least six veterans have tested positive for coronavirus, specifically COVID-19 and are being cared for at Department of Veterans Affairs hospitals or are isolated at home.

On Wednesday, VA Secretary Robert Wilkie told Congress that the first veteran had tested positive for the virus -- a California man now being cared for at the Palo Alto, Calif. VA.

“The risk of transmission to other patients and staff remains low, as the veterans are being cared for in isolation by staff who are specifically trained on the latest (CDC) treatment guidelines and utilizing personal protective equipment and infection control techniques,” Mandreucci said, though VA did not elaborate on specific measures being taken.

VA also is screening all staff and patients who show symptoms of the virus, including fever, cough and shortness of breath, Mandreucci said. “Per CDC guidance and VA protocols, individuals known to be at risk for a COVID-19 infection are immediately isolated to prevent potential spread to others.”

Beginning Thursday, some VA hospitals and nursing homes began to restrict visitors, limiting guests for patients or residents, cutting visitation hours and disallowing children younger than 12 or anyone with symptoms similar to those caused by the virus. Hospitals limiting visitation included those in Phoenix, New Hampshire and Washington state.

‘We train for this’

The Department of Health and Human Services is leading the federal government’s COVID-19 response, VA officials told Connecting Vets, but “VA is monitoring the situation through its Emergency Management Coordination Cell” and is working with HHS and the CDC “to ensure veterans benefit from the latest prevention” and to help VA “develop emergency management plans for medical centers.”

Lawmakers on the House Veterans Affairs and Appropriations committees repeatedly asked VA leaders what the agency was doing specifically to prepare for a COVID-19 outbreak. But VA leaders, including Wilkie, provided few details, despite repeated questions.

About half of VA patients are older than 65, a population at elevated risk for infection, according to the CDC.

"The entire nation is covered with negative airflow beds," Stone said. Negative airflow rooms are isolation strategies using specialized ventilation and air pressure in hospitals to prevent contamination and the spread of infection.

Stone also said VA has begun pre-screening outside its emergency rooms, the same method it uses for significant flu outbreaks.

"We train for this. We train for epidemics," Wilkie said, adding that VA is in "constant contact with the CDC and National Institutes of Health as well as the presidential task force."

Wilkie also has a seat on that task force, he said.

VA has about 1,000 tests on hand, Stone said, adding that it's not enough and the department plans to order more as well as design its own.

Last week, Wilkie declined an offer for additional resources from lawmakers on Capitol Hill, saying he believed VA was prepared for a potential outbreak.

“Not at this point,” Wilkie told lawmakers of his need for more resources. “We are a foundational response when it comes to emergencies like this. We train for them year-round … We are testing our processes as we speak … We are checking supply lines.”

Wilkie also said “we are set” on staffing for emergency management.

But if conditions take a turn for the worse, Stone said things will change.

“If this develops into a pandemic, in which parts of the American health system break down, we’re going to have a different conversation,” Stone said, adding that as of now, “we see ourselves as well prepared.”

In the event of national emergencies, VA essential functions and funding are guaranteed by the federal government and VA and its medical facilities are tasked with supporting “our nation’s communities affected by nationally-declared disasters,” according to VA’s emergency management plan. That includes assisting FEMA and HHS in response to emergencies, including epidemics.

On Feb. 27, lawmakers on the House Veterans Affairs Committee asked VA leaders, including Wilkie, if they had directly communicated with the more than 9 million veterans in their care about COVID-19.

Stone told members of Congress VA had not yet done so.

On Friday, VA Press Secretary Christina Mandreucci said VA has communicated about the virus by: 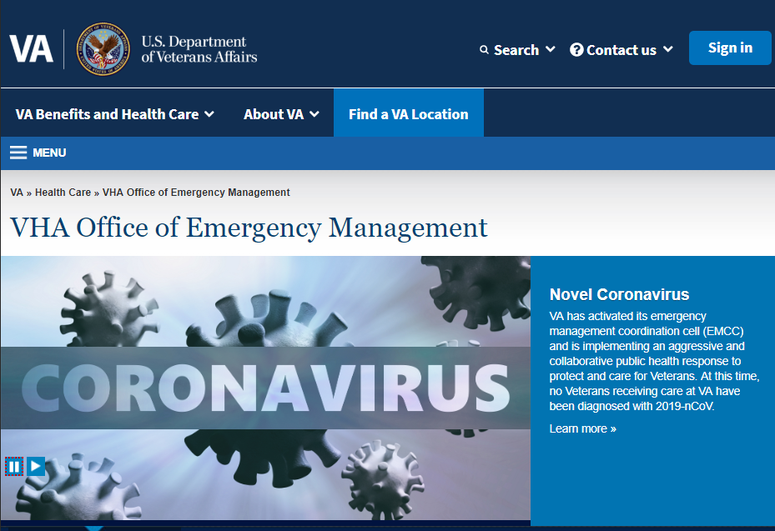