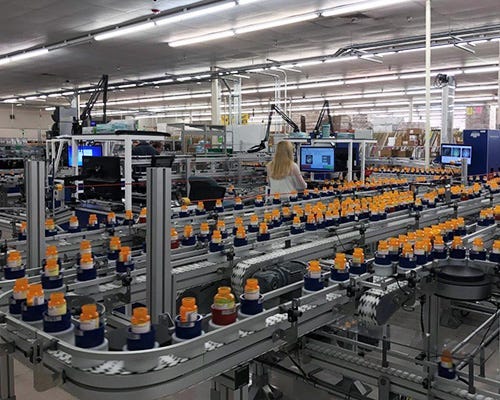 Some veterans are across the country are making contingency plans in case they run out of medications before they arrive in the mail as U.S. Postal Service delays mount.

Melissa Ned, a U.S. Navy veteran, has been waiting about three weeks for her two leukemia medications to arrive. She can't just go to her nearest Department of Veterans Affairs hospital to get them -- it's two hours away and its pharmacy has been mostly closed during the pandemic.

"I gave up calling the VA pharmacy since COVID-19," she said. "Nobody answered and I automatically got disconnected.

Vietnam Army veteran John Williams said he went without his heart medication and a prescription painkiller -- for injuries he sustained in service -- for nearly four weeks. He still hasn't received any of his medications in the mail, but his daughter-in-law, who is also a postal worker and a veteran, drove him to his local VA to pick up replacements.

"The VA said they'd rush me a new supply by mail," Williams said. "But that never arrived either. Nothing like this has ever happened before ... I think what would have happened if I didn't have someone to help me get there. Some people could be really hurt."

Department of Veterans Affairs prescriptions mailed by the U.S. Postal Service in the past year have seen delays of nearly 25%, the federal agency recently told a national veteran service organization.

Disabled American Veterans National Commander Stephen "Butch" Whitehead was the first VSO leader to speak out about the USPS issues which have caused delays for mail-order prescription issues.

"VA has now confirmed to us that the United States Postal Service (USPS), which is responsible for delivering about 90% of all VA mail-order prescriptions, has indeed been delayed in delivering these critical medications by an average of almost 25% over the past year, with many locations experiencing much more significant delays," Whitehead said Monday.

To help mitigate those delays, VA told Congress and DAV previously that it was forced to switch to alternative delivery services, such as UPS and FedEx, in several areas across the country, among other measures, to expedite shipping for medications.

"It is simply unacceptable that America’s veterans, particularly those who were injured or made ill in defense of this country, should face the prospect of not receiving necessary medications in a timely manner considering such delays can be the difference between health and sickness, or even worse," Whitehead said, adding that veterans also depend on USPS to deliver benefits decisions, hearing notifications and other messages from VA, where timeliness matters.

And with many veterans who live in rural or remote areas, or who have trouble getting to a VA medical center or clinic, USPS is even more important.

Whitehead and DAV called on the White House and Congress to take immediate action to "ensure that the USPS has all the funding necessary" and to continue deliveries without delays or interruptions.

"Whatever the long-term future of the USPS may be, reducing or delaying mail operations during a national health emergency is not an option," Whitehead said. "Our nation’s veterans, particularly those disabled by their service, deserve nothing less than high-quality and timely health care and benefits no matter their geographic location, and for the foreseeable future that requires a fully functioning United States Postal Service."

Connecting Vets first reported the delays, according to dozens of veterans, VA pharmacy staff and pharmaceutical company leaders, on Aug. 5. By Aug. 17, more than 200 veterans and caregivers, along with dozens of VA employees, pharmaceutical leaders and USPS staff confirmed that Postal Service issues are delaying veterans' medications, sometimes by weeks.

USPS is now headed by DeJoy, who took over on June 15. DeJoy, a top donor to President Donald Trump, issued a memo during his first month leading USPS which mentioned the Post Office's continued financial struggles and announced new policies, including that the Post Office would now accept delayed mail to save costs.

Veterans and their caregivers told Connecting Vets they've faced wait times that have doubled, tripled or worse. Some reported wait times as long as three weeks or more for prescriptions that previously took a few days.

VA told Congress it plans to mitigate the medication delays by sending prescriptions earlier, and that delays may be worse in some areas, including New York, New Jersey, Arizona and Michigan. In those areas, VA is converting its deliveries from USPS to UPS 2nd Day Air or FedEx temporarily.

Cheryl Everman told Connecting Vets her daughter, former Navy Corpsman Tracey Reid, a 100% disabled vet, went without three "vital" medications for two weeks, waiting for them to arrive in the mail. When they didn't, she called VA, and staff told her they were on the way. It took another 10 days -- nearly four weeks total -- for her medications to arrive.

"Normally they'd come the week before she runs out of them," Everyman said.

Marine veteran Joe Oraqczyk said he ordered refills for his prescriptions at the end of July, and has been going without his heart medication and others for 12 days, "still waiting" for them to arrive.

Army veteran Brian Conner, a fourth-generation veteran who is fully disabled, said he ran out of his prescriptions, didn't receive them by USPS mail and had to go to VA to get "a partial supply" until they arrived.

"Normally takes two to three days to get my meds and it took nine," he said. "There were others in line (at the VA) with similar complaints. When the pharmacy ran the tracking number to see where the shipment was, they were surprised it was still at the Post Office after five days. They didn't say much, just agreed to give me partial refills of 10 days' worth."

Conner said he had been trying to avoid going out at all during the pandemic because his immune system is compromised after exposure to burn pits during service.

Amber Torija, a retired Marine, said that most of her 12 different prescriptions typically arrive within a day or so, but recently took nearly a week. She's still waiting on two of her prescriptions.

"Seeing the slow down I started reducing my meds I was taking so I wouldn’t completely run out because I looked and some had warnings not to stop taking suddenly," she said. "I was actually just released from the hospital and am supposed to do breathing treatment every four hours but instead I push it to just once or twice a day unless I needed it in an emergency."