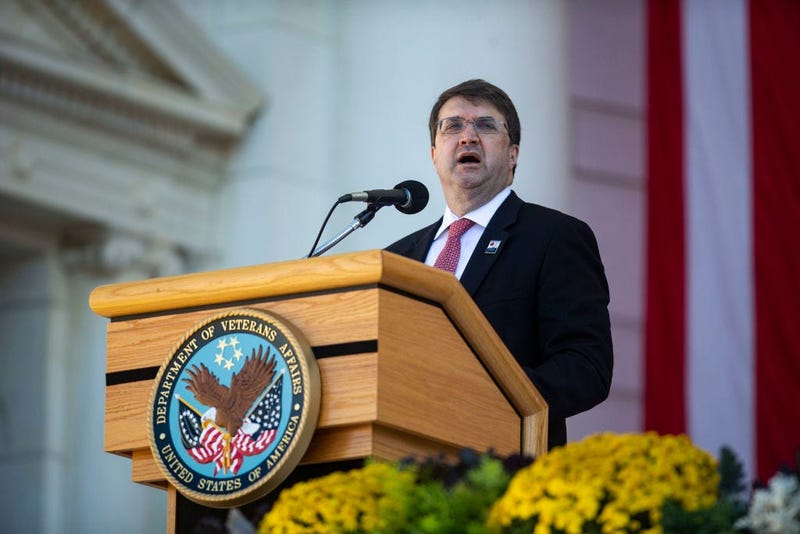 Congressional officials are asking a watchdog agency to examine whether the Department of Veterans Affairs Secretary Robert Wilkie sought damaging information about a Navy veteran and senior Congressional advisor who said she was sexually assaulted at a VA hospital, in an attempt to discredit her.

Committee majority staff said they received “information from an individual with knowledge of decision making by senior VA leaders that shows they attempted to gather ‘damaging information’ about a member of our staff and may have improperly utilized government time and resources to do so.”

The committee has now asked the independent VA Office of the Inspector General to investigate, spokesman Miguel Salazar said Friday evening. The IG did not immediately respond to requests for comment.

VA told Connecting Vets that Wilkie, a Navy and Air Force veteran, "did not and never would do anything of this sort," according to a statement from VA spokeswoman Christina Mandreucci.

"I never would do that to a fellow officer -- it is a breach of honor," Wilkie said in a statement.

Goldstein said she was sexually assaulted at the VA medical center in Washington, D.C. on Sept. 20, 2019. Her case was investigated by the Inspector General. The complaint, however, alleges that Wilkie launched “his own investigation into Ms. Goldstein’s credibility and military record,” ProPublica reported.

The complaint also alleges that Wilkie met with Rep. Dan Crenshaw, R-Texas, also a Navy veteran, and later told VA staff that Crenshaw agreed with allegations Wilkie made about Goldstein. Crenshaw’s staff told Connecting Vets he had never been contacted by anyone at VA about Goldstein’s case.

House Veterans Affairs Committee majority staff said the committee is “considering all investigative options” as they decide how to respond to the complaint and “determine to what extent VA leaders attempted to tarnish a staff member’s character and spread false information about her past in retaliation for her reporting of a sexual assault at the DC VA Medical Center.”

"We simply must get to the truth and act accordingly," she said. "Under no circumstance can we allow a culture where anyone is discouraged, threatened or shamed for coming forward with complaints of sexual assault. We simply must eradicate that type of behavior because it is the greatest barrier to being able to stop the assaults from happening in the first place, and when it does happen, from making sure those who need help, get it.”

At the conclusion of the Inspector General’s investigation of Goldstein’s case, Wilkie wrote a letter to House Veterans Affairs Committee Chairman Rep. Mark Takano. In the letter, Wilkie said the case was closed and no charges would be filed. He also called Goldstein’s allegations “unsubstantiated claims.”

Inspector General Michael Missal responded, saying Wilkie's accusation was inaccurate and that he had discussed the case with VA Deputy Secretary James Byrne and VA Chief of Staff Pamela Powers, warning them not to incorrectly characterize the investigation or its conclusion. Missal said Wilkie's letter specifically "inaccurately characterizes the complaint's allegation as 'unsubstantiated.' This is not an accurate description of the results of our investigation."

The case was closed and no criminal charges were filed at least in part to a lack of functioning cameras able to capture the alleged assault, sources inside the department previously told Connecting Vets.

On Monday, Wikie fired Byrne, his second-in-command, with little explanation, hours after Goldstein’s reaction to Wilkie’s accusation and VA’s handling of her case published on Jezebel.com.

Wilkie and other VA officials this week said Byrne’s dismissal was not related to Goldstein’s case.

When asked about Goldstein’s case at a news conference Wednesday, Wilkie said he was “not satisfied with the resolution of the Goldstein case” and wanted to review it.

“We're going to make a renewed push to get answers -- not to divulge any confidential information, but to help us help ourselves and help women veterans to make sure that they feel safe and welcomed,” Wilkie said.

The Inspector General’s Office later that day said the case remained closed and there were no plans to reopen it or seek additional information.

"At a minimum, the IG should let VA and committee leaders know if its investigation found any wrongdoing so the department can take action to protect and safeguard our patients," Mandreucci said. "VA relies on the independent inspector general to find the facts, determine the truth, and obtain justice. We need this help to make sure our facilities are safe."