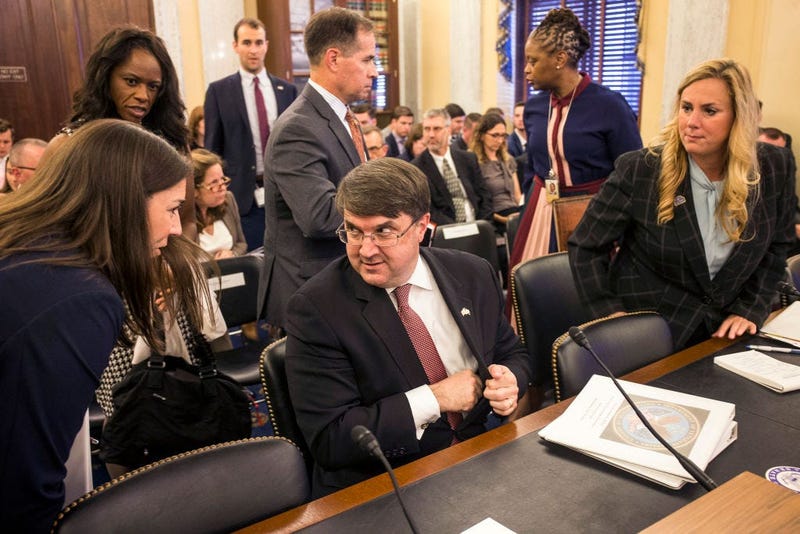 Veterans Affairs Secretary Robert Wilkie said it was “one-sided” and “exclusionary” for a Congressional committee not to invite the VA to testify at a hearing on VA whistleblowers.

The last time the House Veterans Affairs Committee asked Wilkie to testify at an oversight and investigations hearing, he refused.

In a letter to committee chairman Rep. Mark Takano, D-Calif., Wilkie said the “exclusionary approach could chip away at the committee’s oft-stated goal of bipartisanship” because VA leaders were not included in those testifying at the hearing.

Wilkie further said he was disappointed that the committee “would not disclose” the names of the whistleblowers scheduled to testify to the VA in advance, and said he did not learn their identities until a USA Today story published over the weekend. That story specifically mentioned allegations that the VA has continually retaliated against whistleblowers.

Tuesday's hearing was for the committee's subpanel on oversight and investigations, where chairman Rep. Chris Pappas, D-N.H., revealed that one of the whistleblowers testifying, Dr. Minu Aghevli, received a notice of the VA's intention to terminate her the day before the hearing. Pappas called it "suspicious at best" and "at worst, reeks of retaliation."

Rep. Jack Bergman, R-Mich., expressed doubt that the notice of termination was connected to Aghevli's decision to testify at the hearing. "VA doesn't work that fast," he said.

Bergman also called on the committee to hold a hearing that includes the VA, in response to Wilkie's letter. Pappas said the committee always planned to hold a series of hearings, including one with VA leadership testifying. A report on ongoing investigation of the Office of Accountability and Whistleblower Protection is also forthcoming.

The committee's spokesman had strong words for VA following the hearing.

“For VA to take issue with today’s hearing while sidestepping Congress’ oversight role is baffling," committee spokesman Miguel Salazar said in a statement to Connecting Vets Tuesday. "VA has refused to appear before our committee when called to answer poignant questions about how its practices are impacting veterans. It has continued to slow-walk key document requests and provide inadequate witnesses for hearings. Their concerns are misplaced and consistent with a department hell-bent on picking and choosing how they will comply with this committee’s mandate.”

Wilkie previously declined to attend a hearing by the same committee that would have included reports from the Office of the Inspector General and the Government Accountability Office -- VA watchdog groups.