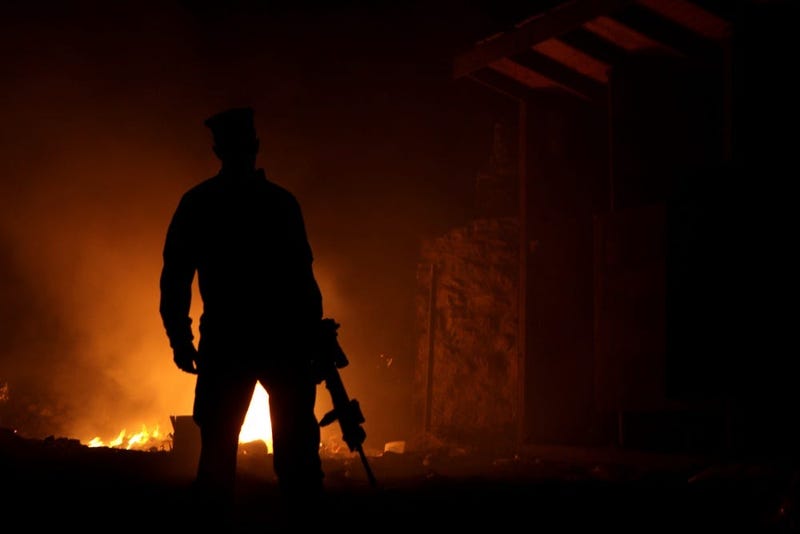 For years, veterans and their families have told stories of rare cancers, crippling respiratory illnesses, birth defects and more. Their conditions have confounded doctors and experts. How are these young, previously health troops and veterans falling so grievously ill? Why are they dying so quickly?

For years those families have gone without official answers, though they have their theories. Some say they know unequivocally -- it's toxic exposure.

Now veterans have perhaps their first major signal that the Department of Veterans Affairs plans to pursue the matter further. VA researchers recently announced plans to conduct a major study on environmental exposures during military service and the connection to illnesses in those veterans. VA also plans to look at potential intergenerational effects of military exposures, which may or may not include studying children of exposed veterans.

Veterans of multiple eras have been frustrated by the wait times for VA recognition of and payout of benefits for different exposures, including Agent Orange and Gulf War illness.

Veterans "for good reason have been irritated with us as an organization because we have not done a lot of work, especially clinical work, on military exposures," Ramoni said during a conference in Washington, D.C. last week focused on veteran prostate cancer. "I have apologized to them ... I have committed that, in (Fiscal Year 2021), we are going to make major investments in toxic exposures. We are in the planning phases for that now, but in (Fiscal Year 2021), we will start to roll that out. That's something that will cut across all our research."

The scope of the study could also extend to veterans' children, as VA intends to consider intergenerational effects of exposures, Ramoni said.

"It’s very hard to hear stories from veterans who bear ... guilt that their daughter ... had a hysterectomy at age three and wondering if it was because of his service,” she said.

Sgt. Richard Vasquez previously told Connecting Vets in an exclusive story that he lost his unborn daughter Elizabeth to what he believes were birth defects caused by his exposure to toxins while deployed. One-third of Vasquez' Iraq platoon has either died or been sickened by toxic exposure.

The VA estimates that as many as 3.5 million troops may have been exposed to airborne toxins since Sept. 11, 2001.

The plight of veterans affected by toxic exposure has even caught the attention of former Daily Show host and comedian Jon Stewart, who has turned from helping 9/11 first responders get benefits to focus now on veterans exposed to burn pits.

Ramoni said veterans have told her of a "dizzying array" of exposures "so this is where this needs to be driven by scientists and the veterans working together."

"VA continually looks at medical research and follows trends related to medical conditions affecting veterans and is in the process of identifying possible areas of research regarding service-related exposures," VA spokeswoman Susan Carter confirmed to Connecting Vets, adding that the goal is to "finalize planning and begin research in 2021."