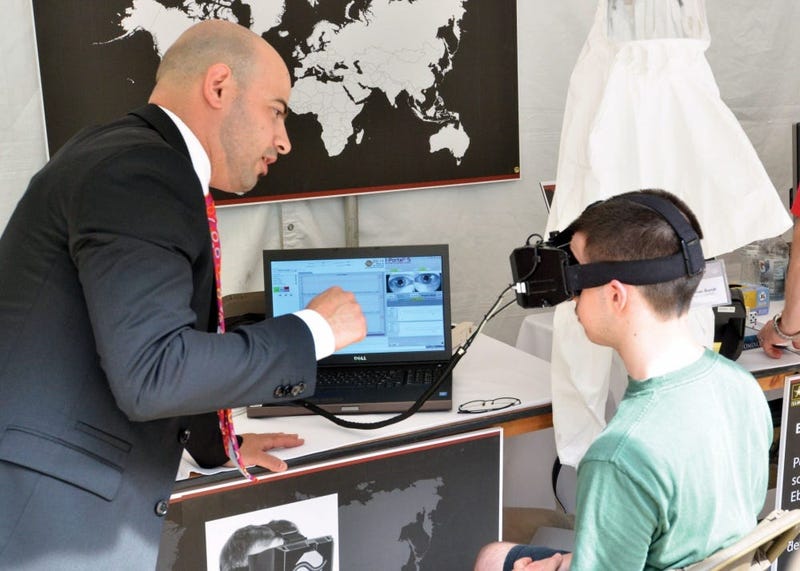 An Army National Guard veteran and senator from Iowa is trying to open up the advanced technology available in the Department of Energy for use in caring for veterans.

Sen. Joni Ernst, R-Iowa, is a former Iowa Army National Guard lieutenant colonel, the first woman to represent her state in Congress and the first woman combat veteran elected to the Senate ever.

The goal of the bill is to make the extensive technology at the DoE available to the VA, including artificial intelligence, high-performance computing, modeling and simulation, machine learning and large-scale data analysis that could all be employed by the VA to help better understand veteran health concerns, spot signs and symptoms, and improve overall care for issues such as traumatic brain injuries, post-traumatic stress disorder and the effects of burn pits.

“The DoE just has some different capabilities that exist within their department than the (VA),” Ernst said in an exclusive interview with Connecting Vets Tuesday. “If we are able to utilize the technology that they have at the DoE for the benefit of our veterans, we should be able to partner and marry those two agencies.”

Ernst said her office has had many meetings about the different computing, analysis and other technology tools that could help. And it would be prohibitively expensive, Ernst said, to try to replicate that technology at the VA when it’s already available at DoE.

A priority for veterans in Congress and those who serve on veteran-focused committees has been the unchanging rate of veteran suicide -- 20 veterans die by suicide daily, according to VA data. Ernst said this partnership may be able to help.

The superior specialized technology at DoE is capable of “efforts to identify veterans that maybe have a TBI or PTS that might be at risk of suicide,” she said.

“There are algorithms with the data that can be input that can determine if these veterans are more at risk of suicide than maybe others,” she said. “That information can be used to also identify the best types of rehabilitation or an intervention plan for that veteran.”

The door for a partnership should be open to explore the possibilities, Ernst said, and her bill would do just that, along with allocating a total of $53 million over the next four years to fund the research and create a pilot program.

But that price tag is worth it in the grand scheme, if it means sharing major technology resources in a way that could benefit veterans, Ernst said.

“This is where I think government efficiency is out in the forefront,” she said. “We already have the capabilities … let’s share those resources.”

The Department of Energy Veterans’ Health Initiative Act was introduced in January and on Tuesday passed out of the Committee on Energy and Natural Resources by a voice vote and could be eligible for a floor vote in the future. Ernst said she did not expect any opposition.

“It’s absolutely remarkable what they could possibly achieve,” Ernst said of the partnership. “There are a lot more ways than I’m even aware of that VA could use the technology (at DoE). There are so many implications to this out there and I don’t think we’ve even realized everything that we might be able to track and develop to help our veterans.”

If you or someone you know needs help, contact the Veteran Crisis Line 24/7 at 1-800-273-8255 (select option 1 for a VA staff member). Veterans, service members or their families also can text 838255 or go to veteranscrisisline.net.
Want to get more connected to the stories and resources Connecting Vets has to offer? Click here to sign up for our weekly newsletter.
Follow Abbie Bennett, @AbbieRBennett.