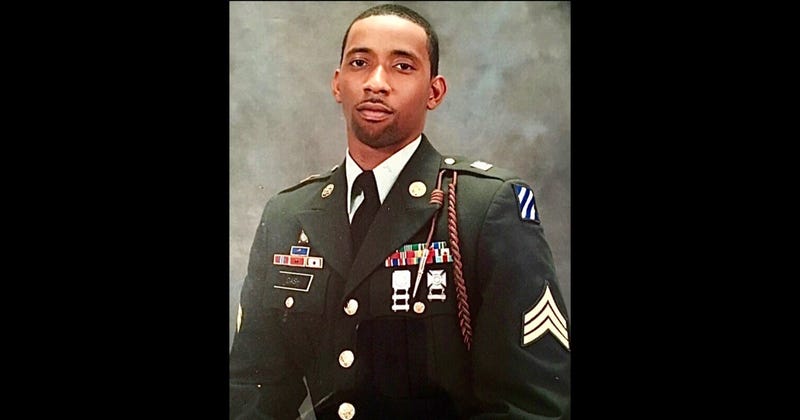 Sgt. Brieux Dash, an Army veteran, 33, was a loving and devoted husband and father to his children. But gruesome repeated deployments to Iraq and "the realities of war made him a different man and he received minimal assistance from the VA," his family said.

In March 2019, Dash was admitted to the West Palm Beach VA Medical Center because he tried to harm himself after a recent car accident, the loss of his job and the death of his father-in-law, which his family said all worsened his mental health, including his service-connected post-traumatic stress disorder.

While being held in a locked mental health unit at the VA, Dash died by suicide, and a VA watchdog report released last year reported multiple failings on the part of VA that may have contributed to his death.

Dash's family, including his wife, Emma, and their three children, ages 17, 15 and 5, are all pursuing wrongful death claims under the Federal Tort Claims Act.

Their attorney, Peter Bertling, told Connecting Vets they want to know "what really happened to Brieux while he was admitted to the mental health unit" and are seeking "accountability and corrective action within the VA Healthcare system to prevent this type of tragedy from ever happening again." Bertling's law firm filed the claim against VA on Friday.

The VA Inspector General's investigation and subsequent report on Dash's death found that he was appropriately screened for suicide risk, provided medication management, placed on close observation status, and had on-going assessments, interventions, and a discharge plan. But the report also revealed multiple failings by VA, including unsafe conditions, nonoperational cameras, inconsistent policies, unmet standards, a lack of oversight, and too much time between nurses' safety rounds that all could have contributed to the veteran's death.

As a result, patients may have gone as long as 25 minutes without being checked, and "had the cameras been fixed and monitored as required ... it is possible that an employee may have seen the patient (Dash) ... and possibly been able to intervene," the report said.

His family's claim revealed another act by VA that they believe contributed to his death -- that could even have been the trigger for his suicide.

On March 7, 2019, after the car accident, family death and losing his job, Dash received a notice from the VA that said he was overpaid nearly $20,000 in separation pay and his disability payments would be withheld to pay it back, the claim says. Dash had a 50% disability rating for his PTSD and depression after deployments to Iraq in 2007 and 2009. He had attempted suicide in 2016 and did so again, four days later, on March 11, 2019.

"This 'important notice' was the proverbial straw that broke the camel's back and sent Brieux into a downward spiral of depression, anxiety, emotional distress and fragility," the claim reads, arguing the notice from VA may have triggered his second suicide attempt.

After Dash tried to hang himself on March 11, his wife called emergency responders who took him to the VA where she worked as a pharmacy technician. He was admitted to the 25-bed, high-intensity locked mental health unit, "red flagged" as a high suicide risk. During the days of his stay, Dash was cooperative, social, sleeping and eating well and agreed to take prescribed anti-depressants, the report said. He was eventually classified as "low-risk" for suicide.

But on the fourth day of his stay, when his discharge was delayed, Dash became agitated. He yelled that he wanted to go home. He isolated himself behind the closed door of room 235-1 and hung himself on March 14, 2019, the family's claim reads. No one at VA had recognized or addressed the known safety risk posed by the hallway doors.

Safety and law enforcement cameras at the unit hadn't worked for "at least three years," the report said.

Leaders' alleged lack of knowledge or action on the cameras, doors or other safety issues "represented a deflection of responsibility and failure to perform their duties," the report said. Of senior leadership, the report said their disregard of safety risks "reflected a myopic view of the facility's responsibility to ensure patient safety."

While the unit was sufficiently staffed the day of the veteran's death, one of the nursing assistants assigned to check on patients was performing other duties during that time, the report said.

VA "knew of its duty to protect Brieux Dash from environmental hazards that are established risks for" suicide, the claim reads.

And an effort to fix the safety issues and other failings only began after the veteran's death, the OIG report said.

"Facility leaders and managers only started to respond aggressively to long-standing deficient conditions after" the death, according to the report.

Dash and Emma met at West Potomac High School in Alexandria, Virginia when they were 14, the claim reads, interspersed with photos of the smiling family. They had their first child in 2002 and were married in 2006, the same year Dash enlisted in the Army and before his first deployment to Iraq.

"While I applaud any attempts by the VA and DoD to prevent deaths by suicide, these organizations need to be held accountable when they fail to follow their own policies and procedures, fail to properly train their staff, fail to comply with applicable standards of care, and fail to learn from their past mistakes," Bertling said. "I will continue to hold the VA and DOD accountable for the deaths by suicide they could have prevented. Our veterans and active-duty military deserve so much better."

Dash's family has "sustained an indescribable loss since Brieux died by suicide," the claim closes. "The VA should do the right thing by admitting liability and reasonably compensating the estate of Brieux Dash for the damages it has sustained."

VA officials declined to comment on Dash's death or the claim, citing the pending litigation.

Florida VA spokeswoman Mary Kay Rutan said "suicide prevention is VA's highest clinical priority and the department is taking significant steps to address the issue," adding that VA has reduced the number of in-hospital suicides from 4.2 per 100,000 patient admissions to less than 1 per 100,000 n mental health units, "an 82.4% reduction, suggesting that well-designed quality improvement initiatives can lead to a reduction in the occurrence of these tragic events.”

—
For more information on potential warning signs of suicide, click here.
If you or someone you know needs help, contact the Veteran Crisis Line 24/7 at 1-800-273-8255 (select option 1 for a VA staff member). Veterans, service members or their families also can text 838255 or go to veteranscrisisline.net.
Reach Abbie Bennett: abbie@connectingvets.com or @AbbieRBennett.
Want to get more connected to the stories and resources Connecting Vets has to offer? Click here to sign up for our weekly newsletter.