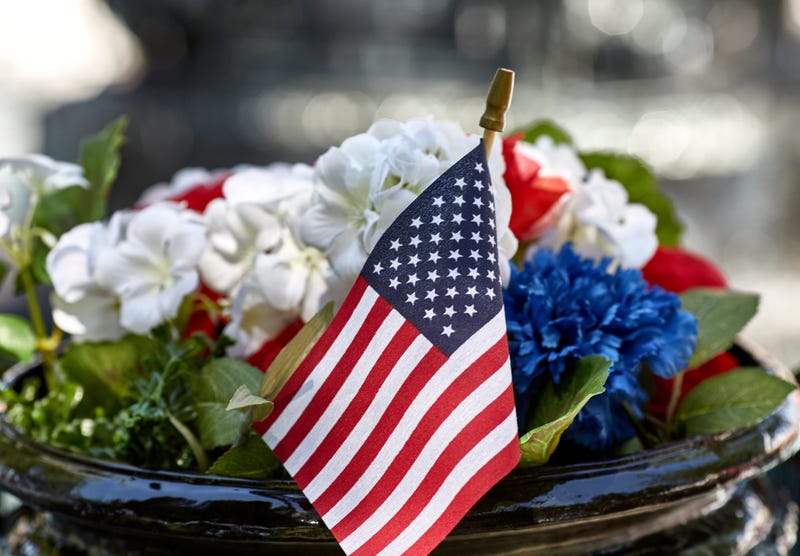 It's been seven years since Air Force veteran Larry Murphree put an American flag in a flower pot on his porch — he's still appearing in court over the issue today.

"I took a small 4-inch by 6-inch flag and put it in my flower pot on the front porch. I was in a condo complex, but we could do that no problem," Murphree said. At least he thought he could.

"I got a violation letter from the HOA that the American flag was an unauthorized object. And I lost it."

The homeowner's association (HOA) fined him $100 each day the flag was in the pot, which eventually ran up $1,000 in fees. So, Murphree enlisted the help of lawyer Gust Sarris, who filed a lawsuit in federal court. Sarris says the HOA settled in 2012 and the two sides agreed that the flag could fly. But the fight didn't end there.

A veteran put an American flag on his porch. Now he’s headed to court.

"Two weeks later they implemented new rules about where you could put a flag and what you could put in a flower pot. Obviously, my flag didn't make the cut," Murphree said.

“They decided they weren’t going to regulate flags, but flowerpots,” Sarris said. “Some people call this the ‘Larry Law.’”

For years, the violation notices have continued — and the HOA has expanded the fight beyond just the flag.

Once the HOA sent a violation because the lights wrapped around his outside tree were solar-powered when the HOA requires them to be battery-operated. Another time, they complained that the lights on his bushes were too bright, and cited Murphree once again because his car was not parked directly in front of his garage door.

"It's been seven years. It's gone on and on. We've been to county court, state court, circuit court, federal court. It's a cash cow for the law firm. But there's no end to it," Murphree said.

After almost eight years, however, Murphree says he has no intention of backing down.

"I've always thought if you firmly, 100 percent believe in something, and you have the opportunity to stand up for it and you don't? You'll always regret it," Murphree said. "They're waiting for me to die or go away. Only one of those is going to happen — I'm not going anywhere."

Next Monday, Murphree will appear in court to continue his trial. He's asking for support.

"We want to fill up the court with as many Veterans, friends, family, armed forces and anyone who supports the Flag, or has bravely defended our country for our freedom!" a notice from the Murphree's read.