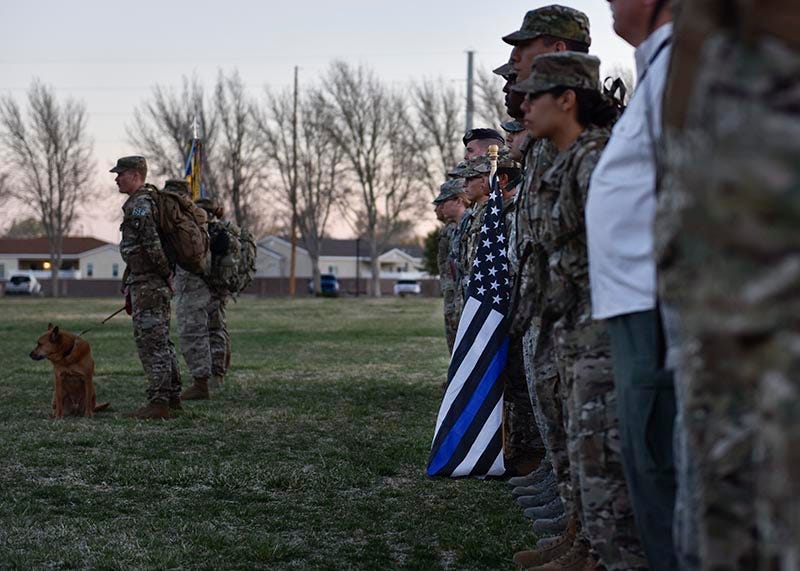 In five days, three veterans died of suicide on VA property in Georgia and Texas.

On April 9, a veteran died by suicide in front of hundreds of people in the waiting room of a VA clinic in Austin, Texas.

These veterans represent three of the roughly 20 veterans who die by suicide every day, according to the Department of Veterans Affairs data. Of those 20, 14 are not receiving VA care, VA officials say.

At a Senate Veterans Affairs Committee hearing April 10,  Dr. Richard Stone, executive in charge of the Veteran Health Administration, said there have been more than 260 suicide attempts on VA property. Of those 240, were “interrupted or prevented,” he said. Stone did not provide a specific time period for his statistics.

“Every one of these is a gut-wrenching experience for our 24,000 mental health providers and all of us that work for VA,” Stone said at the hearing. “I wish it was as simple as me saying I could do more patrols in a parking lot that would stop this epidemic. Where we as a community and society have failed that veteran is a very complex answer.”

How to #BeThere for veterans contemplating suicide

“Those deaths did not go by me without noticing them, nor has it gone by me that we have a job to do,” said Sen. Johnny Isakson, R-Ga., chairman of the Senate Veterans Affairs committee.

Rep. Mark Takano, D-Calif., chairman of the House Committee on Veterans Affairs (HCVA), said he planned to schedule a hearing later this month on veteran suicide.

“Every new instance of veteran suicide showcases a barrier to access, but with three incidents on VA property in just five days, and six this year alone, it’s critical we do more to stop this epidemic,” Takano said in a statement announcing his plans for the hearing. “All Americans have a role to play in reducing veteran suicide, and the House Committee on Veterans’ Affairs is going to make this issue a top priority.”

Takano said the HCVA already hosted a meeting and staff briefing “to better understand the crisis” but he plans to do more.

“I have called for a full committee hearing later this month, the first of many, to hear from VA about the recent tragedies and spark a larger discussion about what actions we can take together as a nation,” Takano said in the statement.

Veterans are at higher risk of suicide than the general population, particularly young veterans, according to VA data released in September, which showed a “substantial increase” in the rate of suicide among veterans 18-34 veterans are 1.5 times more likely to die by suicide than other adults.

At the hearing, Sen. John Tester asked Stone what the committee, or Congress, could do to help the VA combat veteran suicide.

Stone said never-activated servicemembers in the National Guard and Reserves do not qualify for VA care, but make up a percentage of annual suicides. In response, Tester has sponsored the  "CARE for Reservists Act of 2019", which would expand eligibility for VA mental health services to reservists.

Sen. Richard Blumenthal, D-Conn., was critical of the VA at the same hearing, taking a shot at the VA for not using all of the funds appropriated for veteran mental health and addressing the “epidemic” of veteran suicide. The VA spent just 1 percent ($57,000) of the more than $6 million set aside for suicide prevention outreach in 2018, according to a Government Accountability Office study released last year.

A bill calls for more oversight of those VA outreach services, sponsored by Blumenthal in the Senate and Rep. Joseph Morelle, D-N.Y. in the House.

The "Reach Every Veteran in Crisis Act" seeks to improve VA mental healthcare by “bolstering the VA’s mental health workforce and increasing rural or hard-to-reach veterans’ access to VA care” while ensuring that veterans can access “alternative and local treatment options like animal therapy, outdoor sports and activities, yoga and acupuncture,” according to a news release from Moran’s office.

“One veteran lost to suicide is one too many, and Congress has an obligation to those who have bravely served our nation to help fix this tragedy,” Moran said in a statement. “As our servicemembers transition to civilian life, we can ease this difficult process by removing barriers to mental healthcare that our veterans need.”

“Mental health is the universal issue facing every veteran, and we need all hands on deck to make sure no veteran is lost to suicide,” Tester said in a statement. “Our bill brings together the best ideas from the VA, Congress, veterans, providers, and advocates so our approach to mental healthcare is aggressive and united. Together, we can put innovative solutions to work to connect more veterans to the life-saving mental health care they earned.”

Hannon received treatment for post-traumatic stress, traumatic brain injury, severe depression and bipolar at the VA in Montana. He was committed to helping others while seeking his own recovery. Volunteering with the National Alliance for Mental Illness he spoke candidly at events about his wartime injuries.