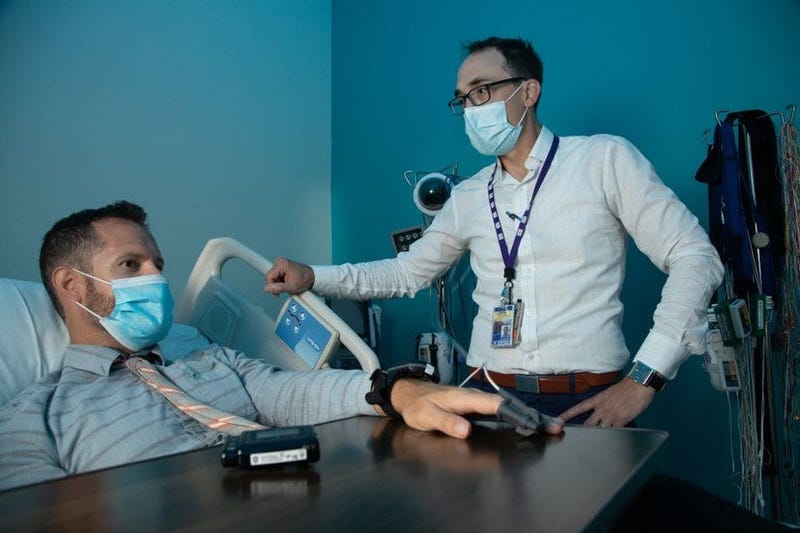 More than half of those studied had the disorder, according to a recent VA blog post.

Study results first appeared in the June 12, 2020, issue of the journal "Sleep."

Insomnia is defined as difficulty falling or staying asleep, waking up earlier than desired, or significant sleep-related problems during the daytime.

According to VA, physicians have long known that veterans often have sleep problems.

“Past research has suggested that veterans may have double or even triple the rates of insomnia, compared with non-veterans,” the VA blog reads.

PTS and sleep: A few tips to get you sawing logs

This could be the result of several aspects of military life, such as irregular sleep schedules during active duty and harsh living conditions. Physical and psychological injury and post-deployment trouble reintegrating into civilian life may also play a role.

An accurate count of how many veterans have insomnia is hard to come by.

“Many patients may have insomnia symptoms or report sleep problems," the blog continues.

Researchers collected data on more than 5,500 post-9/11 veterans at a single VA health care system over a period of seven years. They evaluated each patient for insomnia disorder, along with other conditions and characteristics.

“The researchers found that 57% of veterans in the study had insomnia disorder,” the blog reports. “This rate was fairly consistent regardless of age, sex, race, and military branch.”

The number of military deployments and a history of alcohol misuse did not affect the risk of insomnia. By way of comparison, studies of the general adult population, in the U.S. and other countries, show an insomnia prevalence of around 30%.

Dr. Peter Colvonen of the VA San Diego Healthcare System and University of California San Diego, lead researcher of the study, said results also found a need to screen all veterans for insomnia.

The many benefits of catching some Z’s

Researchers also said previous studies of medical records found insomnia rates of only 3% in veterans. The sleep study shows the numbers are actually much higher and that insomnia disorder often goes unscreened and untreated in VA.

One reason could be that many clinicians do not see insomnia as a separate condition. Rather, they regard it as a symptom of something else — like PTSD or pain — and therefore do not screen for insomnia directly. Insomnia often is not listed as a separate diagnosis in a patient’s health record.

Pointing out the discrepancy between actual prevalence rates and what clinicians in VA are reporting, explains Colvonen, “can highlight the need to increase awareness of insomnia and insomnia treatment within VA. Offering more and better evidence-based treatments ultimately increases the client-centered care of it.”