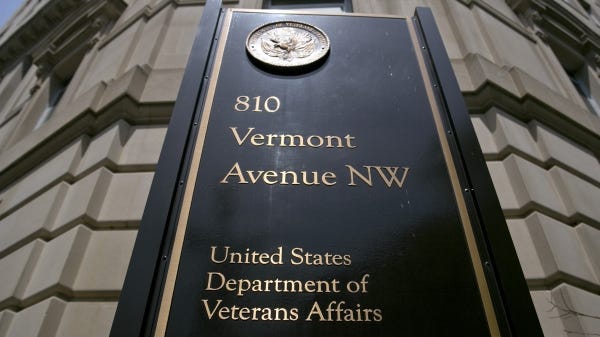 This story originally published Oct. 20, 2020 and was updated at 7:55 p.m. to reflect that Military Times first reported on Takano's letter and VA's response.

As of Oct. 20, the Department of Veterans Affairs' annual report on veteran suicides is a month late compared to last year, and department officials so far aren't saying when it will be released.

As first reported by Military Times, House Veterans Affairs Committee Chairman Mark Takano, D-California, sent a letter to VA Secretary Robert Wilkie last week, saying he was "dismayed" that the report was delayed since the department usually releases it during Suicide Prevention Awareness Month each September. Takano said the department had so far not provided a release date for this year's report, which he said was necessary for Congress to continue to work to prevent veteran suicide deaths.

"Tracking the data on veteran suicide is vital to the committee's oversight role," Takano wrote. "At a time when VA has been advocating strongly for and against specific pieces of federal legislation related to veteran suicide prevention, it is especially vital that the department share its most recent report now, to ensure that Congress has the opportunity to review VA’s current and proposed prevention efforts in the context of actual data."

Connecting Vets previously asked VA about the yearly report when it was not released as expected, but did not receive a response until Oct. 20, when Press Secretary Christina Noel said in an email that the department "is still finalizing its annual suicide data report and will be releasing it this year. A release date has not been set yet."

VA's 2019 report found that on average, about 17 veterans died by suicide per day in 2017. That number has remained the same or worsened in recent years despite increased spending and programs aimed at helping. The data typically is delayed by about two years, though, making it difficult to determine whether efforts have made a significant difference year over year. As of last year's report, VA no longer includes never-activated Guard or Reserve veterans in its count of suicide deaths, which previously brought the total to about 20 per day. More than 6,000 veterans died by suicide each year from 2008 to 2017.

Since the data typically lags behind by two years, VA's report, when it is released, likely won't include information on veteran suicide deaths during the coronavirus pandemic so far, Takano said in his letter, adding that he hoped to hear from VA experts about any early warning signs such as "increased substance use rates, Veterans Crisis Line emergency dispatches, firearm purchases, etc."

The Department of Defense released its annual suicide prevention report on Oct. 1, though VA's report often requires more time because it also depends on civilian records -- hence the two-year lag on data.

Takano asked that VA brief him and his staff on findings so far if the report was not released by Nov. 1.

Data on vets who die by suicide on VA property is incomplete, inaccurate, report finds