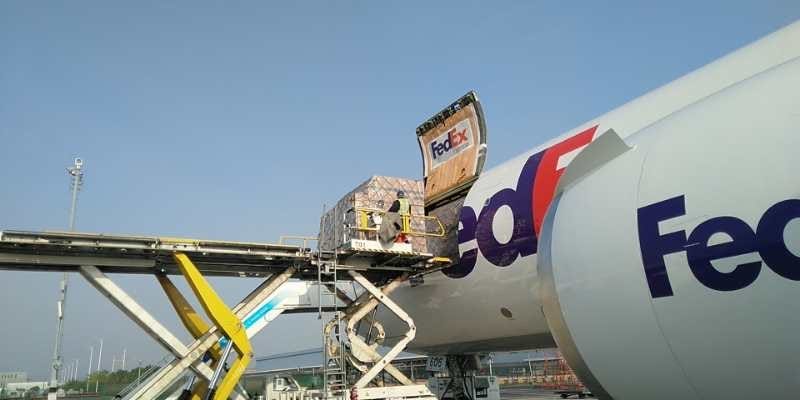 The governor said VA leadership asked him for help.

"When VA Secretary Wilkie reached out to me, I knew this was a mission New Hampshire could take on," Sununu said on social media Thursday. "We owe those on the frontlines taking care of our veterans the protection they deserve. I give a lot of credit to Secretary Wilkie to leaving no stone unturned in his search for equipment and I am honored that New Hampshire could help VA hospitals across the country."

New Hampshire's latest shipment of personal protective gear -- its largest yet -- included more than 110,000 pounds of supplies. Of those, about 4.5 million masks are headed to VA hospitals across the country, Sununu said, adding that the flight carrying the supplies was headed to his state and took off from U.S. customs in Anchorage, Alaska Thursday morning.

Wilkie said VA was proud to work with New Hampshire as part of an "ongoing effort to ensure our hospitals have access to the equipment they need to take care of our nation's veterans. Gov. Sununu and his team are demonstrating the spirit of service that should serve as an example to all Americans."

BREAKING: 110K+ pounds of PPE is on its way to NH. As part of this shipment, the state of NH is sending roughly 4.5M masks to @DeptVetAffairs to help VA Hospitals across the country. When VA @SecWilkie reached out to me I knew this was a mission New Hampshire could take on. (1/4) pic.twitter.com/5vvxvbhK2t

Part of VA's core mission is to serve as a last line of defense for Americans during national crises, including pandemics. If American healthcare systems become overwhelmed, VA is expected to care not only for veterans but also for non-veteran Americans.

Already, VA has stepped in with resources and hospital bed space for some of the areas hardest hit by the virus.

But VA also has faced its own challenges, including personal protective gear shortages and rationing, as VA medical staff have told Connecting Vets for weeks. VA internal memos also showed rationing and shortages of supplies such as masks.

VA nurses have staged protests at hospitals across the United States. Union leaders representing thousands of VA employees accused the department of endangering staff and veteran patients, at least in part because of a lack of protective supplies. Now, the Department of Labor is investigating VA over those accusations.

VA officials repeatedly denied any shortages or rationing, though recently have made some admissions that supplies have been limited.

Veterans Health Administration executive Dr. Richard Stone recently said VA had a better handle on its supply chain and staff previously limited to one mask per week would receive one mask per day instead.

So far, at least 2,100 VA staff have tested positive for the coronavirus and at least 20 have died. VA still is not providing these staff numbers to the public as it does for the number of veteran patients who test positive or die of the virus.