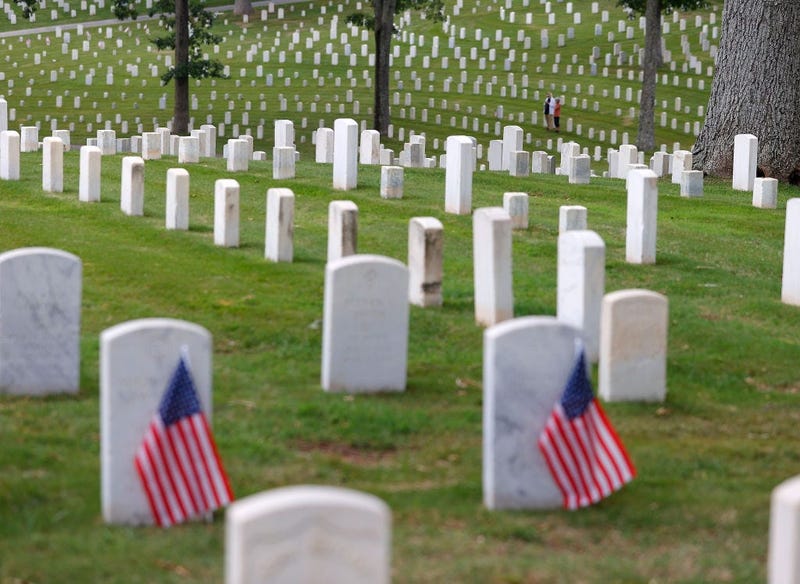 In a complete reversal, the Department of Veterans Affairs relented and announced it will begin the process to remove Nazi gravestones of German POWs that show swastikas and references to Hitler from two national veterans' cemeteries.

Days after VA Secretary Robert Wilkie said he wanted the gravestones to stay in the national cemeteries to preserve history, the department announced it will "initiate the process required by law to replace three German prisoners of war headstones in national cemeteries in Texas and Utah."

“Americans must always remember the horror of the Nazi regime and why so many Americans sacrificed so much to free the world from its reign of terror,” Wilkie said in a statement Monday. “It is understandably upsetting to our veterans and their families to see Nazi inscriptions near those who gave their lives for this nation. That’s why VA will initiate the process required to replace these POW headstones.”

Previously, VA and Wilkie repeatedly said they would preserve the gravestones, and Wilkie was resistant to bipartisan lawmakers calling for their removal.

The gravestones are located at sites and in cemeteries protected by the National Historic Preservation Act, according to VA, so "VA is not permitted to unilaterally remove them or alter them." Members of Congress disagreed with that interpretation of statute last week.

VA said "later this month," VA will "begin taking required steps including consultation with stakeholders about how to replace these headstones with historically accurate markers that do not include the Nazi swastika and German text."

Once the original gravestones are removed, VA said they will be preserved in the department's National Cemetery Administration History Collection. The department also will install signs at all VA national cemeteries where foreign enemy prisoners of war were interred "to provide historical context about how non-U.S. service members from World War I and World War II were interred and buried on American soil."

The gravestones are located in the Fort Sam Houston National Cemetery in San Antonio, Texas and the Fort Douglas Post Cemetery in Salt Lake City, Utah. The cemeteries were managed by the Army when the POWs were interred in the 1940s and transferred to VA management in 1973 and 2019.

Wilkie told lawmakers during a hearing on Capitol Hill last week that he favored an approach that kept the stones in place, but provided historical context.

Lawmakers -- both Republican and Democrat -- were not satisfied and told Wilkie to remove the gravestones and replace them.

Rep. Nita Lowey, D-N.Y. said it was time "to do the right thing and remove these offensive symbols from the solemn ground where our brave soldiers rest."

"You should replace these stones with just a regular stone," said Rep. John Carter, R-Texas. "Say they're German POWs, but that's it. And take all those Nazi symbols off ... It's the right thing to do as Americans."

A military religious rights group also threatened to sue VA if it does not remove the gravestones after they were discovered by a retired colonel while he was visiting his Jewish grandfather's grave at a national cemetery in Texas.

At the end of his exchange with lawmakers last week, Wilkie said he would consider options for the gravestones.

"I want to make sure that the VA is doing the best we can to educate and remind people why the veterans in those cemeteries fought against that horror," he said.