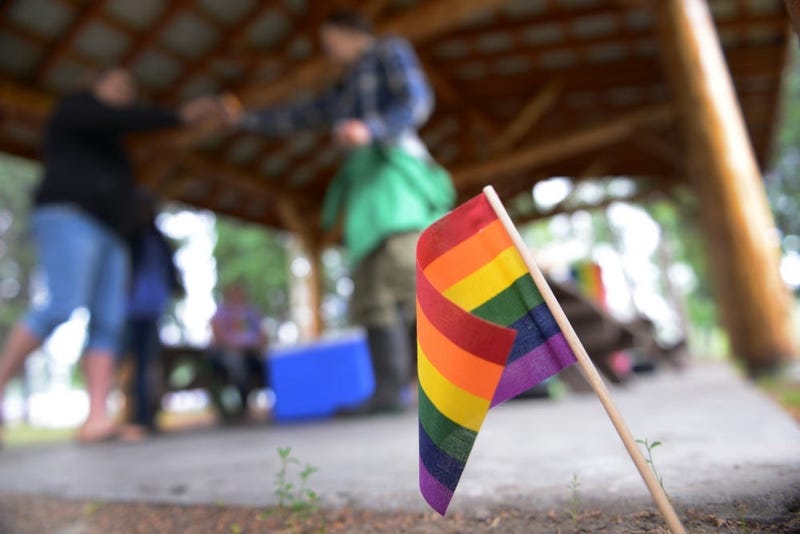 The Supreme Court’s ruling that the Pentagon can continue to restrict transgender people from serving openly in the military brought swift reactions from veterans and organizations advocating on their behalf.

“It’s f—king bulls—t,” she tells Connecting Vets. “The fact of the matter is trans service members are still out there, still leading troops whenever they need to be led, still doing PT, still doing everything they need to do to be a soldier or a Marine.”

The Supreme Court is allowing the Trump administration to implement their proposed personnel change limiting transgender military service, as legal cases challenging the policy work their way through courts.

For those making the argument that the military isn’t a place for “social engineering,” Parry says those are the same claims used in decades past to preclude African-Americans and other LGBT folks from military service.

Air Force Veteran Gina Ortiz-Jones tweeted “Transgender men and women currently serving openly on active duty in combat zones shows us this ban is unnecessary. This ban weakens our military because it is based on things other than individual merit, qualifications, or physical and mental fitness to serve.”

Ortiz-Jones is an Iraq War veteran who lost her bid to represent Texas’ 23rd congressional district in November.

Human Rights Campaign tied the ban to America’s security and constitutional protections. The organization tweeted the decision “harms both transgender service members & our national security. At this critical matter makes its way through the courts, brave trans patriots deserve to have their constitutional rights protected.”

As news broke Tuesday about the Supreme Court’s allowing of the ban, its questionable as to whether the Pentagon welcomes the policy. Defense officials sought to clarify the plan as not a ban, and that they were pleased with the development.

Pentagon spokeswoman Air Force Lt. Col. said, “The Department is pleased with the orders issued by the Supreme Court today. We will continue to work with the Department of Justice regarding next steps in the pending lawsuits. As always, we treat all transgender persons with respect and dignity. DoD’s proposed policy is NOT a ban on service by transgender persons.”

In September of 2017, Dunford said at a Senate hearing he thought transgender troops should be allowed to serve.

“I believe any individual who meets the physical and mental standards and is worldwide deployable and is currently serving should be afforded the opportunity to continue to serve,” said Dunford.