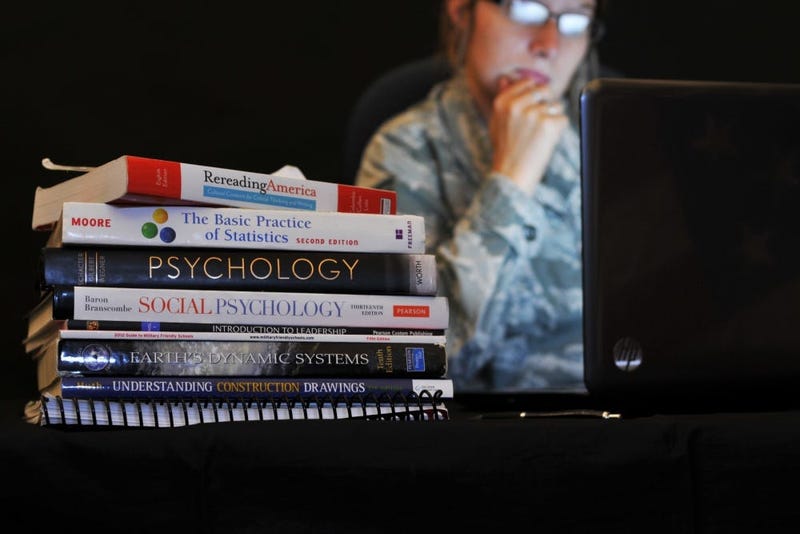 It's called the "Forever GI Bill" but that "forever" doesn't extend to being eligible for in-state tuition. There's a tight limit on that.

But only within those final three years.

On Tuesday, Congress members introduced a new bill that would erase that three-year limit, meaning veterans could use their Post-9/11 GI Bill to get in-state tuition anywhere, any time.

Rep. Phil Roe, R-Tenn, ranking member of the House Veterans Affairs Committee, and Rep. Elaine Luria, D-Va., chairwoman of the committee's subpanel on Disability Assistance and Memorial Affairs, introduced the legislation that would expand in-state tuition to student veterans regardless of when they were discharged, opening up cheaper tuition to thousands of veterans.

"Veterans volunteer to defend all fifty states and every United States territory, not just their own," Roe said. "That’s why Congress acted in 2014 to allow student veterans using the Post 9/11 GI Bill within three years of leaving the military to receive the in-state tuition rate at the school of their choice, regardless of their residency status. Now that veterans can use their Post 9/11 GI Bill benefits whenever they choose thanks to the Forever GI Bill, veterans should also be able to benefit from in-state tuition rates whenever they choose ... freeing student veterans to make choices about when and where to go to school without any barriers standing in their way."

“Investing in education creates lifelong advantages. Congress should keep finding ways to make it easier for our bravest men and women to continue their education," Luria said.