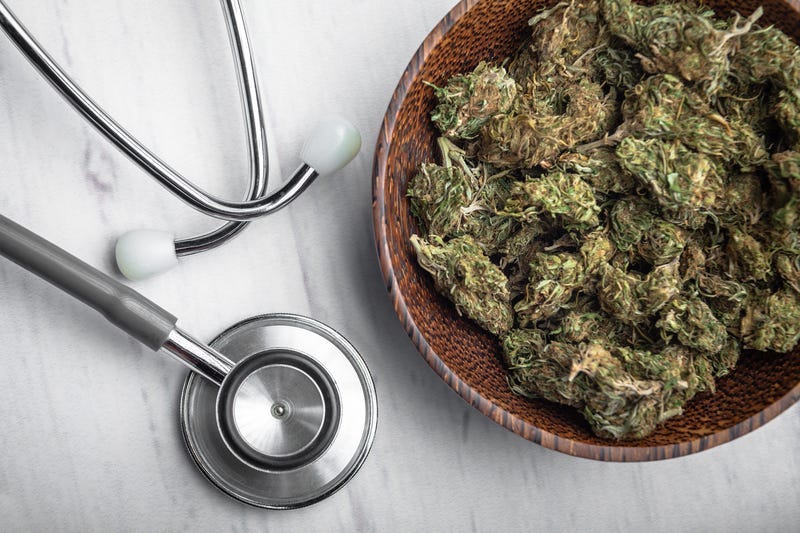 A bill in the House and Senate would allow veterans to use medical marijuana in states where it is legal and would let the VA help them get it.

The “Veterans Medical Marijuana Safe Harbor Act” would “allow veterans to use, possess, or transport medical marijuana and to discuss the use of medical marijuana with a physician of the Department of Veterans Affairs as authorized by a State or Indian Tribe, and for other purposes.”

As of the bill's filing, 33 states permit medical marijuana use.

The bill also would allocate $15 million to study marijuana’s effectiveness in treating chronic pain in veterans and whether access to marijuana can reduce opioid abuse in veterans.

Research has shown that marijuana can be beneficial for treating “a wide range of diseases and disorders, including pain management,” the bill reads.

Nearly 60 percent of veterans returning from serving in the Middle East and more than 50 percent of older veterans receiving care at the VA are living with some form of chronic pain, according to the bill.

Opioids, typically prescribed to treat chronic pain and other illnesses, account for about 63 percent of all drug deaths in the U.S., the bill reads. In 2011, veterans were twice as likely to die from accidental opioid overdoses as civilians, the bill reads.

“Medical marijuana in states where it is legal may serve as a less harmful alternative to opioids in treating veterans,” the bill reads.

The bills are sponsored by Rep. Barbara Lee, D-Calif., and Schatz, and are both in committees.

“As the daughter of a veteran, I am committed to ensuring that our veterans have access to the quality and comprehensive medical care they deserve – including medical marijuana. The current federal prohibitions on cannabis are unnecessary, harmful, and counterproductive,” Lee said in a statement. “The federal government should never stand between our veterans and their medicine. This critical legislation is a long overdue step to empower veterans and their doctors to make informed health care decisions, without political interference.”

“Our members have spoken loud and clear on this issue,” Tom Porter, legislative director for Iraq and Afghanistan Veterans of America, said in a statement. "Eighty-three percent of respondents to our recently-released member survey approved of cannabis use for medicinal purposes. With such overwhelming support, we need to be removing barriers to care for veterans, not maintaining them."

“When nearly one in four veterans report that they are consuming cannabis for therapeutic purposes, the Veterans Medical Marijuana Safe Harbor Act would provide crucial medical and civil protections for the men and women who put their lives on the line to serve this country," Justin Strekal, political director for NORML, said in a statement. "It is unconscionable that these brave individuals who stepped up to protect our nation’s freedoms would be treated as criminals when they return home simply for treating their medical ailments with a safe and effective option under state law."

Another bill in the House, the “Veterans Cannabis Use for Safe Healing Act,” would prohibit the Secretary of Veterans Affairs from denying a veteran benefits because they use medical marijuana in states where the substance is legal.