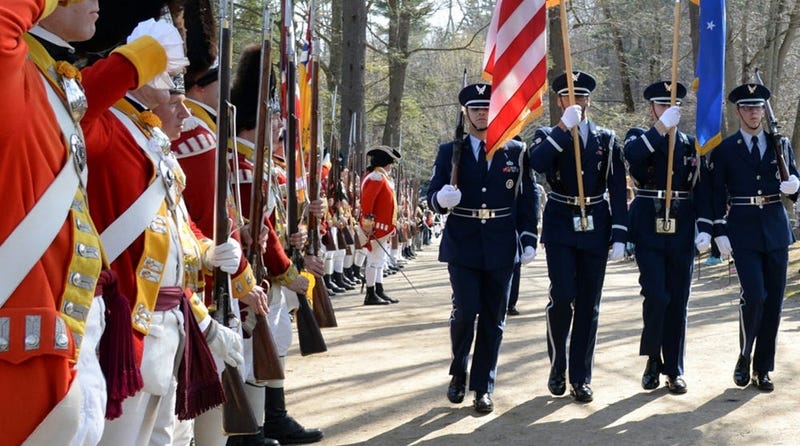 The Fourth of July is just around the corner and that leads to a question:

Which state has the red, white and blue pride?

According to a survey released Monday by WalletHub, New Hampshire is the most patriotic state in the union, followed by Wyoming and Vermont. The three least patriotic states are California, New York, and New Jersey.

The personal finance website compared the 50 states across 13 key indicators of patriotism, including their average number of military enlistees, the share of adults who voted in the 2016 presidential election and the number of AmeriCorps volunteers per capita to determine the rankings.

Turns out Virginia isn't just for lovers...it's also one of the best places for veterans

Alaska boasted the most veterans per capita, at 127 per 1,000 civilian adults. New York had the least at 54. Georgia had the highest number of military enlistees while North Dakota had the least. Utah has the highest volunteer rate, 51.00 percent, which is 2.2 times higher than in Florida, the state with the lowest, at 22.80 percent.

Maine had the highest percentage of adults who voted in the 2016 presidential election at 72.68 percent while Hawaii had the lowest at 47.27