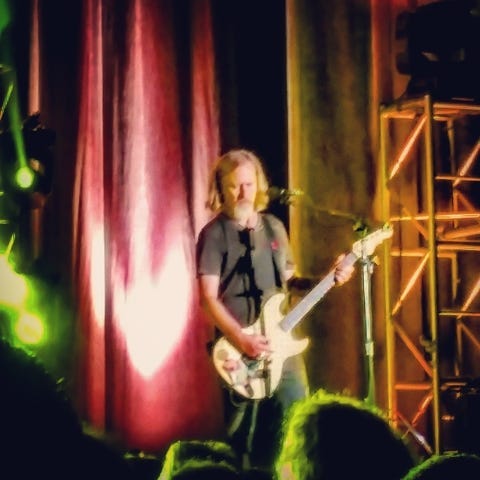 On a recent road trip, I heard Alice in Chains’ 1993 grunge classic “Rooster” and was taken with how relevant it still is today.

The song is about the strength of a soldier who headed to Vietnam, leaving behind his wife and kids and saw his buddy die.

So with time on my hands, I turned to Google and discovered an interesting history.

Jerry Fulton Cantrell Sr., nickname "Rooster," was a combat veteran of the Vietnam War. He served with the 101st Airborne Division, which has a fitting shoulder insignia- the Bald Eagle. 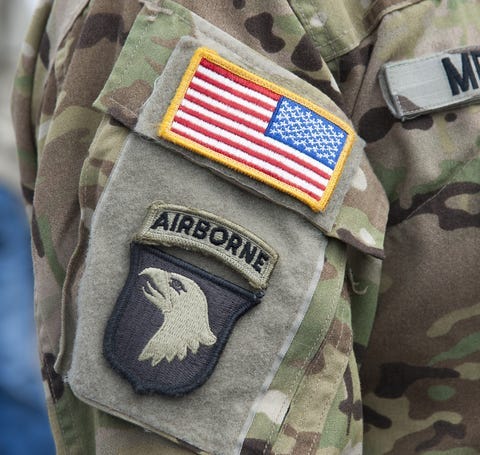 According to Cantrell’s bio, his parents divorced when he was young, due to “strains of war” and he went to live with his mother and grandmother near Tacoma, Washington.

In 1996, Rolling Stone did a powerful interview with Cantrell and Layne Staley (Alice in Chains' heroin-addicted frontman, who eventually overdosed and died in 2002)  where Cantrell said, "My dad was trained to be a fucking killer… After that, you can't just come back home and say, 'OK, everything's cool. I'm going to work 9 to 5 now.' That shit scars you forever. We had a lot of problems and occurrences because of that."

After "Rooster" became one of the most successful song's from their 1993 album Cantrell said it "sparked a new bond between Cantrell and his estranged dad".

Inside the CD notes of 1999's “Music Bank” box set collection, Cantrell also talked about the song, "It was the start of the healing process between my Dad and I from all that damage that Vietnam caused. This was all my perception of his experiences out there. The first time I ever heard him talk about it was when we made the video and he did a 45-minute interview …I was amazed he did it. He was totally cool, totally calm, accepted it all, and had a good time doing it. It even brought him to the point of tears. It was beautiful.”

And according to an interview with Guitar for the Practicing Musician magazine, Cantrell spoke about his father hearing the song for the first time, “He's only seen us play once, and I played this song for him…I'll never forget it. He was standing in the back and he heard all the words and stuff. Of course, I was never in Vietnam and he won't talk about it, but when I wrote this it felt right...like these were things he might have felt or thought. And I remember when we played it he was back by the soundboard and I could see him. He was back there with his big gray Stetson and his cowboy boots — he's a total Oklahoma man — and at the end, he took his hat off and just held it in the air. And he was crying the whole time. This song means a lot to me. A lot." 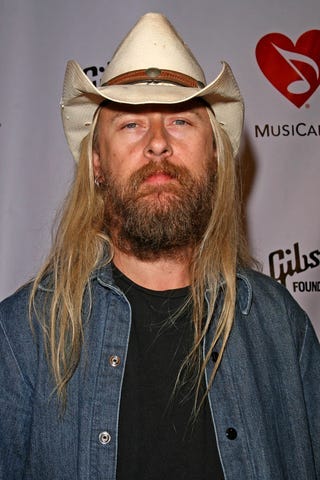 After reading the about the song’s deep connection to his father’s experience in Vietnam, I hope all combat veterans draw inspiration from the chorus:

So the next time you need some rock n roll to recharge your soul, crank up this anthem from 1993... it's perfect for the 2021 pandemic playlist!