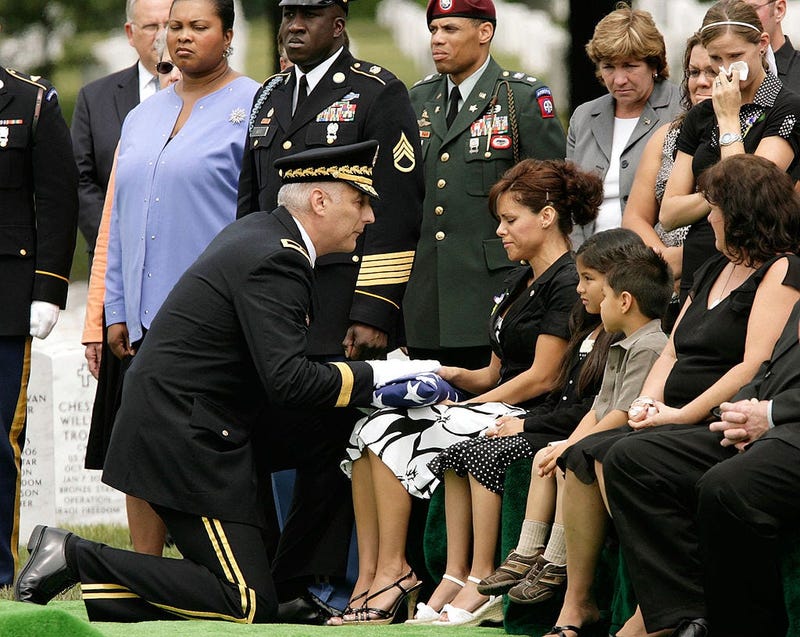 Families of fallen service members could receive more benefits -- potentially thousands of dollars per month -- if a fix to the so-called "widow's tax" stays in the defense spending bill and passes through Congress.

An amendment to repeal the widow's tax was included by Democrats in the $733 billion House version of the National Defense Authorization Act earlier this summer, among hundreds of other amendments. Republicans were largely critical of the decision, arguing that repealing the tax on Gold Star families was potentially expensive and there was no plan to offset those expenses.

The Senate already advanced its own version of the NDAA that specifically excluded the widow's tax.

Knowing that there could be a rough road ahead for the proposed change, Senators Susan Collins, R-Maine, and Doug Jones, D-Ala., along with 64 other members of the Senate, penned a letter calling on the leaders of the Armed Services Committees in both chambers to keep the fix in the final defense spending bill.

The House and Senate are in recess until September when they will return to Capitol Hill to negotiate a compromise bill to pass later this year.

The tax affects more than 65,000 military families nationwide, costing each an average of about $11,000 per year.

Those Gold Star families are entitled to receive two types of compensation -- the Dependency and Indemnity Compensation (DIC) program which provides about $15,000 per year to families of service members or veterans who die of service-related causes.

The second compensation type is the Survivor Benefit Plan (SBP) which service members can enroll in to give families of retirees up to 55 percent of their veterans’ retirement after their death, similar to private life insurance. While the Department of Defense subsidizes the payments, the service members pay into the program using part -- up 6.5 percent -- of their retirement benefits in order to be eligible for the program.

But when a service member or veteran dies of service-connecting causes, current law says their families can’t get the full amount of both payments -- every dollar paid out under DIC reduces the SBP payments by a dollar. The inability to collect both sets of benefits is often referred to as the “widow’s tax.”

“There has never before been more bipartisan support in Congress for repealing the SBP-DIC offset. Currently, there are 75 co-sponsors of legislation to repeal the widow’s tax in the Senate and 371 co-sponsors in the House,” the senators wrote. “We have an obligation to make sure that we are taking care of our military families who have sacrificed so much. This problem goes back decades, but this year we can finally solve it once and for all. It is our time to do our duty not only to support the brave men and women of our military but also to support their families.”

An attempt to repeal the tax in the Senate in June was blocked.

“Military commanders often say that you ‘recruit the soldier,’ but you ‘retain the family.’ We have an obligation to make sure that we are taking care of our military families who have sacrificed so much for our country,” Collins said in June. "This problem goes back decades, but this year we can finally solve it once and for all.”