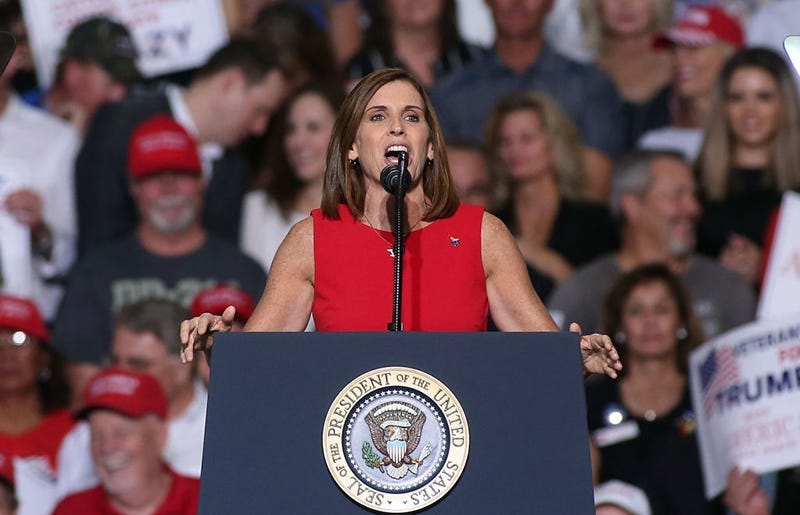 From experiencing harassment at local VA centers to lacking access to gender-specific care, the way women veterans have been suffering for decades is gaining the attention of the public and those in public office. Various women-specific legislation has been on the table, and, recently, the first-ever women veterans caucus was created to tackle these issues with support coming straight from Capitol Hill.

There are currently seven women members of Congress who are veterans, including one who declared a bid in the 2020 presidential election. Connecting Vets spoke with six of them about their own experiences with the Department of Veterans Affairs and what they think needs to be done.

“Early on, I just always saw the VA as somewhere the older generation, retired vets, these older guys go hang out at the VA and get their checkups, not a well-formed opinion, or an educated option of the VA...my understanding of the VA is much better now… now we have such a different population of veterans, especially women, and years ago there weren’t many women being treated by the VA but we see more and more of that….so because of that shift and change we need to see a shift and change in the VA.”

“I think having served in the late 80s and early 90s, I definitely felt a little bit like the outlier, being a woman. It really did feel as though the VA was not necessarily for me and for my gender. I know that over the last decade women have become more proportionally prominent in the military…and so it really is essential we start recognizing that.”

Do you utilize services at the Department of Veterans Affairs? Why or why not?

"I personally had a glitch in the appeals process so I could see how veterans could get lost in the shuffle … I could use my Tricare but I choose to go to the VA because it’s important for me to see what veterans are going through, how the system works, how the electronics systems work … it helps me also provide better feedback on how to improve the system and where it’s not working.”

“Yes, I’m proud to use VA as my primary healthcare provider because I know they are best equipped to identify and respond to the unique challenges veterans face in maintaining their health. When I’m at VA, I like to conduct my own small focus groups by talking to the other vets in the waiting room and asking them how their treatment is going."

“I haven’t personally … I’m doing a little bit of an experiment. I am eligible for care at the VA and fortunately have been healthy and haven’t needed to go to the doctor since I separated from the military. But I do want to sign up and be registered with the VA so I started that process through applying for care and registering online.”

There has been a push by veteran service organizations to change its motto to more inclusive verbiage. Do you think VA should look into this?

“I understand why many women want to make this change, but I see it as a historical statement and a solid mission statement. I’m also proud to hail from the home state of Abraham Lincoln, an American hero who uttered this motto in a speech delivered a month before the end of the Civil War. I wouldn’t have a problem if they wanted to change ‘him’ to ‘they/their.”

“I think that branding matters, there’s a reason why there is a motto right? It encapsulates the purpose of an organization, you know I’m a business person, an entrepreneur, and a brand builder. That’s what I’ve spent the last couple decades of my life doing and so if the motto, if the tag line, if the brand, doesn’t suit the customer then yeah, it makes sense to consider making it more inclusive so that people do understand that they’re welcome and they are in fact the customer.” 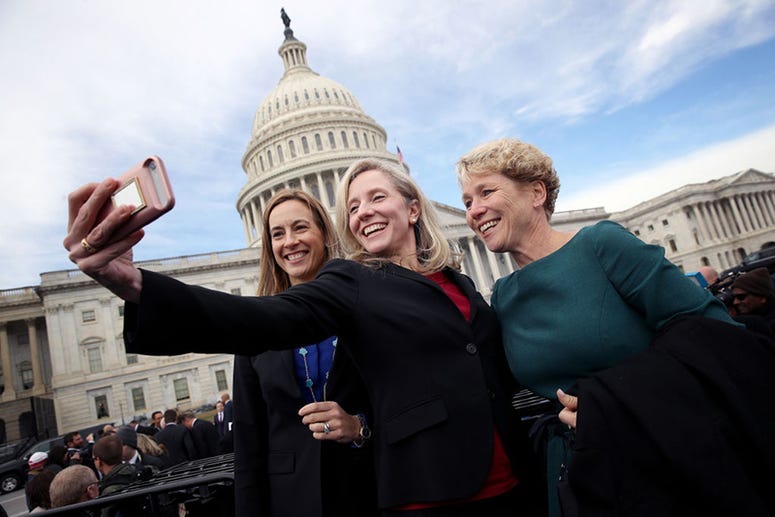 What, if any, are the barriers to women receiving care at VA?

“A lot of our women vets brought to our attention the fact that they couldn’t get mammograms at the VA and they had to go out of the VA system for some of their OBGYN needs. And, you know, often when they did that, the VA was late in paying its bills and so the women veteran's credit would get dinged … We have reports of our women feeling uncomfortable even entering the women hospital lobby … recently there was an article in the New York Times that this just wasn’t a New Jersey problem, this was a countrywide problem … so I wrote a letter to Secretary Wilkie outlining the problems we’ve been seeing and asked for a response so we could get an understanding of how they’re going to attack this problem.”

"It’s not that I felt unwelcome, it’s just that as I was looking around at the population at the VA, I felt very out of place and we’ve really got to change that.”

“I heard stories from a lot of people … across the country — women who either felt like it was not safe or intimidating for them, especially if they experience military sexual trauma, for them to go into that space and get the care that they need related to that or other women-specific care. I’ve heard stories of women saying they were treated as if they were not veterans because they’re women.”

“According to VA, out of 150 facilities, only 67 offered women-only clinics — that’s not acceptable. Women are veterans too."

“After I finished my recovery at Walter Reed, left the Armed Services and officially became a veteran, I began planning for children with my husband Bryan. However, I quickly learned the VA was barred by law from covering IVF treatments, despite the fact that countless Veterans suffer from infertility because of service-connected injuries and illnesses. Then, in 2016, VA announced they were expanding fertility treatments and counseling to those troops returning with fertility-affecting injuries like mine. There’s still more work to do on this issue, but I’m glad more of our veterans are now able to start their families.” 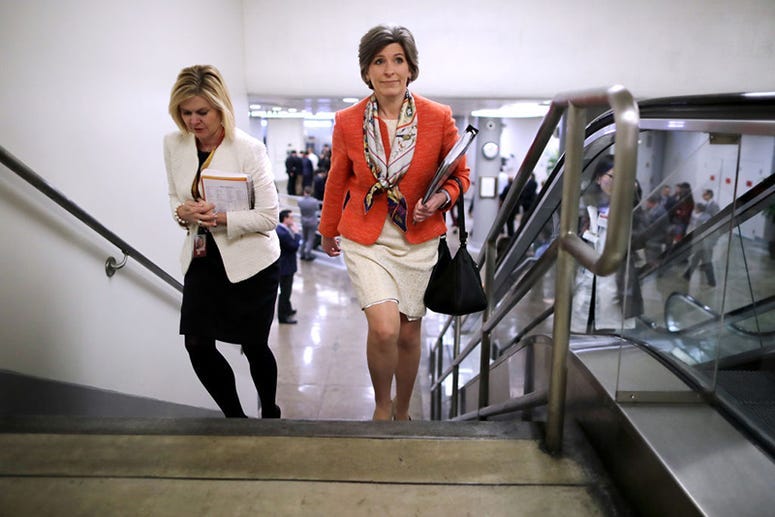 Do you plan to introduce any women veteran-related legislation this year?

“There’s a bill that I introduced that has to do with the accessibility of VA websites. We were approached by veterans who were blinded or [had] other disabilities that make it difficult for them to access VA websites. It appears that there’s really no consistency across the services that are available online for veterans and that the VA doesn’t have a grasp whether they’re meeting compliance…the more that things become the norm to sign up online for appointments, for healthcare, these websites need to be available for all veterans.”

“The Deborah Sampson Act — that’s something I was an initial co-sponsor of in the House and now in the Senate as well. I think that’s certainly a very important initiative to eliminate barriers for women and make sure that they have everything that they need for the care that they need. I do talk to Joni Ernst and Tammy Duckworth and I work out actually a lot of mornings with Tulsi Gabbard … we have some unique experiences regardless of what side of the aisle that we're on and so we're always looking for things that we can work on together to support female veterans.”

“The Female Veteran Suicide Prevention Act is one that we worked on that was signed into law. Probably the most important and significant one for the VA in just working with women…our women veterans peer counseling enhancement act. This is just making sure we have more women working inside the VA to support women veterans… I think we will see a new era of veteran.”

"I’ll also be re-introducing my bipartisan Veterans Preventive Health Coverage Fairness Act, which would make preventive healthcare more affordable for veterans by adding preventive medications and services to the list of no-fee treatments that VA covers. Currently, veterans are forced to pay co-pays for preventive healthcare services that military retirees and civilians with private insurance plans receive for free.”

“In Coatesville here, they actually have a nationally recognized program that is for in-patient residential programs for women and it is apparently very well regarded and I think it is something that should be emulated in other places. As we all know, opioid and other forms of addiction are becoming more prominent, particularly in the veteran population and the way that women should be treated isn’t necessarily the same as men and frankly, they feel more comfortable with a population of women than a co-ed population."

“We just passed the VA Childcare Act of 2019 and I included some amendments to that, that impact hiring standards, people that are victims of military sexual trauma, giving people some public notification of what’s offered at our VA but that amendment that I offered specifically are access to childcare. We were seeing parents not making appointments or not keeping appointments and we're really trying to attack this problem of veteran suicide so to think that people would be suffering and not be able to make their doctors’ appointments just for lack of childcare was something that I thought was important to address.”