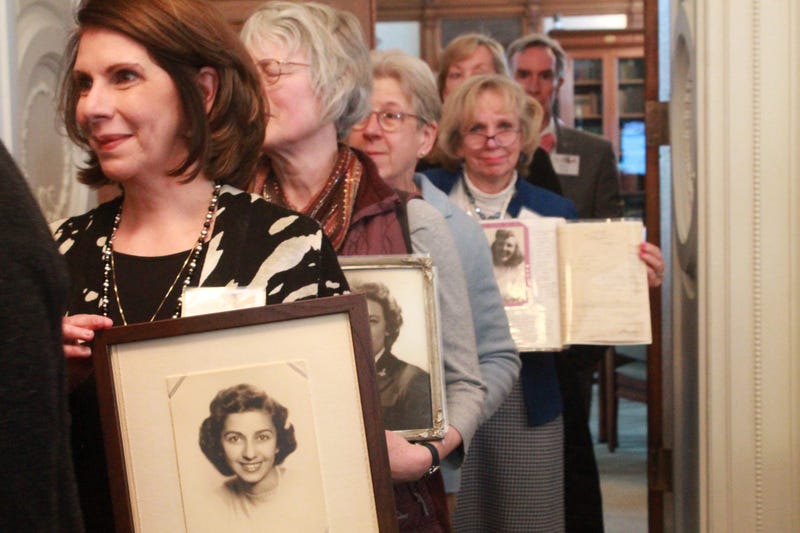 In an effort to maintain what is now referred to as "operational security," the women were told to tell family and friends they were working as secretaries, a common career for women in that time.

Many of their families had no idea what these women did during the war. And many didn't see their fellow code breakers again until this year.

Five “Code Girls,” as well as their family members, were honored Friday by the Veterans History Project at a ceremony at the Library of Congress.

“One of the wonderful things about the Second World War was it helped not only us speak with each other, communicate with each other, but it also brought people from around the world together, “ said “Code Girl” Suzanne Embree. 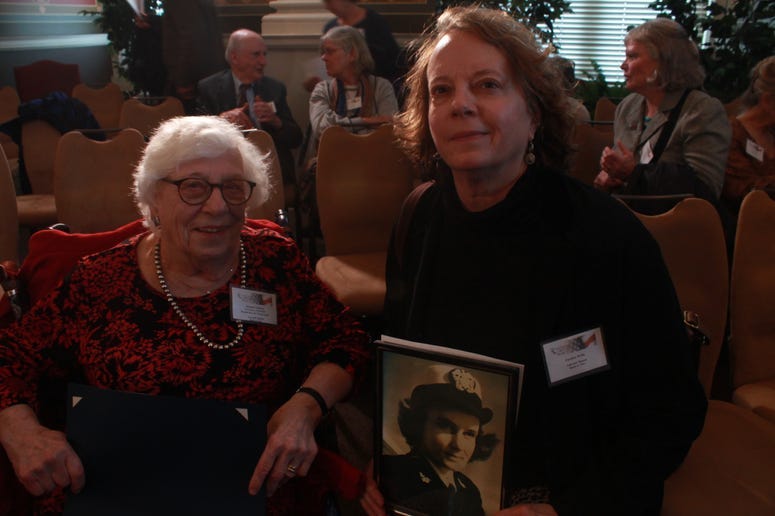 Embree was just one of the World War II veterans whose story was documented in Liza Mundy's book “Code Girls, The Untold Story of the American Women Code Breakers of World War II."

“I wonder some readers might disbelieve this story…10,000 women. They left small towns. They were recruited as college seniors, many of them were school teachers,” Mundy said. “I think of the code girls as the ‘hidden figures’ of the greatest generation.”

While their service was integral to America’s victory, many of the women were unaware of their work's impact.

“It’s overwhelming and just fantastic and to meet the author of the book was fantastic, it’s really great,” said Katherine Fleming, who served in the Civilian Army Signal Corps. “I just did my job and fortunately it must have been okay because we won the war.” 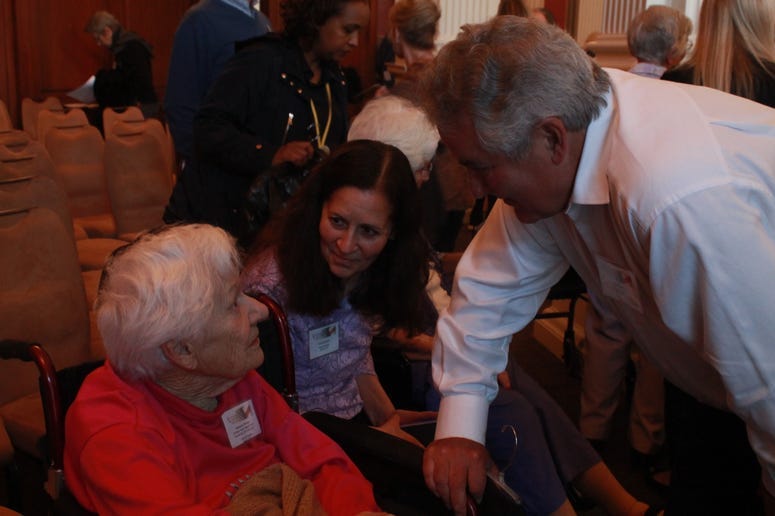 Fleming, like thousands of other young women, was recruited out of college. The military recruited those who were studying math and science and would administer aptitude tests like crossword puzzles to measure their abilities.

Thousands of young women were then transported to Arlington Hall, a former all-girls school in Washington, D.C., which would serve as the installation where they worked in secret within the Army Signal Corps.

The work was so classified women like Virginia Dalton lived their adult life without even sharing the story of their service with their children. 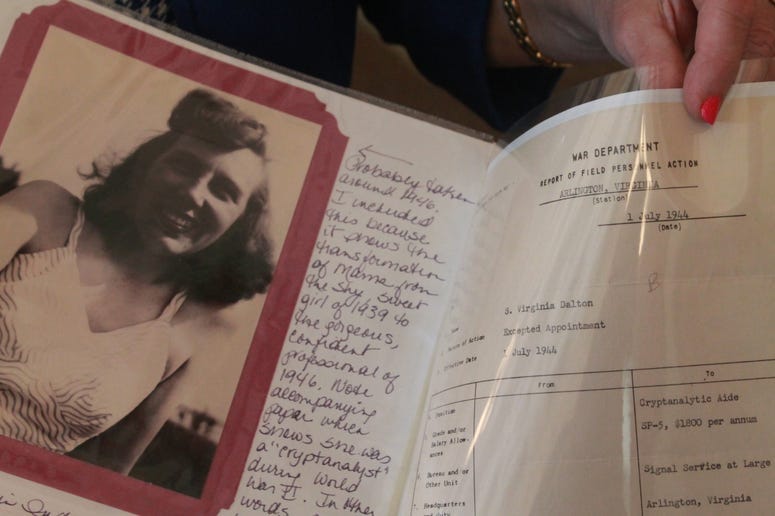 Dalton was recruited out of Ohio State University with the official title of “cryptological aide." And kept nearly all of the details of her service secret from her family.

“She would tell me and my sister she would be shot," Dalton’s daughter Janice McKelvey said. "She always said she worked in military intelligence and she was very proud of that, but she said ‘I'll never be able to tell you what I did.'"

As the veterans reach their mid-90s, they are just now sharing the details of how they transcribed enemy communications.

McKelvey has been able to piece together a bigger picture of her mother’s contributions to the war effort from records and documents Dalton kept, including a planner of her daily activities.

"World War II was the tipping point for women joining the military," Mundy said. "As a nation, it's helpful and heartening to read stories of true achievements."

While Mundy's book chronicles how thousands of American women joined the force to help America in the Second World War, this wasn’t the first time women had been recruited to work in telecommunications during wartime.

In World War I, 223 women worked as telephone operators within the Army Signal Corps, helping American and allied forces communication due to the French language barrier.

Related: The Hello Girls: they served before they could vote
Want to get more connected to the great stories and resources Connecting Vets has to offer? Click here to sign up for our weekly newsletter.