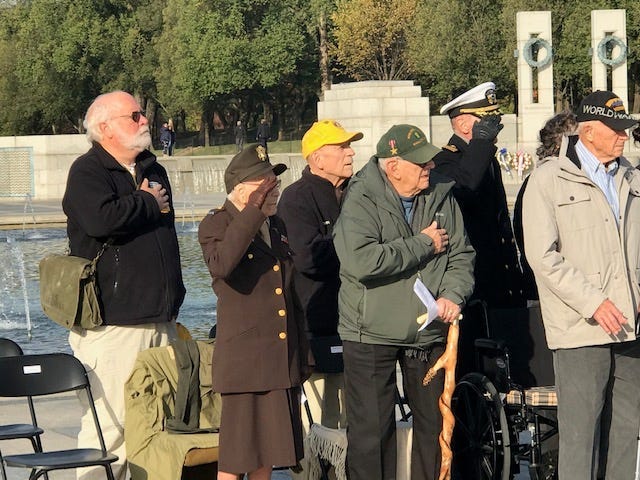 Ryder Witherington may only be 9 years old, but he knows the significance of the Combat Infantry Badge that he proudly wore Monday to the Veterans Day observance at the World War II Memorial in Washington, D.C.

The badge belongs to Witherington’s friend, World War II veteran Bob Swain, who was drafted into the Army in 1944 and earned the badge during the Battle of the Bulge.

“He is my friend,” said Witherington. “I’ve known him for one or two years.”

Witherington’s dad introduced him to Swain. The two immediately hit it off, bonding over their mutual love of history.

“He gave me his Combat Infantry Badge,” Witherington said proudly. “He won that at the Battle of the Bulge. That was his very first battle.” 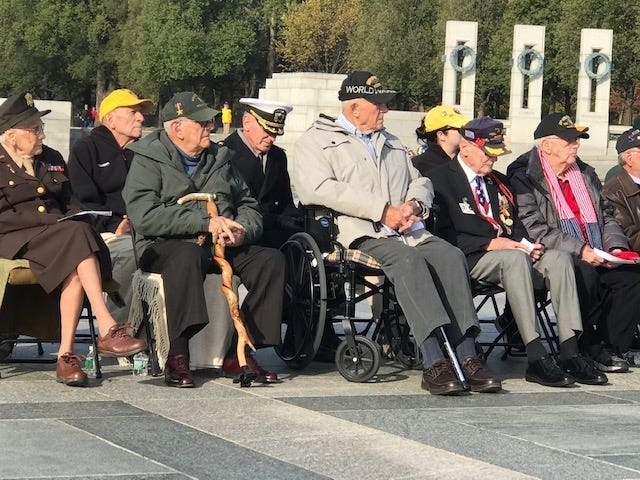 Swain said he was sent to Europe without finishing basic training because senior military leaders “knew the Battle of the Bulge was coming.”

The Battle of the Bulge was the last major German offensive of the war. After their victory, allied forces marched towards Germany itself. The Nazis surrendered around five months after the battle.

Swain said nearly every basement in Cologne, Germany had champagne and wine in it before somberly remembering a place he called Suicide Hill. It was there that Swain and his unit came under German fire around mealtimes. 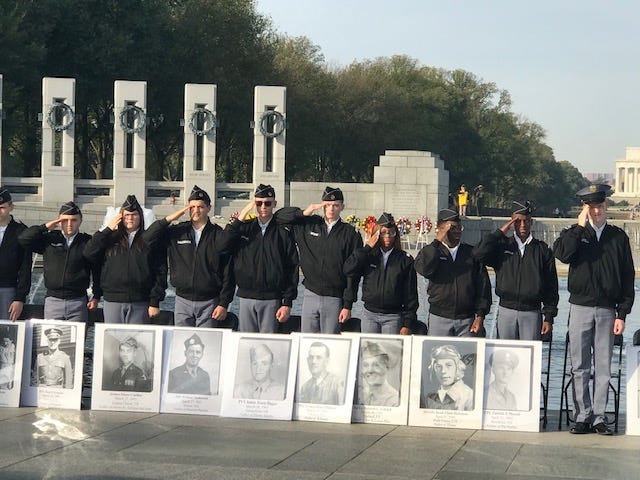 Following the German surrender, Swain and his unit returned to Fort Benning, Georgia to train for an invasion of Japan. That never came because of the atomic bombings of Hiroshima and Nagasaki.

Swain returned to his home in Maryland after being discharged, working at a metal works company and then at the National Naval Medical Center in Bethesda before retiring in 1990.

He called Witherington his “little buddy” and said he was proud to be among the World War II veterans asked to lay a wreath during the observance.

The ceremony was organized and produced by the Friends of the National World War II Memorial.