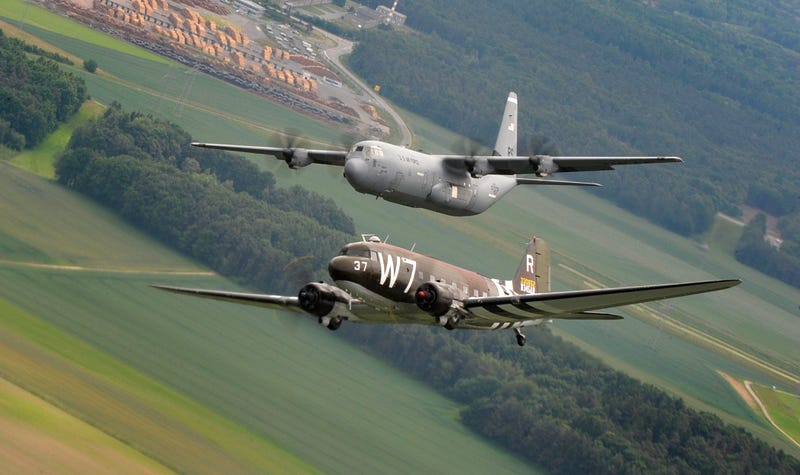 World War II vintage aircraft will fly over Washington D.C. Friday, May 10, in honor of the 75th anniversary of D-Day.

The flyover will be conducted by members of the D-Day Squadron, part of the non-profit group the Tunison Foundation. The group works to maintain and educate the public about not only the aircraft that flew during World War II but the pilots as well. The group's main mission will soon come to fruition — American C-47s will fly from the U.S. to Normandy on the 75th anniversary of D-Day.

"Daks Over Normandy" will be the largest assembly of authentic vintage C-47 military aircraft and paratroopers since June 6, 1944. The planes will fly from across the globe — from Scandinavia to Australia.

But before flying across "the pond"part of the squadron will fly over the D.C. area.

“These are the aircraft that people would recognize that were the jump aircraft, the parachute aircraft that were part of the D-Day in invasion in 1944, as well as all manner of WW II operations,” Chris Eads, the Aircraft Owners and Pilots Association's Senior Director of Outreach and Events, told WTOP.

The planes will also pass over Manassas and Woodbridge in Virginia, Clinton and Oxon Hill in Maryland, and the Pentagon and Arlington National Cemetery.