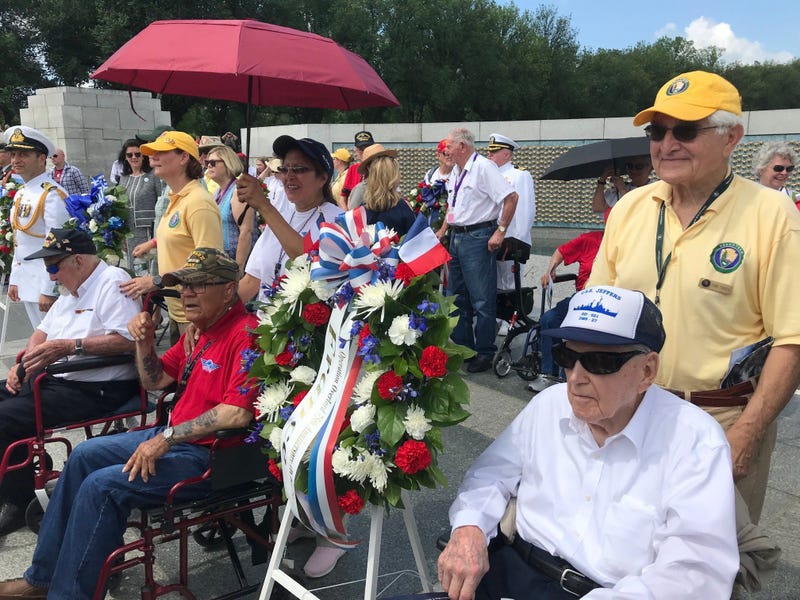 They stormed the beaches and parachuted from the skies above Normandy 75 years ago today.

On Thursday, the memories of those who didn’t survive D-Day and the lives of those who returned and remain among us today were honored during a ceremony at the National World War II Memorial in Washington, D.C.

“On this day in particular we want to make sure we embody in our own lives and nurture the patriotism, courage, self-sacrifice and bravery exhibited by that generation,” said Josiah Bunting, chairman of the Friends of the National World War II Memorial, the organization that hosted the event.

More than 4,000 American service men died on D-Day, the battle that turned the tide of World War II in Europe.

“They were young men, many of them just 18, 19, 20 years old who answered the call to take up arms and shouldered an awesome responsibility beyond their years,” said Jeffrey Reinhold, acting superintendent of the National Mall and Memorial Parks.

The men who gave their all on D-Day have names

Retired Army Maj. Anthony Grant was among those young men. He served in the Quartermaster Corps in Europe, arriving in Normandy a month after D-Day before going on to liberate France and Germany.

“I was in the UK, I was in France and I was in Germany,” Grant, a World War II and Korean War veteran, said.

Grant was among the group of World War II veterans who were not only honored at the ceremony, but laid wreathes in memory of their fallen comrades. 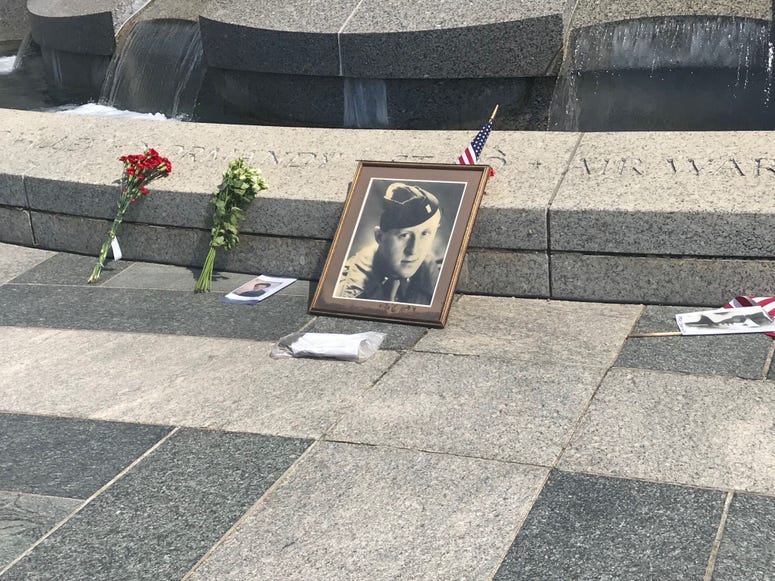 “To see these guys, to have the chance to say thank you, means so much,” said Alicia Harrison of Boulder, Colorado. “I’ll never have this chance again.”

Alex Kershaw, author of “The Bedford Boys” and “The First Wave," served as the event’s master of ceremonies.

“Thank you, thank you from the bottom of my heart for 75 years of peace in Europe,” he told the veterans. 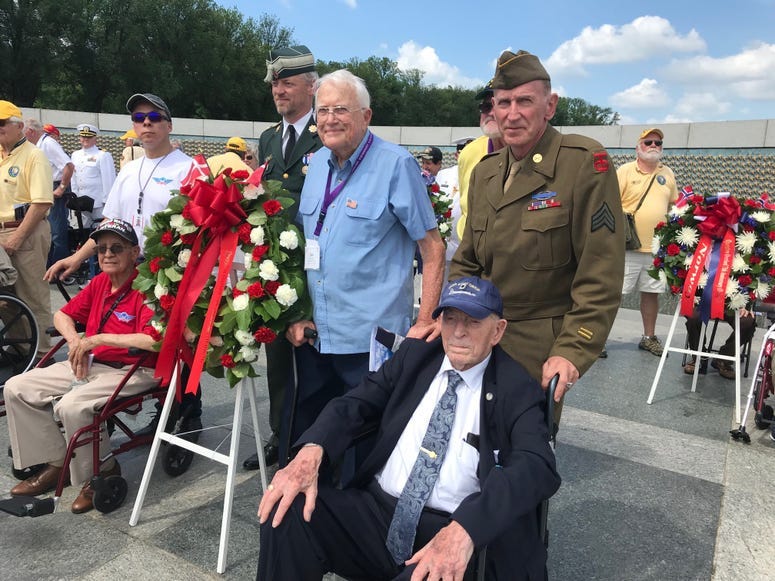