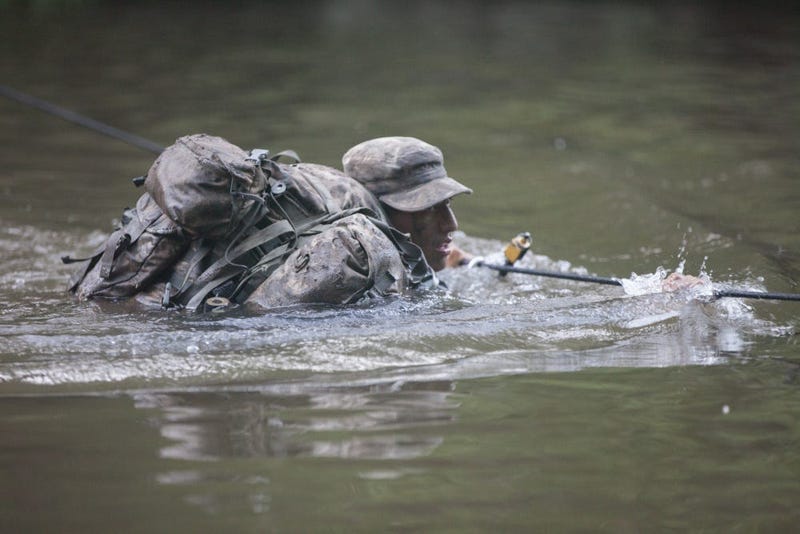 The Washington Post, and to some extent the U.S. Army itself, have called shenanigans on these claims.

Both men are Ranger School graduates. However, they did not serve in a Ranger Battalion. To the general public, and even service members outside of the Ranger community this sounds like a distinction without a difference.

Ranger School is a two-month-long course that teaches leadership and infantry tactics and is available to any qualifying soldier in the Army to attend. As an Army school, it falls under Training and Doctrine Command (TRADOC). The 75th Ranger Regiment is a special operations direct action unit that falls under Special Operations Command (SOCOM) and includes three battalions and several support elements. Service in the Ranger Regiment requires graduating from the Ranger Assessment and Selection Program (RASP). Not all members of the Ranger Regiment are Ranger School graduates but those in leadership positions are.

To confuse matters even further, instructors assigned to Ranger School and those assigned to the 75th Ranger Regiment both wear tan berets.

If this sounds a bit convoluted, that's because it is, but the distinctions are crystal clear to those who are part of the Army's Ranger community.

So can John James and Bryant Messner claim to be Rangers because they graduated from Ranger School or is this some type of Stolen Valor? According to the Army and in the interest of accuracy, both can justifiably make the claim that they are "Ranger qualified" meaning that they completed Ranger School and earned the black and gold Ranger tab. Simply claiming that they were Rangers may come across as a misrepresentation of their service since they did not serve in the Ranger Regiment.

Neither political candidates are telling outright lies, but rather are saying something that may irk the relatively small community of Ranger Regiment veterans.