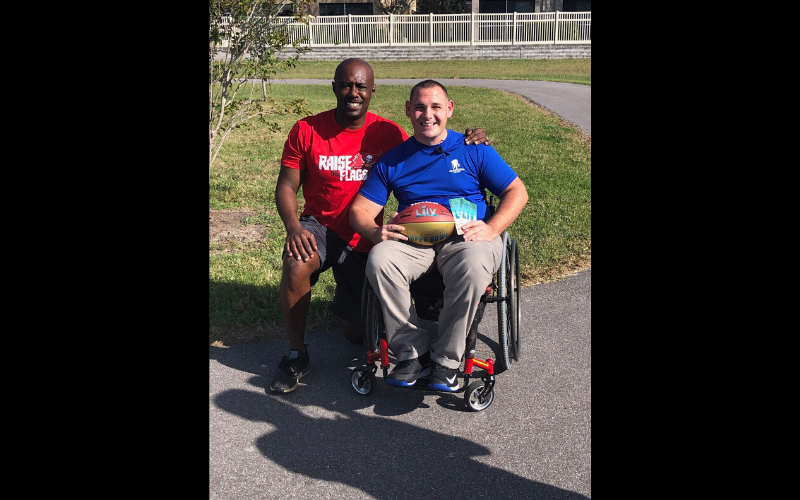 A wounded warrior will soon be able to check going to the Super Bowl off his bucket list.

“Just coming out here to show my support and say thank you for the service you gave this country…Super Bowl tickets can’t comp that but it’s a start,” Jackson told WFLA.

Delancey was shot in the spine by a sniper during his second deployment in Iraq in 2006. As a result, he was left paralyzed.

“It’s an absolute dream, I’ve always wanted to go to a Super Bowl and knowing you’ll be a part of history,” Delancey told WFLA.

The surprise was made possible by the NFL and Wounded Warrior Project. 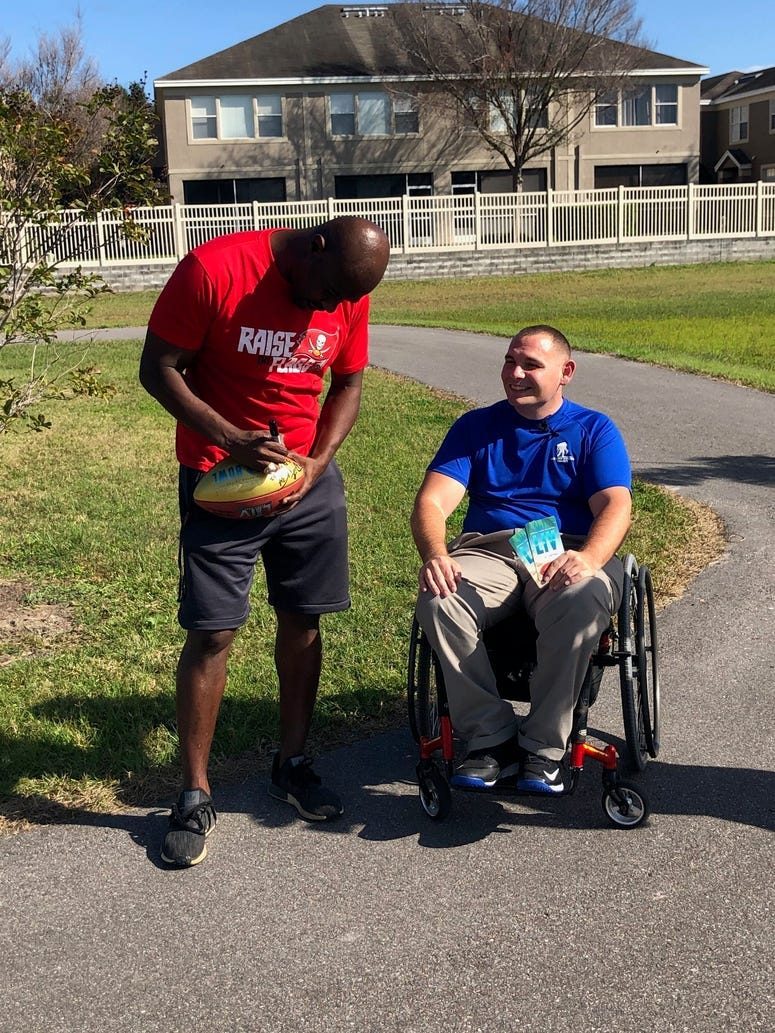 Delancey formed his own charity in 2013, Wounded Warriors Abilities Ranch. It let’s injured veterans experience a variety of recreational activities in a safe environment.

‘‘I want to motivate fellow warriors to recover from their injuries as best they can and to never give up,” Delancey said. “Your Alive Day isn’t the day you almost died; it’s the day you chose to live.’’

Wounded in the aftermath of 9/11, vet on a mission to help others heal