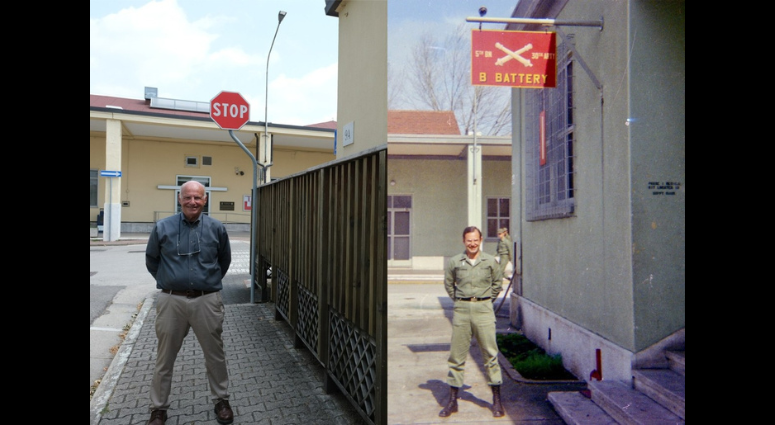 A half-century ago, Henry Von Kohorn walked the streets of Caserma Ederle – an officer who commanded a field artillery battery that he never forgot.

That’s why Von Kohorn, 78, chose to celebrate his wedding anniversary in Vicenza, with his wife Meredith and 10 family members, to reflect on the post that brought him and his wife together.

“They don’t ask me a lot about the military, but I want to expose them to it,” said Von Kohorn, of his family.

During their visit, there were a lot of memories to discuss – some joyous and some sad.

“I never left Bravo Battery,” said Von Kohorn. “That was my home.” 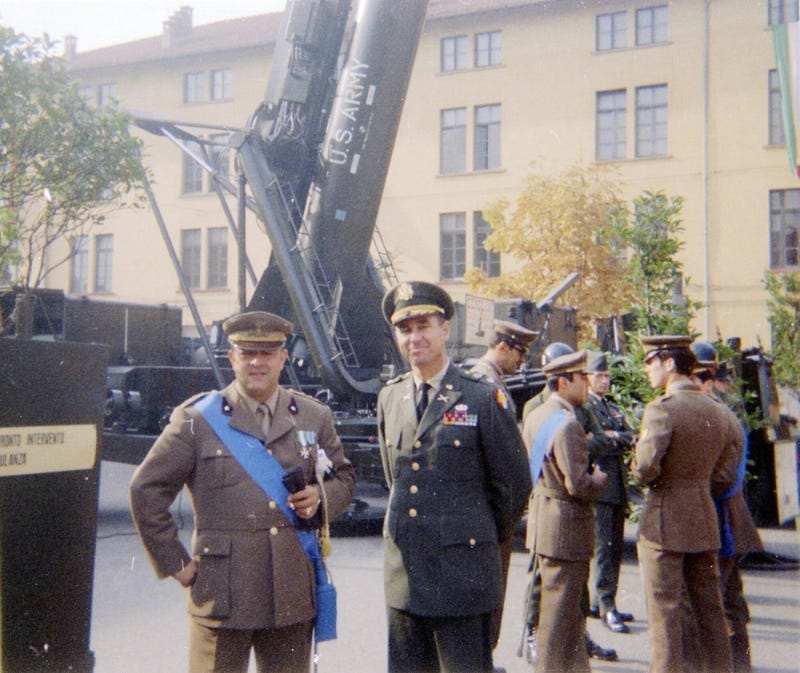 “I’m just tearing up, that the colonel would take time to say hi to me and my family,” Von Kohorn said. “It’s just a nice feeling.”

Von Kohorn met Meredith at the Villaggio family housing area. He was a young lieutenant. She was on vacation, visiting friends. The housing area, under heavy construction now, is being entirely rebuilt for a future generation of Soldiers. 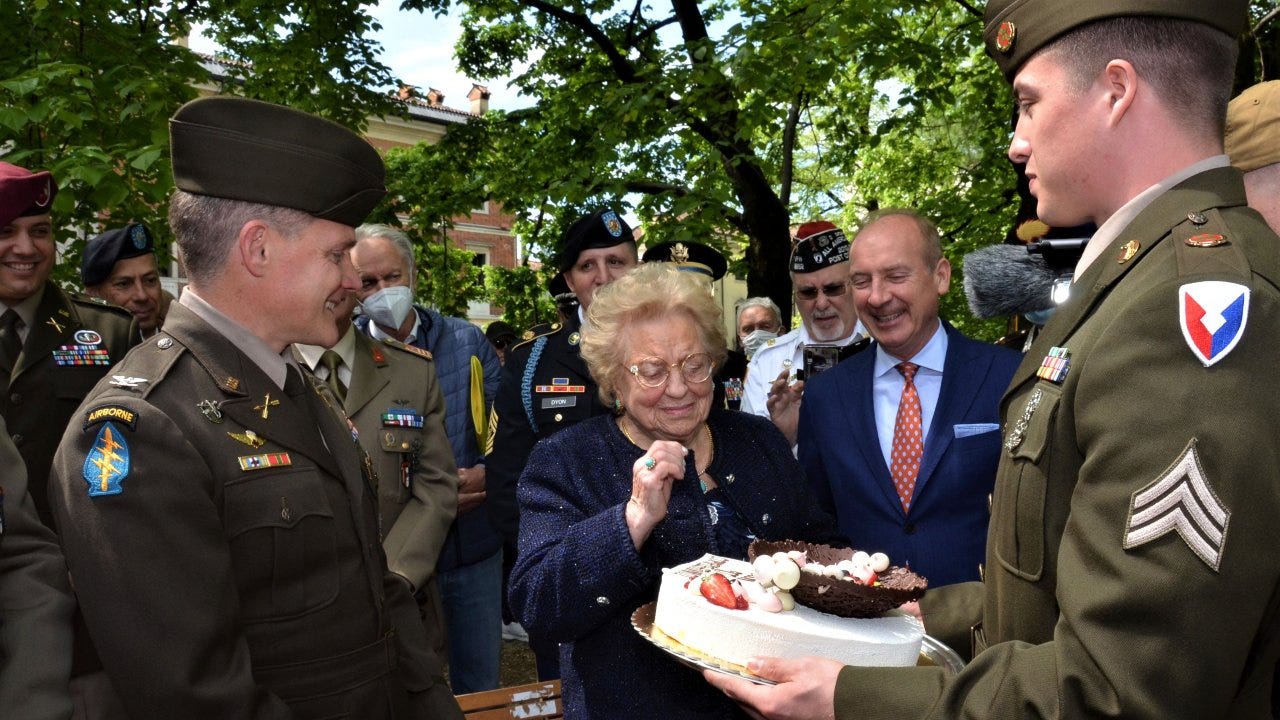 On a somber note, Von Kohorn paid his respects to Lt. Col. William B. Nolde. A memorial on Olsen Ave. is dedicated to Nolde, Von Kohorn’s former battalion commander. Nolde was the last official American combat casualty in Vietnam.

“He was a real gentleman,” Von Kohorn said.

He and his family also visited more recent memorials, those dedicated to Caserma Ederle-based Soldiers who died in Afghanistan and Iraq.

“There’s a lot of emotional resonance here for me,” he said.

Both meeting his wife and serving under Nolde, transformed his Army experience and his life, Von Kohorn said. Five decades later, his Army service has a strong impact on his family.

“We have a great deal of respect for the people who are in the military,” Meredith Von Kohorn said. “When we see these wonderful young people, it just makes us feel great about the USA.”

The trip also brought her back to the summer of 1970. She was glad her children got the chance to see where her husband served and where their relationship began.

“This was an important part of his life. He was very anxious for the children and grandchildren to come back and see it,” she said. “Today was wonderful.” 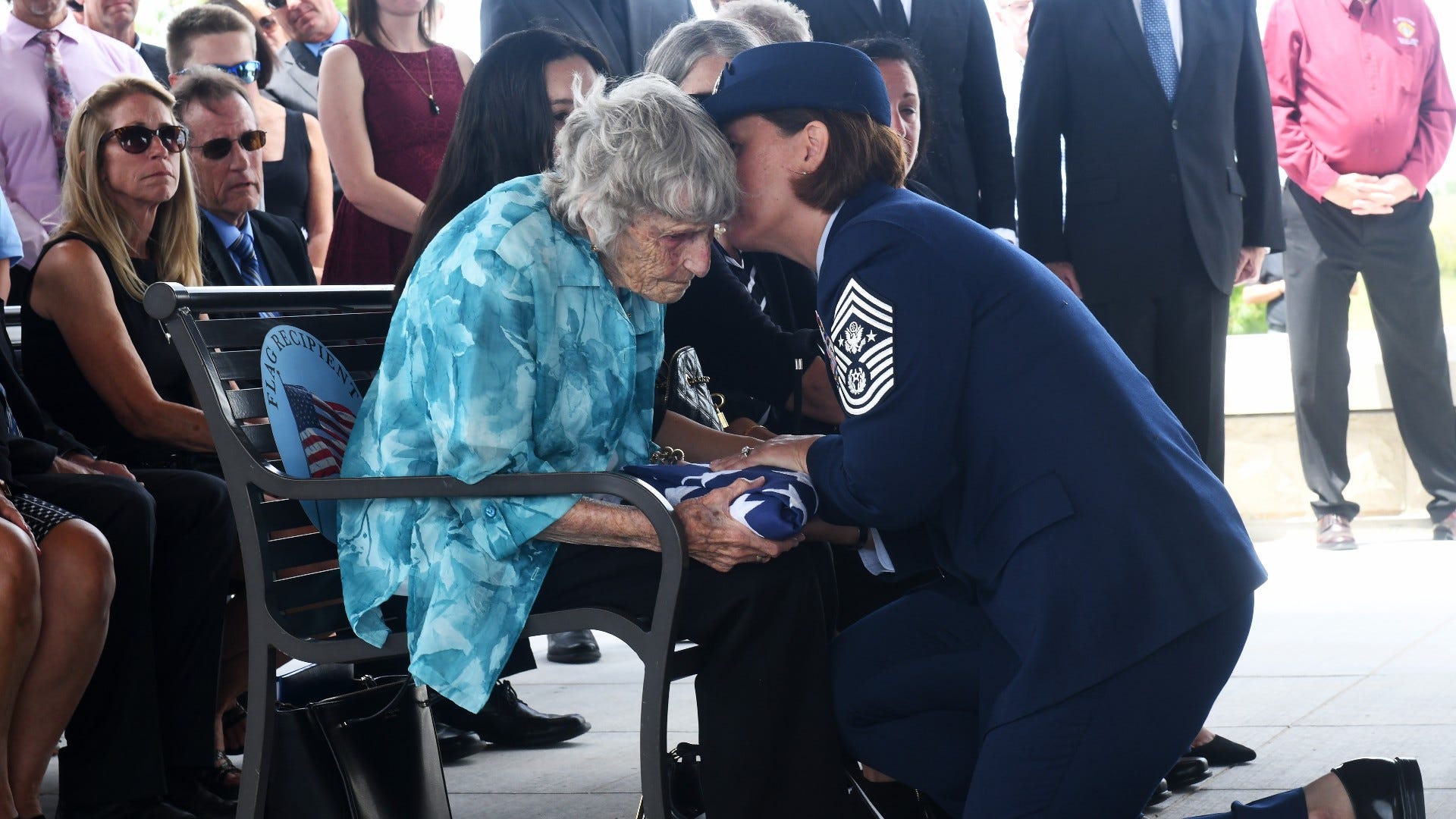