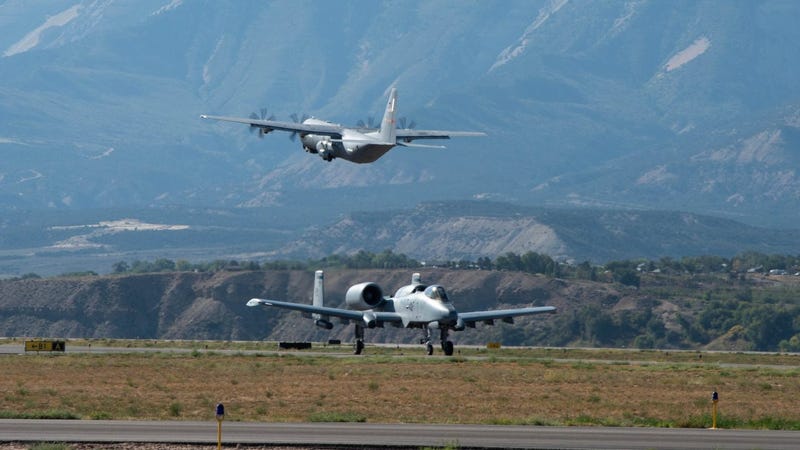 Active duty, Air National Guard and Reserve Airmen gathered in Colorado and Wyoming for 22nd Air Force’s flagship exercise Rally in the Rockies Sept. 12-17. The exercise is designed to develop Airmen for combat operations by challenging them with realistic scenarios that support a full spectrum of operations during military actions, operations or in hostile environments.

One of the three locations for the exercise was at the Rifle Garfield County Airport. More than 100 Airmen were in Rifle taking part in the air operations portion of the exercise and honing expeditionary skill sets by taking part in Multi-Capable Airmen training where they learned skills from various Air Force jobs to include we