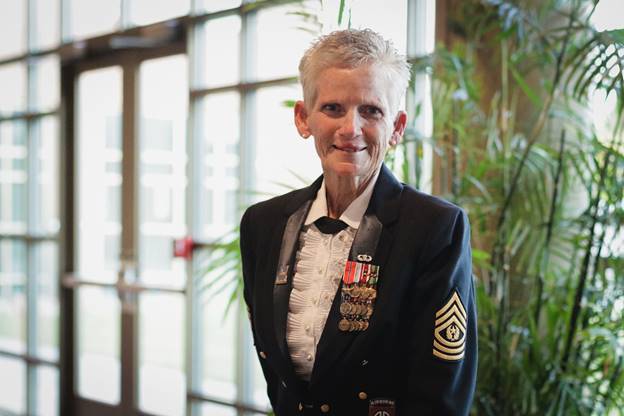 Retired Army Command Sgt. Major Gretchen Evans is set to receive the Pat Tillman Award for Service during the 2022 ESPYS on July 20.

“Gretchen Evans incurred life-changing injuries that ended her storied military career, but found strength to overcome through the help of No Barriers,” said Marie Tillman, board chair and co-founder of the Pat Tillman Foundation, said in a release.

The award is given to an individual with a strong connection to sports who has served others in a way that echoes the legacy of Tillman, a former NFL player and U.S. Army Ranger.

“I can only hope that this serves as an inspiration for others,” Evans said of receiving the award. “We believe that disabilities do not define who you are or what you can accomplish. If members of our team can compete in the ‘World’s Toughest Race,’ other individuals with traumatic brain injuries, who are deaf, live with Type 1 diabetes, or face some other challenge of body, mind, or spirit can overcome obstacles and achieve their own goals and dreams in their lives.”

Evans joined the Army in 1979 to help pay for her education and quickly realized that military life was her calling and served for 27 years.

In 2006, she was deployed in Afghanistan when she was severely injured by a rocket blast, landing her in an Army hospital in Germany. When she awoke, Evans learned that she had suffered total hearing loss and a traumatic brain injury, which would end her military career. 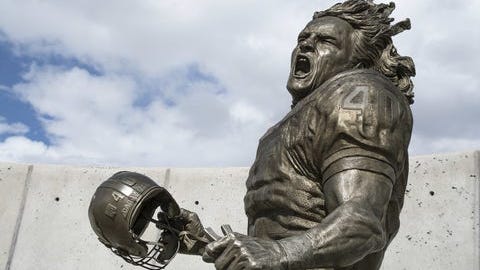 In the months to come, suffering from severe depression and PTSD, Evans struggled to find her footing but then found a path forward through mentoring and competition by founding Team Unbroken.

Team Unbroken is an adaptive racing team comprised of mostly veterans who have experienced life-altering injuries, illness, or traumas to compete in the World’s Toughest Race: Eco-Challenge Fiji. The non-stop, multi-day expedition competition sees teams traverse mountains, jungles, and seas. The team was formed out of Evans’ involvement with a number of veteran advocacy groups where she mentored and coached her fellow veterans.

“Members of Team Unbroken have had numerous doors shut in their faces and have been told they could not participate in certain activities,” said Evans. “People saw us as broken due to our injuries, but we are not broken, we are unbroken. We set out to be an example of inspiration and hope for the mixed-ability community.”

Evans is also a nationally known motivational speaker who has been inducted into the U.S. Army Women’s Hall of Fame and U.S. Veteran Hall of Fame. She is also the recipient of numerous medals and awards, including the Bronze Star, a Presidential Unit Citation Medal, several Global War on Terrorism ribbons, and six Meritorious Service Medals. 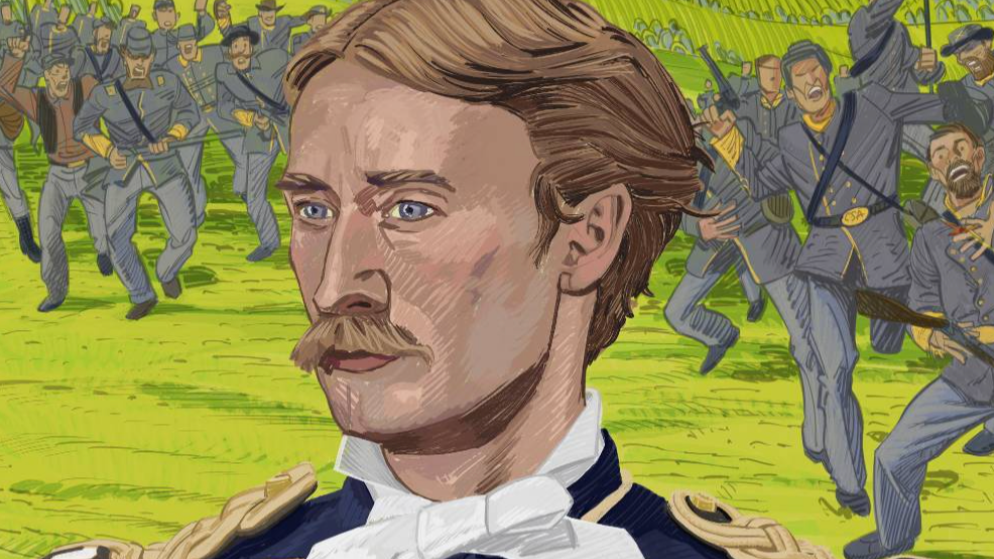