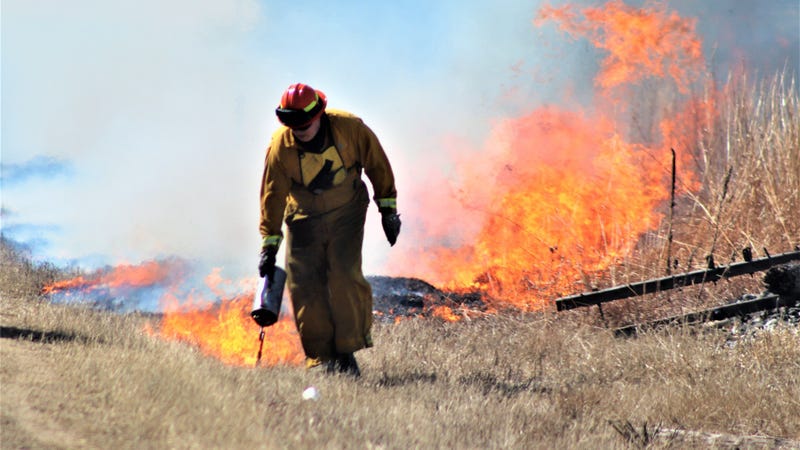 "Today, no nation can find lasting security without addressing the climate crisis. We face all kinds of threats in our line of work, but few of them truly deserve to be called existential. The climate crisis does," he said, adding that "climate change is making the world more unsafe and we need to act." 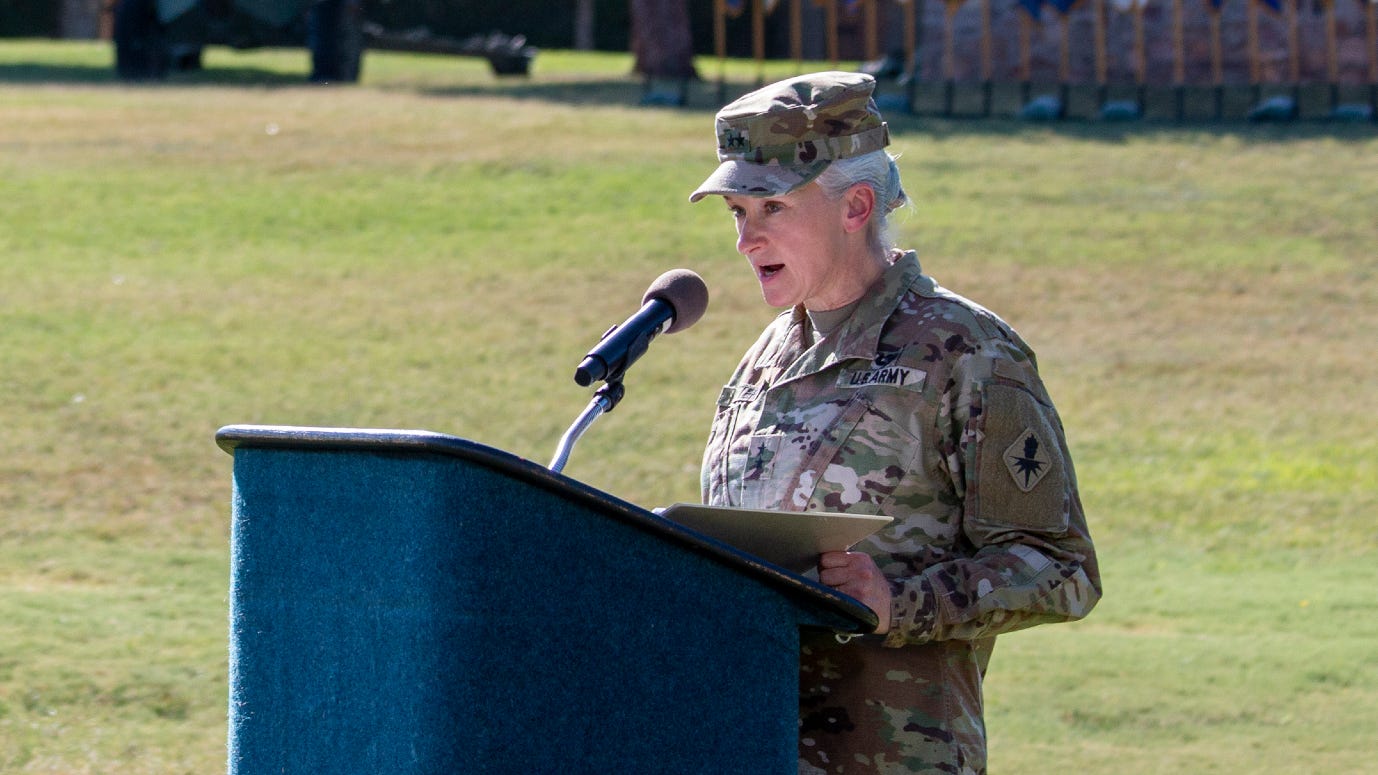 The climate crisis is a profoundly destabilizing force for the world, Austin said. As the Arctic ice melts, competition for resources and influence in the region increases. Closer to the equator, rising temperatures and more frequent and intense extreme weather events in Africa and Central America threaten millions with drought, hunger and displacement.

As families risk their lives in search of safety and security, mass migration leaves them vulnerable to exploitation and radicalization, all of which undermine stability, he said. And in the far reaches of the Pacific, rising sea levels and more frequent and intense storms put individuals, families and whole communities at risk, while pushing the limits of the world's collective capacity to respond.

The Defense Department has been impacted directly in just the past few years by extreme weather caused by climate change, he said, providing some examples:

Hurricane Michael inflicted billions of dollars of damage at Tyndall Air Force Base in Florida.
Severe flooding of the Missouri River in the Midwest damaged Offutt Air Force Base, Nebraska, costing hundreds of millions of dollars.
Wildfires in California have threatened military installations, forcing repeated evacuations.
Typhoons in Guam most commonly occur from June to December, but in February 2019, Typhoon Wutip forced the DoD to pause exercises with Australian and Japanese allies. 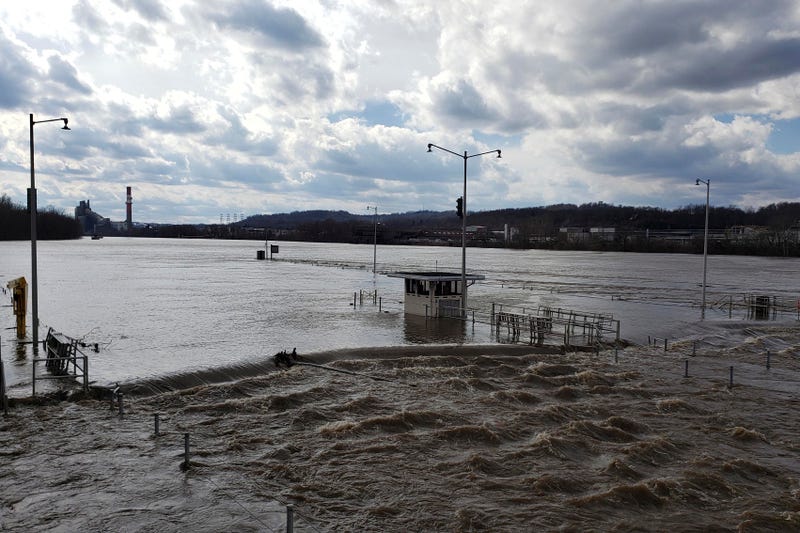 Floodwaters forced the closure of the Locks and Dams 3 on the Monongahela River in Elizabeth, Pa., on March 1, 2021. Photo credit Defense.gov

The department has been called repeatedly to support communities throughout the United States and abroad, as they attempt to recover from severe weather events, Austin said.

"From coast to coast and across the world, the climate crisis has caused substantial damage and put people in danger, making it more difficult for us to carry out our mission of defending the United States and our allies," he said.

That's why President Joe Biden has tasked the United States' 18 intelligence agencies with producing a National Intelligence Estimate on the security implications of climate change, he said. 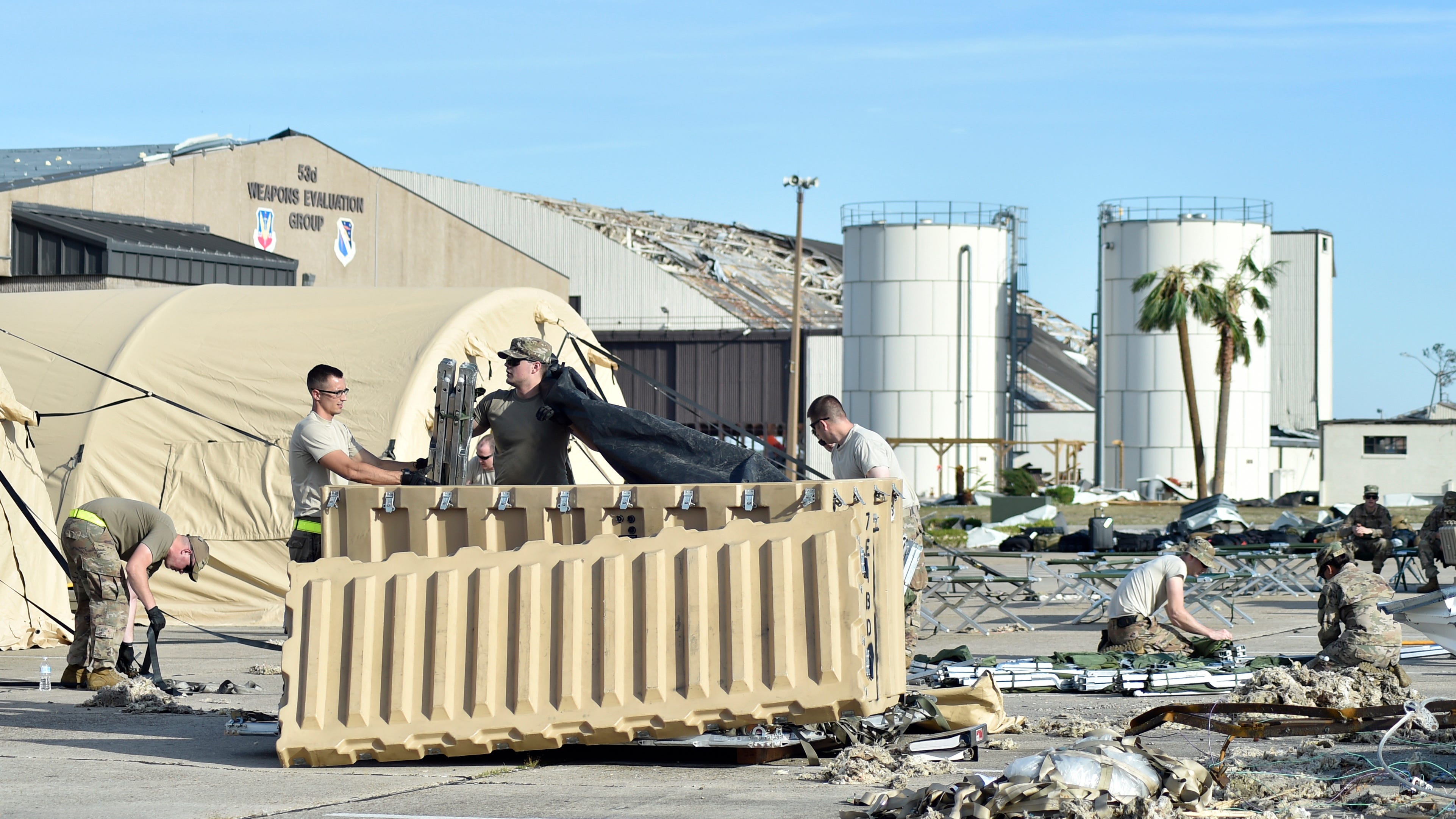