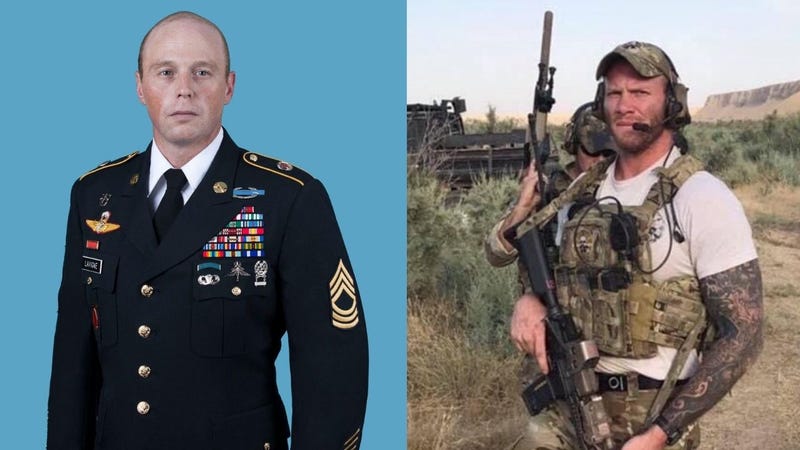 Fort Bragg officials announced that the Master Sgt. William J. Lavigne II and Timothy Dumas, a veteran previously stationed at the post, were found dead at a training site on the base Wednesday afternoon.

Lavigne was assigned to Headquarters and Headquarters Company, U.S. Army Special Operations Command, officials said in a news release Friday, but an Army source speaking to Connecting Vets on the condition of anonymity confirmed that he was a member of B-Squadron, Special Forces Operational Detachment-Delta, commonly known as Delta Force.

The circumstances under which Lavigne and Dumas died are currently being investigated by the Army's Criminal Investigations Division (CID).

However, Lavigne has some dark moments in his past, including the killing of a fellow soldier in 2018.

Sgt. 1st Class Mark Daniel Leshikar enlisted in the Army in 2009 and joined Special Forces a few years later, assigned to A/Co 1st Battalion 19th Special Forces Group (Airborne) as a weapons sergeant. He deployed to Afghanistan in 2015 and Tajikistan in 2017.

At some point he became close friends with Lavigne according to Leshikar's sister Nicole Rick.

On March 21, 2018, Leshikar and Lavigne got into an altercation. Lavigne locked Leshikar out of the house, but his young daughter unlocked the door for him. Back inside the residence, the two confronted one another, ending when Lavigne allegedly shot and killed Leshikar.

"William told me that my brother had a screw driver but nothing was found at the scene. William was never drug tested and no real investigation was ever held," Rick said. "Army investigators told us that William was being processed out of the military but based on the Army’s statement thats seems false."

A spokesperson for USASOC confirmed that Lavigne is in fact the same individual who was investigated for killing Leshikar in 2018.

news
11 travel accessories to keep you comfy and organized on your next trip
sports
Nancy Pelosi tweets photo with Giants legend Willie McCovey on Willie Mays' birthday
music
Chris Martin on new music from Coldplay: 'We were just throwing away any concept of limitation'
music
The 'Riverdale' cast, ranked by net worth
news
Applebee’s is sticking with a smaller menu - Here’s what staying and going
music
Jessica Alba makes $122 million in one day after The Honest Company goes public