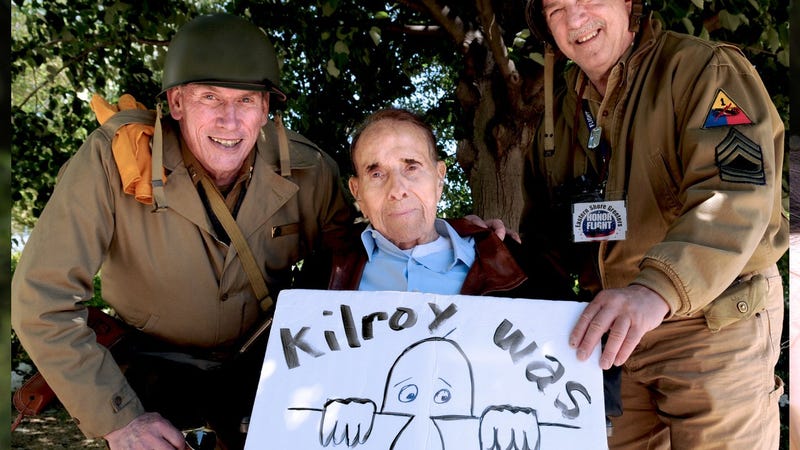 Former Sen. Bob Dole not only served during World War II, but he continued to fight for and honor those who served his whole life.

Dole, 98, died on Dec. 5 following a battle against lung cancer. He will be remembered as not only the national chairman of the campaign that brought the National World War II Memorial to Washington, D.C. but as someone who would often spend Saturdays at the memorial, greeting his fellow vets who were visiting the site, often without fanfare.

“We have lost one of our greatest friends: an American patriot who served his country on the battlefield and helped lead his country in times of strife; but, also in peace,” said Friends of the National World War II Memorial Chairman Josiah Bunting III in a statement. “He was an inspiration to all of us privileged to serve alongside him in our work.”

Dole enlisted in the U.S. Army as a college student and was appointed a second lieutenant in 1944, serving as a platoon leader in the legendary Tenth Mountain Division in Italy. In 1945, he was gravely wounded on the battlefield and was decorated for heroic achievement, receiving two Purple Hearts and a Bronze Star with one oak leaf cluster. 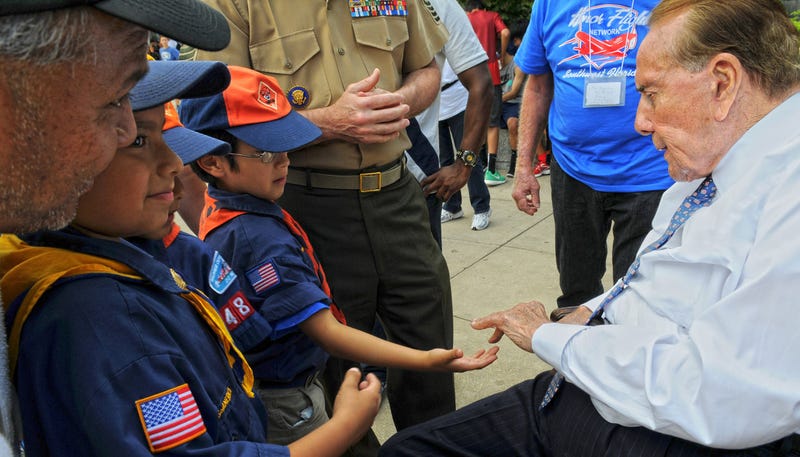 “He never knew what exactly tore into him in April 1945—a mortar, a shell, shrapnel, or a machine gun,” said Secretary of Defense Lloyd J. Austin III.

Confined to a full-body cast, it was unclear if Dole would ever recover. Austin continued in his statement.

“But he battled his way back and never forgot those who helped him -- including those in his hometown of Russell, Kansas who chipped in to help pay his way to Chicago for an operation,” he said. 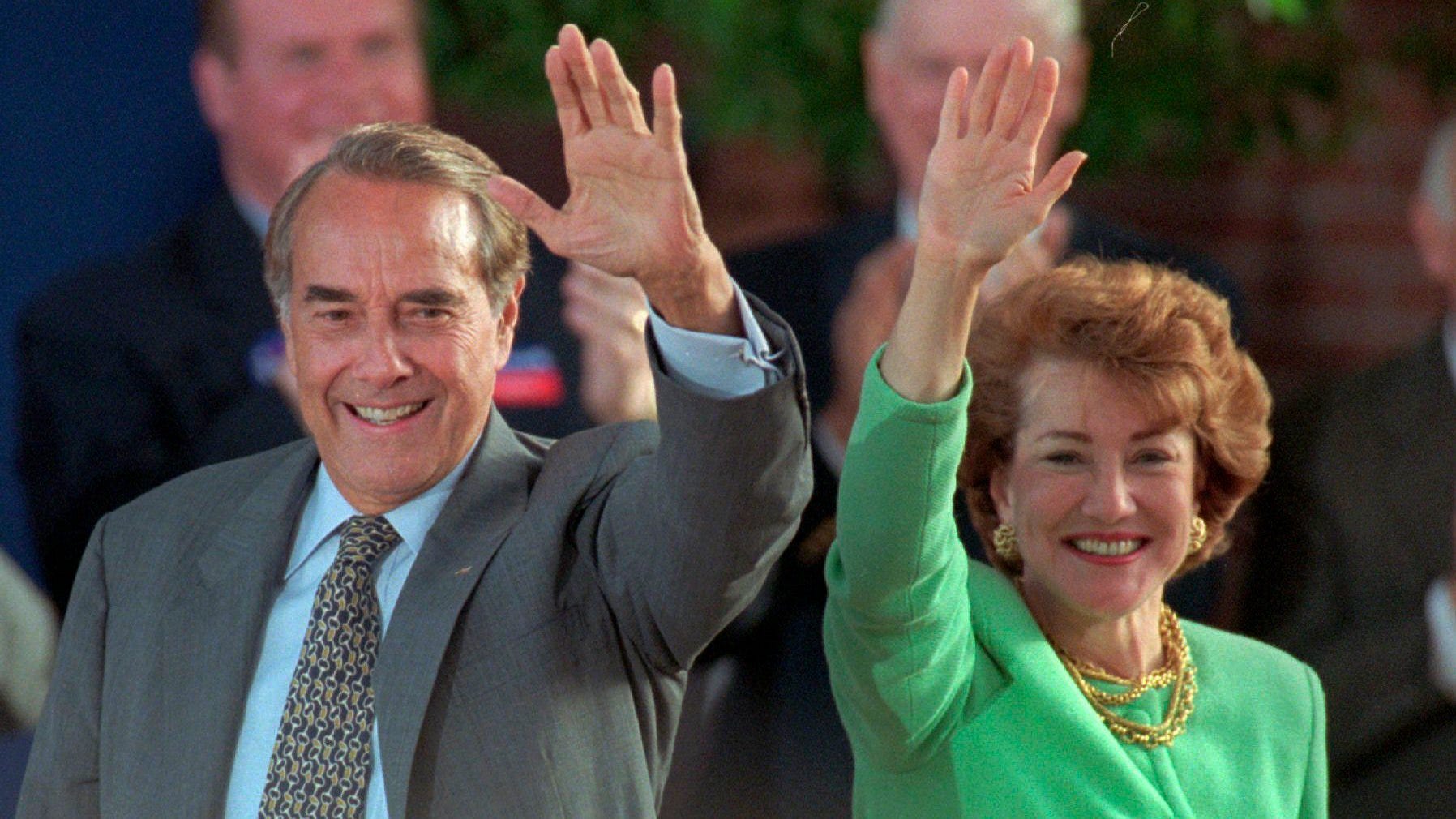 Dole went on to serve as a county prosecutor, a Kansas state legislator, a U.S. Representative, a Senator, and the Republican presidential candidate in 1996, running unsuccessfully against Bill Cli9nton.

“He was a man of uncommon strength, keen wit, and deep feeling,” noted Austin.

“Thanks to Senator Dole’s tireless work and dedication to the creation of this Memorial, the Memorial Campaign received more than $197 million in cash and pledges, allowing construction to begin in 2001 and the Memorial to be completed in 2004,” noted Bunting. 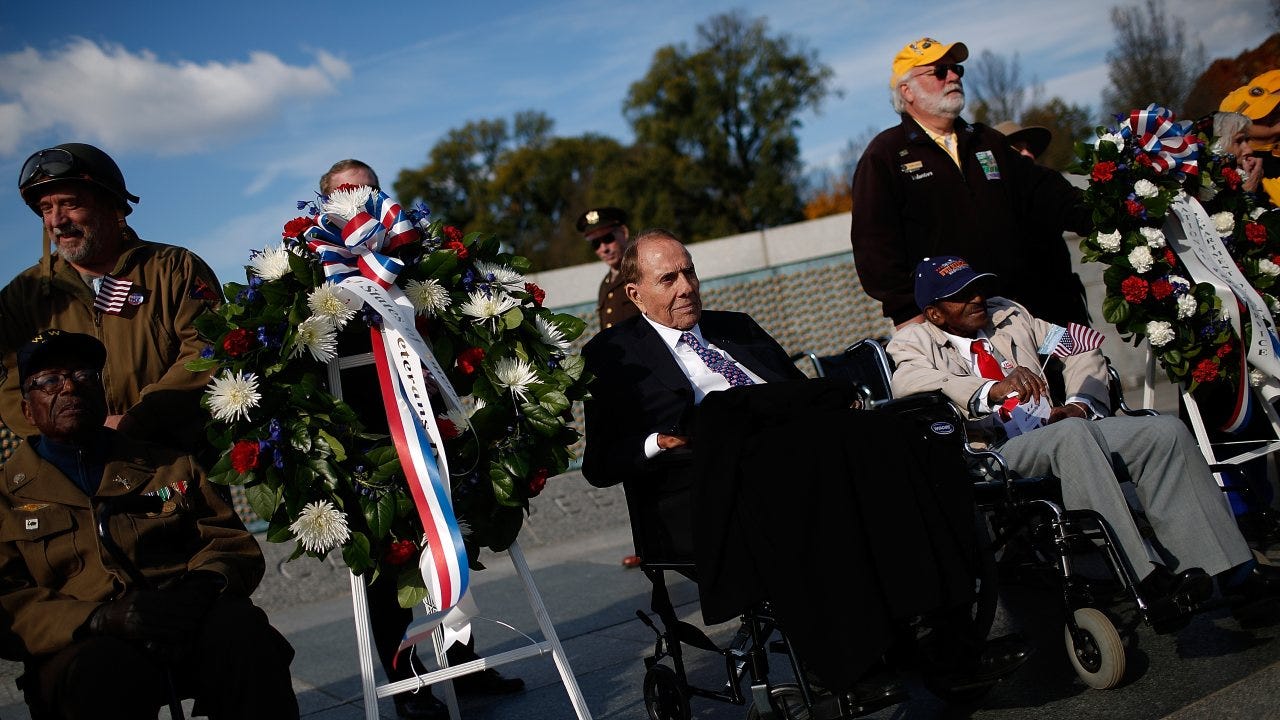 He also famously publicly defended the building of the World War II Memorial against those who opposed its addition to the National Mall.

“They want to save the Mall,” Dole said, referring to opponents of the memorial. “Well, we wanted to save the world. The Mall was part of the world. And we did our job.”

Following the dedication of the memorial, Dole could be found at the southern entrance to the Memorial on most Saturday mornings, greeting his fellow World War II veterans and welcoming them to their memorial.

“Throughout his life, Senator Dole truly embodied the values of the 'Greatest Generation' – as termed by Tom Brokaw – through his military service and his life of public service and philanthropy,” said Bunting.

Dole is survived by his wife, Elizabeth, and daughter, Robin.

More information about Dole’s life and legacy can be found here.