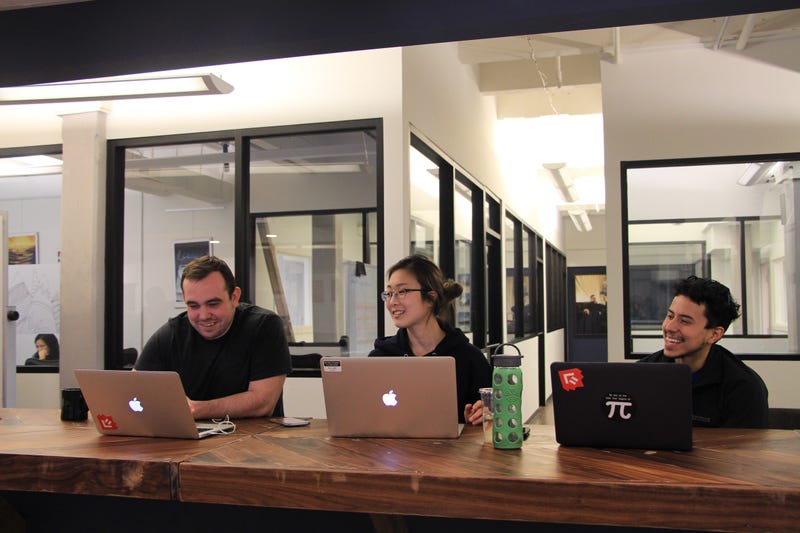 Between the challenges in transitioning out of the military on top of the ongoing COVID-19 pandemic, veterans and military spouses are facing an up hill battle as they leave the military and attempt to find new careers. However, a one year old non-profit called Code Platoon is looking to help.

“You can teach people viable skills in the tech industry in a short period of time using the boot camp model," Code Platoon coordinator Greg Drobny told Connecting vets. "Code Platoon is an intense 3/ ½ month program to start that career."

Code Platoon was founded by Rod Levy, who after a career in finance wanted to transition into something new himself, something to help veterans and military spouses. Partnered with JP Morgan/Chase bank, they are able to offer their training at low cost. "Tuition is 16 thousand dollars, but no one pays that," Droby said. "At the most anyone will ever pay is about three thousand because we fundraise for scholarships," with companies like Boeing chipping in to help the cause. There are also ways to use the GI Bill to cover expenses.

So we asked, how does it work? Where does a transitioning veteran or their spouse begin?

"The first step would be a simple application form. Then they get in contact with me and I introduce them to step two and the coding challenges that they have to pass," Drobny said. "For a lot of people it is intimidating, but we provide all the resources you need. Part of the process is us handing you free intro classes to get you to the point where you can pass those challenges."

This stage is essentially the selection phase, as Code Platoon wants to ensure that the prospective student is willing to do the work. Selection appears to be working, because once students enter the code boot camp, they have a graduation rate of 91% Drobny explained.

Due to COVID-19, the school has had to go entirely remote but thankfully coding is something you can learn to do from home.

"You're looking at 10-12 hour days of the fundamentals of software development and it is really based around understanding and coding languages. We focus on Java script and Python," in the course Drobny described and they will also receive some classes on networking and how to interview for a job.

"In the world of tech they are going to have you explain coding and do coding as a part of the interview process. We work on those attributes as well," he said.