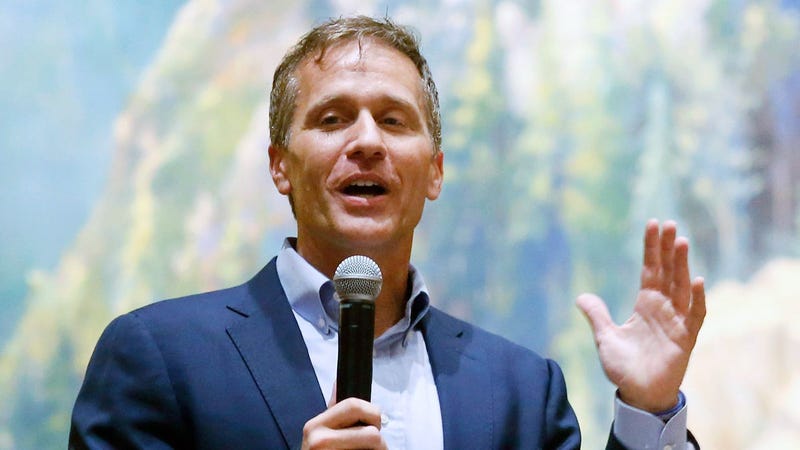 Former Missouri Gov. Eric Greitens, now a leading Republican Senate candidate, was physically abusive and demonstrated such “unstable and coercive behavior” that steps were taken to limit his access to firearms, according to new allegations from his ex-wife revealed in court records on Monday.

The sworn affidavit from Sheena Greitens is part of an ongoing child custody dispute in Missouri. A public affairs professor at the University of Texas, she sought divorce from Eric Greitens after a sex scandal which led to his resignation as governor in June 2018. She's now asking the court to move the custody case to Austin in part to spare her children from renewed public attention as Eric Greitens tries to mount a political comeback.

An attorney for Sheena Greitens did not immediately respond to a message seeking comment. In an emailed statement, Greiten's campaign manager, Dylan Johnson, called the allegations “completely false" and “politically-motivated."

“His ex-wife is engaged in a last-ditch attempt to vindictively destroy her ex-husband," Johnson said. “Eric has always been a great Dad, who loves his boys and has always put them first, and that is why he is filing for full custody of his children."

The allegations could complicate his bid to emerge from Missouri's Aug. 2 primary as the GOP nominee and potentially jeopardize his party's chance to hold onto a key Senate seat in the general election.

In the affidavit, Sheena Greitens casts her ex-husband as someone who threatened to use his political connections and influence in order to destroy her reputation to win custody of the children. 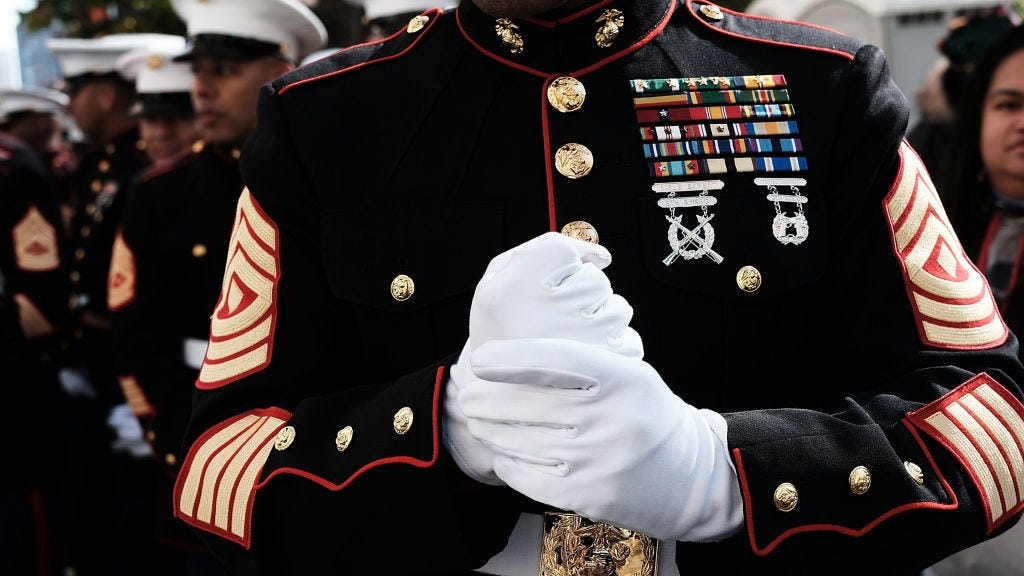 Woman charged with masquerading as an injured Marine to collect donations

“Prior to our divorce, during an argument in late April 2018, Eric knocked me down and confiscated my cell phone, wallet and keys so that I was unable to call for help or extricate myself and our children from our home,” Sheena Greitens wrote in the filing. “I became afraid for my safety and that of our children at our home,” later adding that his “behavior included physical violence toward our children, such as cuffing our then-3-year-old son across the face at the dinner table in front of me and yanking him around by his hair.”

Once a swing state, Missouri has become more reliably Republican in recent years. But the race to succeed retiring Sen. Roy Blunt is nonetheless receiving national attention because some in the GOP establishment are anxious that, with the allegations released on Monday and previous scandals, Greitens would face vulnerabilities against a Democrat. And with the Senate evenly divided, the GOP can't afford to lose what would otherwise be a safe seat.

Greitens was a rising GOP star after his 2016 election, a charismatic former Navy SEAL officer and Rhodes Scholar who founded a nonprofit benefiting veterans. He didn’t hide his ambition, either, reserving the website EricGreitensForPresident.com.

Republicans weren’t the only ones who courted him. A former Democrat, Greitens was approached by House Democratic campaign officials about running for Congress before the 2010 elections.

But that all seemed to fade after he was indicted on an invasion-of-privacy charge in February 2018 in St. Louis, accused of taking a compromising photo of his hairstylist without her consent during a 2015 extramarital affair. In short order, a Missouri House committee began investigating campaign finance issues, and Greitens faced a second felony charge in St. Louis, accused of providing his political fundraiser with the donor list of his veterans’ charity.

Sheena Greitens said her ex-husband admitted to her that he had, in fact, taken a compromising photo of his hairstylist that led to the felony invasion of privacy charge. But she says in the affidavit that he warned her that she could face legal trouble of her own if she ever disclosed that fact. She later learned that was not the case.

Eric Greitens mostly kept a low profile after his resignation in 2018. That changed last year after the Missouri Ethics Commission found “probable cause” that Greitens’ campaign broke campaign finance law, but also “found no evidence of any wrongdoing on the part of Eric Greitens, individually.”

Sheena Greitens' affidavit, however, offers a bleak picture of his waning days as governor. At one point, she said, Eric Greitens purchased a gun but refused to tell her where it was. He also threatened to kill himself “unless I provided specific public political support,” she wrote.

The behavior was so alarming, she wrote, that on three separate occasions in February, April and May 2018, “multiple people other than myself were worried enough to intervene to limit Eric’s access to firearms."

At one point, Eric Greitens made a reference to the fact that he had the children — and she didn't — while trying to persuade Sheena Greitens to delete emails she had sent to the family therapist seeking help, according to the affidavit. 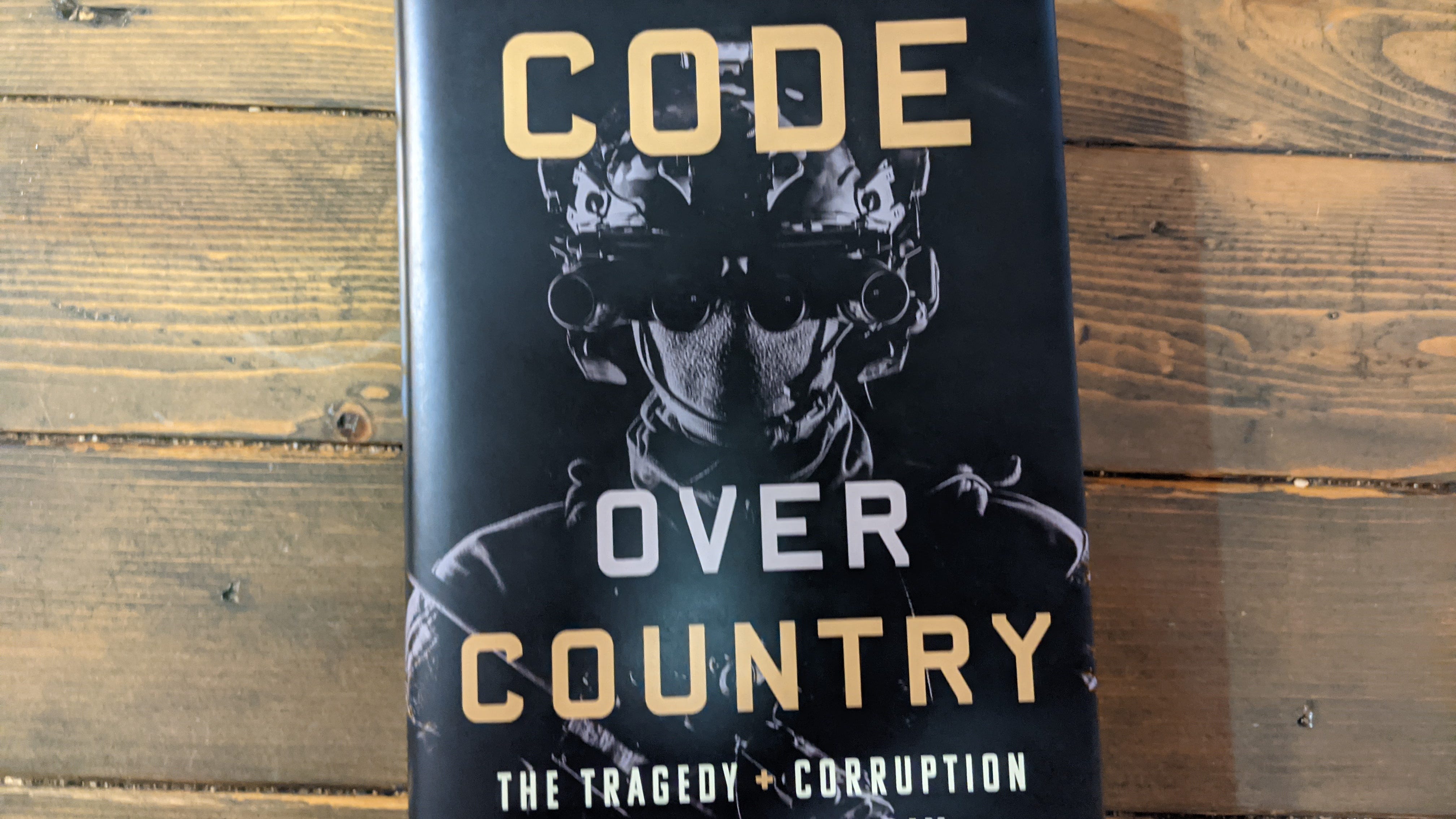 “Eric threatened to accuse me of child abuse if I did not delete the emails and convince the therapist to delete them,” she wrote.

She also said that during the same phone call, Eric Greitens berated her as a “hateful, disgusting, nasty, vicious ... lying b - - - h” while accusing her of providing information about him to prosecutors and the St. Louis Post-Dispatch newspaper.

A few weeks later, he grew angry and confronted her when she tried to fly with the children to her parents’ house, she said.

He “threatened to come to the airport and have me arrested for kidnapping and child abuse, saying that because of his authority as a former governor who had supported law enforcement, the police would support him and not believe me."

In 2020, after informing Eric Greitens that she accepted a job at the University of Texas, she said he threatened “to use his political influence to get my job offer revoked.” 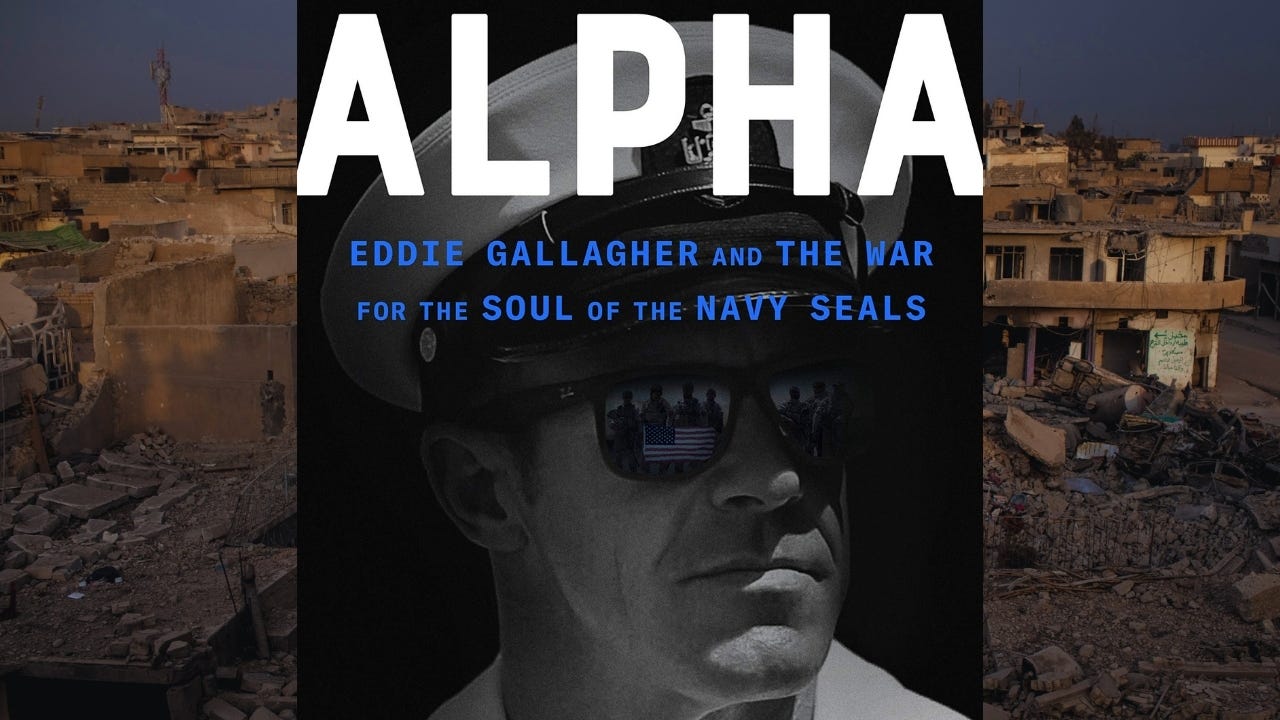 Alpha, Eddie Gallagher, and the war for the soul of the Navy SEALs

Her ex-husband's reemergence in politics has been taxing, Sheena Greitens said in the affidavit. Meanwhile, his past ability to influence law enforcement and appoint judges, as well as the even greater power he would obtain as a senator are “extremely intimidating,” she wrote.

“Now that Eric is a candidate for federal office, public interest in my life, my relationship with Eric and the breakdown thereof, and the existence of issues of custody between Eric and me are being re-kindled and brought back into central public discussion,” Sheena Greitens wrote.

“The weight of these facts and the intimidation they cause” justifies moving the case to Texas, she wrote, where “the reach of his power and influence is significantly less.”